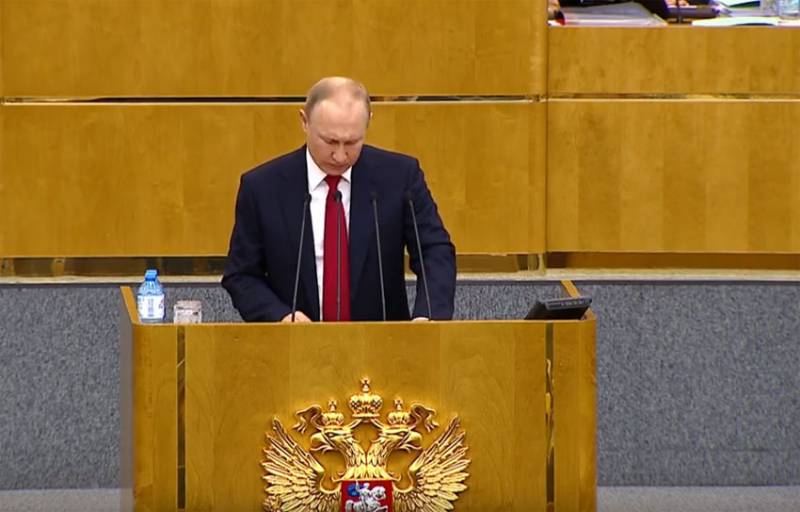 The Russian State Duma proposed removing the restriction on presidential terms after the adoption of amendments to the Constitution. Such a proposal was made by the deputy from the party "United Russia" Valentina Tereshkova.

I propose either to remove the limitation of the presidential term, or to write in one of the articles of the draft law the provision that after the entry into force of the updated Constitution, the current president, like any other citizen, has the right to be elected to the post of head of state
- said Tereshkova, turning to deputies with a request to support her initiative and help "legally formulate the necessary amendment."

Full text of the amendment:

Meanwhile, Russian President Vladimir Putin, speaking in the State Duma today, called inappropriate the proposal to remove from the Constitution a limit on the number of presidential terms.

From a statement by the head of state to lawmakers:

We will do our best to strengthen our country until at least 2024, and there we will see.
At the same time, Putin noted that the option of the so-called “zeroing the deadlines” would be possible if the judges of the Constitutional Court give permission for such an amendment.

We do not accept the new Constitution, but introduce significant amendments to it.
According to the president, on the background of stability, the change of power is important for the dynamic development of the country.
Ctrl Enter

We are in Yandex Zen
Disputes around the new amendments to the Criminal Code of the Russian Federation on the concepts of espionage and treason
Does Russia need a new constitution?
542 comments
Information
Dear reader, to leave comments on the publication, you must to register.