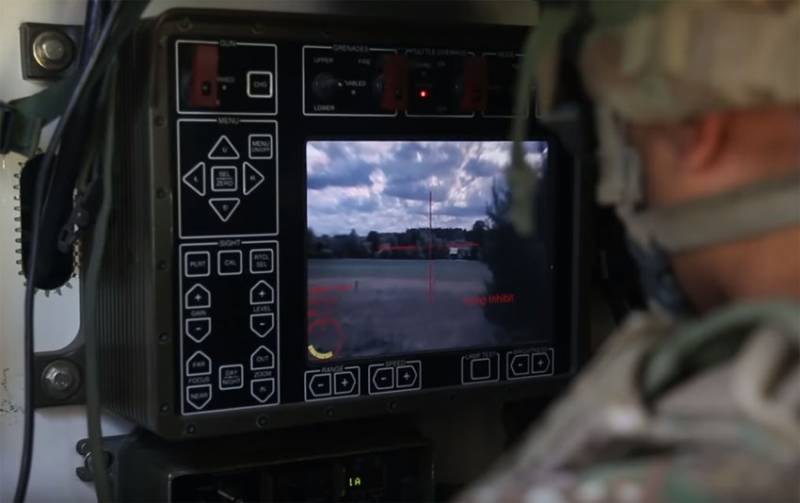 The official representative of the Russian Foreign Ministry, Maria Zakharova, made a statement in connection with the exercises that began in Europe of the North Atlantic Alliance Defender Europe 2020 (Defender of Europe 2020).


The American Minister does not like the behavior of Russia

So the Foreign Ministry reacted to a statement by US Secretary of Defense Mark Esper at a briefing on the exercises of Defender Europe-2020. The head of the Pentagon emphasized: the purpose of these maneuvers near the borders of Russia is to send a certain signal to Moscow in order to force it to change “bad behavior”.

Mark Esper did not explain what exactly does not suit Americans in Russia's actions. But in the comments of the Russian Foreign Ministry, our claims to America are formulated quite clearly. It is the United States, according to Maria Zakharova, who collects the shock fist of NATO at the borders of Russia.

The already mentioned Defender Europe 2020 maneuvers will be the largest over the past quarter century. About 40 thousand servicemen and 17 NATO countries will take part in them. Now there is a transfer of personnel and weapons from the United States to Europe. The active part of the exercises will be held from April 20 to May 20.

Who threatens peace in Europe

Meanwhile, the Crystal Arrow 2020 maneuvers are already underway in Latvia these days. They started on the second of March. 2,5 thousand military men from Latvia, Albania, the Czech Republic, Denmark, Italy, Canada, Montenegro, Poland, Slovakia, Slovenia and Spain are involved in exercises in the Baltic Republic.

Along with the exercises in Latvia, NATO maneuvers began in Norway. Here they are much larger. About 15 thousand military men from the USA, Great Britain, Germany, France, the Netherlands, Belgium, Sweden, Norway and Finland are preparing combat operations in the Arctic.

NATO strategists hypocritically claim that the alliance’s forces “are aimed at increasing the bloc’s ability to deploy and coordinate actions against any enemy.” However, it is obvious to any sane observer: the goal of NATO activity in the Baltic region and in the north of Scandinavia is Russia.

Last year, the Americans deployed six B-52 strategic bombers from across the ocean to Britain and now they iron the Baltic sky in the border neutral zone. It got to the point that one of the aircraft carried out conventional bombing near the borders of Russia, dropping a training bomb at sea at a distance of 150 km from the Russian naval base.

Experts regarded this action as a blatant provocation. Since the Russian military could take the actions of a bomber for a real attack. Then the incident would develop into a military clash between the military of two nuclear powers. The chief of the General Staff of the Armed Forces of Russia Valery Gerasimov recalled this at the end of February at a meeting with his French counterpart Francois Lekuentrom.

“There are a number of issues of serious concern,” said General Gerasimov. - First of all, it is an increase in NATO military activity at the Russian borders. The exercises planned for the near future are conducted on the basis of anti-Russian scenarios involving the development of offensive operations. ”

The assessment of the chief of the Russian General Staff objectively shows who actually threatens peace in Europe. NATO’s activity has a really petty little soul. The Defender of Europe 2020 exercises will be held just during the celebrations in Moscow on the occasion of the 75th anniversary of Victory in the Great Patriotic War. A kind of NATO "gift" to our country.

This is the juxtaposition of NATO warriors to the real defenders of Europe in 1945, to the victors in the most difficult war for history humanity causes a negative feeling. After all, whatever one may say, today, under the NATO banners, mainly the heirs of those who, along with Hitler, went to Moscow, are gathered.

Now, with the tacit consent of the former allies of the USSR, they are trying to revise the history of the war. Last September, the European Parliament adopted the scandalous resolution “On the Importance of Preserving Historical Memory for the Future of Europe”, in which it declared: “The USSR and Nazi Germany were equally totalitarian regimes aimed at conquering the world” and divided the responsibility for the war between Hitler and Stalin in two.

It is noteworthy that the German MPs from Christian Democrats, Liberals, Greens, and Social Democrats voted for the resolution without exception. Just yesterday, repenting for Hitler’s crimes, they now smoothly shift the blame for the war to the USSR.

The Bundeswehr contingent will meet our Victory Day at the western borders of Russia. And even if the Germans are now backing Americans, the symbolism of the Defender of Europe 2020 maneuvers should be understood even by the most dumb politicians. Understand the full extent of the degradation of the Western elite, which started military games near the borders of Russia on our Victory Day.

“In the history of Russia there were many who tried to threaten her by rattling weapons. All these attempts ended ingloriously, ”Maria Zakharova reminded the“ Western partners ”on the agency’s website. And we do not need to remind it.

We are in Yandex Zen
Russians are everywhere. Applied Russophobia as a way to get a ministerial portfolio
Situational analysis of the death of the MH17 flight (Malaysian Boeing 777), made on the basis of engineering analysis from 15.08.2014
64 comments
Information
Dear reader, to leave comments on the publication, you must to register.