Syria, March 10: shelling of a Turkish column and advancement of a Shiite militia 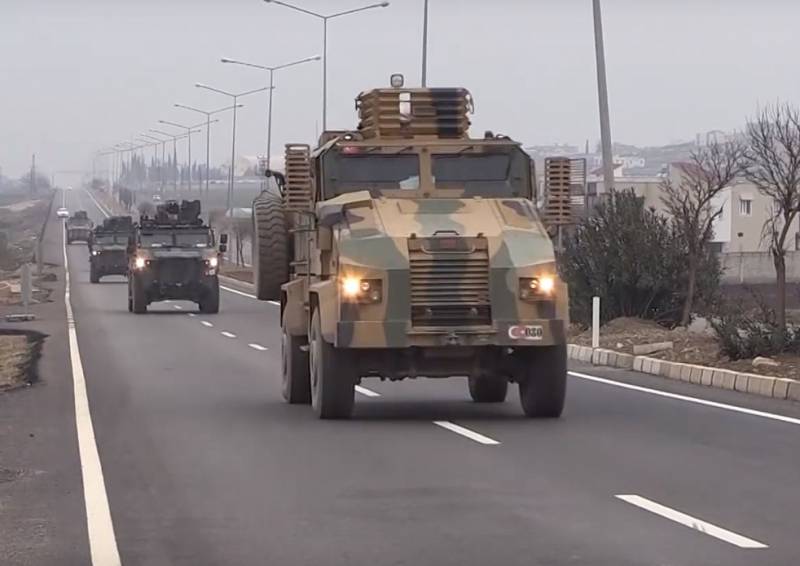 Despite the ceasefire decision reached during the meeting between Putin and Erdogan, clashes between the troops loyal to Bashar Assad and militants continue in Syria.

The Idlib Post portal announces the arrival of Hezbollah, Liva Fatimiyun and Islamic Revolutionary Guard Corps to the demarcation line. Shiite militias are moving from the villages of Kafray, Al-Foy and Nubl al-Zahra. Their concentration in the area may indicate that the Syrian military command will prefer to fight against the militants with the help of foreign volunteers.

A more tense situation is observed in the province of Aleppo. Information on events in this region is controversial. So, in Telegram, information appeared that Iranian Islamic Revolutionary Guards Corps units allegedly fired at a Turkish convoy, which was advancing into a zone under the control of opposition groups. However, this is unverified information.

On the western outskirts of Aleppo, SAA sappers destroyed mines and other ammunition captured in the militants' depots. It was the actions of sappers that caused the spread of information about a series of explosions in the western part of the city. But, as it turned out, it was not worth worrying too much - it was not a collision, but planned work to destroy dangerous finds discovered in the city.

Thus, despite the ceasefire, opponents periodically fire at each other. The nomination of Shiite militias indicates that, as we predicted, Syria and Turkey, during the observance of the ceasefire, can begin to fight with the wrong hands.

A truce is a temporary measure that sooner or later will be violated by either the Turks or the Syrians. At the same time, the international community, represented by the USA and Western Europe, negatively inclined towards Damascus, in any case will blame the failure of the ceasefire on the Syrian side.

Syria, in turn, called for help pro-Iranian formations, including Lebanese, Afghan, Pakistani Shiite volunteers. In the case of the latter’s actions against Turkish troops, Damascus will always have the opportunity to say that the shelling was not carried out by Syrian government troops, but by armed groups of foreign volunteers who did not obey Damascus.

Now the Syrian command will try, with the help of Shiite militias, to gradually push the militants of the pro-Turkish groups from their positions. If the militias do not have enough resources for this, then there will be no obstacles in order to transfer military equipment of government troops to them, possibly with crews.
Ctrl Enter