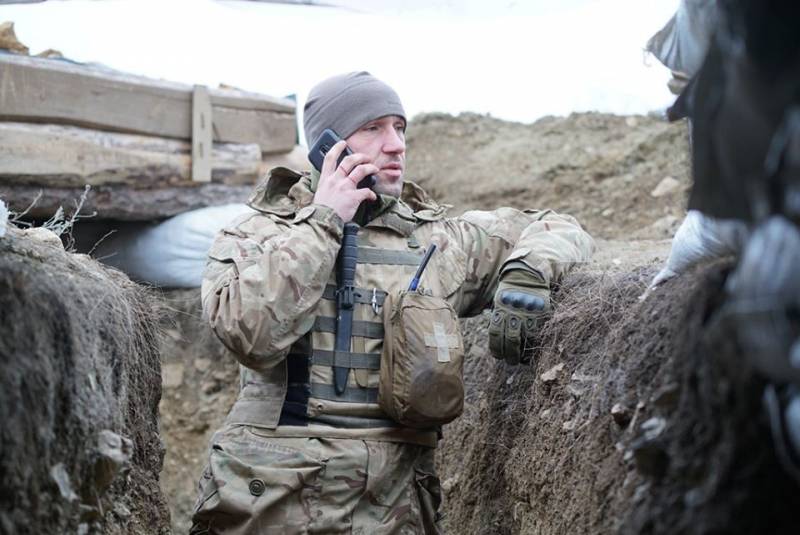 In the Donbass, the situation again worsened. Alarming information comes from both sides of the conflict, while the Ukrainian side accuses the DPR and LPR of violating the ceasefire.


On the evening of March 9, the command of the Operation of the Combined Forces of Ukraine stated that the armies of the Donetsk and Lugansk people's republics allegedly violated the ceasefire six times. On March 10, allegedly 10 violations by the Donetsk and Lugansk military became known. In the Avdeevka area, as reported by the OOS headquarters, the fire was fired from grenade launchers and heavy machine guns. Six shellings were recorded by the Ukrainian side in the areas of Orekhovoy, Zaitsevo, Vodyanoy, in Novolugansk, Lugansk and Travnevy.

According to the Ukrainian command, at 09:44 on March 10, the Donetsk military, called Kiev "Russian armed forces", opened artillery fire on the village of Pesky, as a result of which the GAZ-66 of the Armed Forces of Ukraine was shot down. One Ukrainian soldier was seriously injured and died during an attempt to evacuate. Three more Ukrainian soldiers were injured near the Svobodny farm.

According to representatives of the LPR People’s Militia, Ukrainian servicemen received non-combat losses in the area of ​​the Zolotoye village. There, three servicemen of the 93rd Armed Forces brigade of the Armed Forces went to the village with the aim of acquiring alcoholic beverages, but upon return they were fired upon by their own colleagues, who mistook them for enemy soldiers. Violations of the existing ban on the purchase of alcohol by military personnel are one of the most common causes of non-combat losses in the ranks of the Ukrainian army. But the low level of discipline of the personnel of the Armed Forces of Ukraine leads to similar consequences.

By the way, in a special statement, representatives of the Lugansk People’s Republic noted that the Ukrainian command often tries to write off non-combat losses due to hazing or alcohol abuse to the actions of the military of the LPR and the DPR. For example, often the victims of shelling are Ukrainian soldiers who commit suicide or fall victim to drunken showdowns.

The official representative of the LPR People’s Militia, Yakov Osadchiy, accused the Ukrainian side of intentionally destabilizing the situation near the contact line in the Donbass. In particular, the Ukrainian military themselves periodically begin to shell not only the positions of the republican armies, but also residential areas. For example, when shelling the village of Zaitsevo in the vicinity of Gorlovka, a civilian was injured. The Ukrainian military also fired at the village of Krutaya Balka, and fired from heavy machine guns.

In total, only on March 9, the Ukrainian army fired at least 16 times at the positions of both the republican police and residential quarters. So, the areas of the airport, the villages of Spartak and Petrovskoye, the villages of Krasny Partizan, Zhabichevo, Panteleimonovka, the Trudovskaya mine, the Izotovo mine, came under fire. Most often, the Ukrainian military conduct shelling from mortars, heavy machine guns, small arms weapons. From 82-mm mortars, easel anti-tank grenade launchers, settlements of Logvinovo and Lozovo were fired.

Naturally, the Ukrainian media disseminate opposite information, accusing it of exclusively shelling the DPR and LPR and completely denying the actions of the Ukrainian Armed Forces against civilians in the Donbass, including shelling of residential areas.

Such tactics of the Ukrainian side are aimed at provoking retaliatory actions on the part of the DPR and LPR and to confirm the negative image of the republics in the eyes of the world community. It is beneficial for Kiev to demonstrate the alleged aggression from Donetsk and Lugansk in order to continue to solicit financial assistance from the United States and the European Union.