The memory of the Maykop massacre and historical unconsciousness 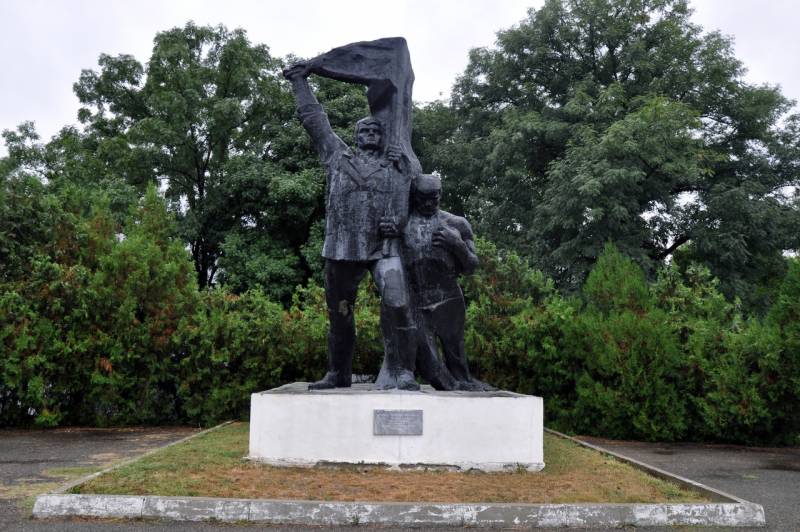 Monument to the victims of the Maykop massacre

After the Maykop massacre of September 1918, oddly enough, General Viktor Leonidovich Pokrovsky not only lost his rank and position, but also went up the career ladder. At the beginning of 1919, Pokrovsky, who was already called a hangman for his eyes, became the commander of the 1st Kuban Corps, which is a unit of the Armed Forces of the South of Russia. Moreover, the fact of discrediting the White movement by Pokrovsky was already clear to everyone. Later in numerous memoirs this will be explained by some striking lack of will and indulgence of Denikin in relation to senior officers. But, one way or another, Pokrovsky continued his bloody journey.

Pokrovsky in the memoirs of colleagues and accomplices

The White Guards who migrated abroad, including former friends of Pokrovsky, left enough memoirs to complete the portrait of the Maykop executioner. So, Baron Peter Wrangel, who also left a considerable “glory” on his own, wrote about the orders that Pokrovsky established in Yekaterinodar after the Maykop massacre:

“The most reckless revelry happened all the time in the military hotel of Yekaterinodar. At 11-12 p.m. a group of drunken officers appeared, the songwriters of the local guard division were introduced into the common room, and there was a carouser in front of the public. All these outrages were carried out in front of the headquarters of the commander in chief, the whole city knew about them, and at the same time nothing was done to stop this debauchery. "

And do not think that the Maykop massacre has become something out of the ordinary in the behavior of Pokrovsky. It is not for nothing that many authors attribute the authorship of the phrases “The view of the hanged man revives the landscape” and “The view of the gallows improves the appetite”. Back in July 1918, when Viktor Leonidovich took Yeysk and the local bourgeoisie met him with “bread and salt,” the gallows were first built in the city center in the city garden. When even the officers began to criticize such a decision, Pokrovsky answered them: "The gallows have their meaning - everyone will be quiet." The gallows were supplemented by widespread flogging of the population. So, the Cossacks of Pokrovsky flashed the teacher of the village of Dolzhanskaya for the "evil language", and at the same time the midwife from the village of Kamyshevatskaya. Pokrovsky installed the exact same gallows in Anapa at the end of August 1918. 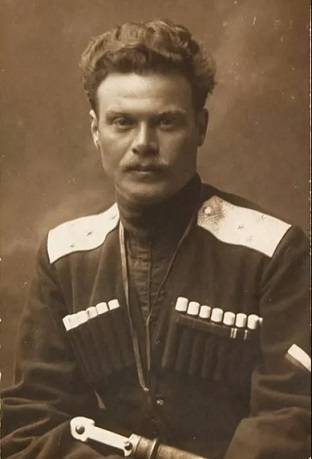 Andrey G. Shkuro
And here is what Andrei Grigoryevich Shkuro, a direct friend of Pokrovsky, recalled, a lieutenant general who joined the Nazis and received the rank of SS gruppenfuhrer:

“Where Pokrovsky’s headquarters stood, there were always many who were executed and hanged without trial, on one suspicion of sympathy for the Bolsheviks.”

The "glory" of Pokrovsky instantly spread throughout the Kuban region and the Black Sea province, which did not prevent him from continuing his bloody terror. Nikolai Vladimirovich Voronovich, an officer, a participant in the Russo-Japanese and World War I, the commander of the "green" detachment, who never had warm feelings for the Bolsheviks, described his impressions of Pokrovsky’s atrocities:

“A peasant from the village of Izmailovka Volchenko, who arrived in Sochi, recounted even more nightmarish scenes that were playing before his eyes when Maykop occupied the detachment of General Pokrovsky. Pokrovsky ordered the execution of all the local council members and the rest of the prisoners who had not managed to escape from Maykop. To intimidate the population, the execution was public. At first it was supposed to hang all those sentenced to death, but then it turned out that the gallows would not be enough. Then feasted all night and pretty tipsy Cossacks turned to the general with a request to allow them to chop off the heads of the convicted. The general allowed ... Very few killed right away, after the first hit the majority of the drafts jumped up with gaping wounds on their heads, they fell back to the chopping block and again began to chop ... Volchenko, a young, 25-year-old guy, became completely gray from the experience in Maykop ... " 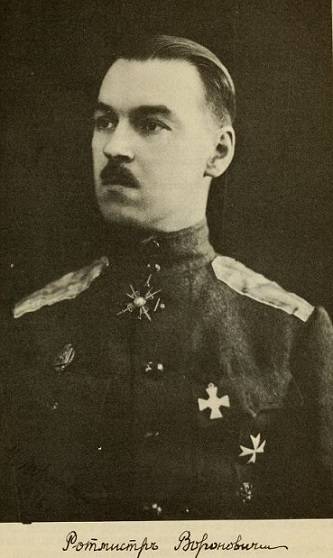 Nikolai Vladimirovich Voronovich
The cruelty and criminality of Pokrovsky’s actions left their mark in the memoirs of the former White Guards already in exile, which is noteworthy. Even against the backdrop of a global catastrophe for the White movement, tyranny and bloodiness of Pokrovsky gave him a special place. Here is what Lieutenant-General, hero of the First World War and personnel officer Yevgeny Isaakovich Dostovalov wrote in his Essays:

“The path of such generals as Wrangel, Kutepov, Pokrovsky, Shkuro, Postovsky, Slashchev, Drozdovsky, Turkul, Manstein (meaning“ one-armed devil ”Vladimir Vladimirovich Manstein), and many others were dotted with hanged and executed without any reason and trial. They were followed by many others, with lesser ranks, but no less bloodthirsty ... However, admittedly, General Pokrovsky, who was killed in Bulgaria, was the most bloodthirsty and cruel in the army. ”

The resignation and death of Pokrovsky

Despite his reputation, Viktor Leonidovich was dismissed only at the beginning of 1920. Moreover, the root cause of the resignation was not mass executions without trial, but the complete decomposition of the troops under the command of Pokrovsky. At the same time, Pokrovsky himself continued to resent the fact that the available military forces in his hands were simply not enough to solve the tasks. As if regular drinking and folly of him were irrelevant. 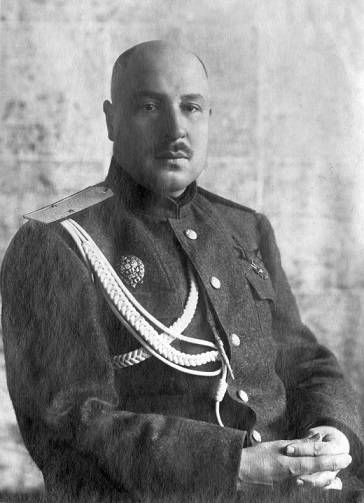 “Pokrovsky’s headquarters rather resembled the camp of a robber chieftain: no law, arbitrariness and bacchanalia of his drunk and ignorant“ retinue ”were an everyday occurrence. The nominal chief of staff, General Siegel, did not play any role. The duty general, General Petrov, served only as the executor of Pokrovsky’s will, including executions without trial. ”
Even more ironic are the recollections of the aforementioned Shkuro, who personally participated in Pokrovsky's drinking bouts:

“I arranged an honorary meeting with the general. In front of the shelves we built, we drank the “you” with Pokrovsky; our Cossacks were brothers; the villages rejoiced. "

As a result, in 1920 Pokrovsky was out of work and arrived in Yalta, where he fully showed his adventurism and tyranny. In Yalta, he demanded the complete subordination of the local authorities to his own person, carried out a "mobilization", which consisted in the detention of all men who got on the street who could not even keep a rifle. Naturally, this “army” quickly fell apart and fled. But Pokrovsky continued to hope for a high post in the army. Victor's hopes collapsed only after the election of Wrangel as the commander of the All-Union Socialist League, and then the Russian Army. The Baron considered Pokrovsky an adventurer and an intriguer, and therefore openly disdained them.

Finally, Pokrovsky, unhindered by his means, who became the object of close attention of counterintelligence for the habit of traveling with suitcases of gold and precious stones, migrated abroad. For two years, this bloody adventurer wandered around Europe until he settled in Bulgaria, planning to create a terrorist organization of Russian migrants to carry out actions against the Bolsheviks in Russia. And he succeeded, but only in part. Victor Leonidovich Pokrovsky
The first operation to secretly transfer a group of anti-Bolsheviks to raise an uprising in the Kuban ended in arrest in the port of Varna. Pokrovsky managed to escape. Realizing that Pokrovsky’s new gang would not be able to organize terror in the Kuban, they began hunting for activists of the so-called “returnees” movement, that is, those who dreamed of returning to their Soviet homeland. 25-year-old Alexander Ageev was killed. After this crime, local authorities were forced to start an investigation and put Pokrovsky on the wanted list.

The general decided to escape to Yugoslavia, but in the town of Kyustendil (now not far from the border with Macedonia), policemen attacked his trail due to anonymous denunciation. During the detention, Pokrovsky resisted and died from a bayonet strike in the chest. Thus ended the life of a bloody general, a lover of power and an executioner of thousands of innocent people.

Unfortunately, the political situation in our country affects history more serious than facts and eyewitness accounts. Since the 90s of the last century, the trend towards an exclusively complimentary reference to both the White movement and its participants has only gained momentum. It came to fantastic cynicism: in 1997, the monarchist organization “For Faith and Fatherland!” filed a request for the rehabilitation of generals who collaborated with Germany during World War II and executed in the USSR. Among these "generals" were such types as Krasnov, Shkuro and Domanov. 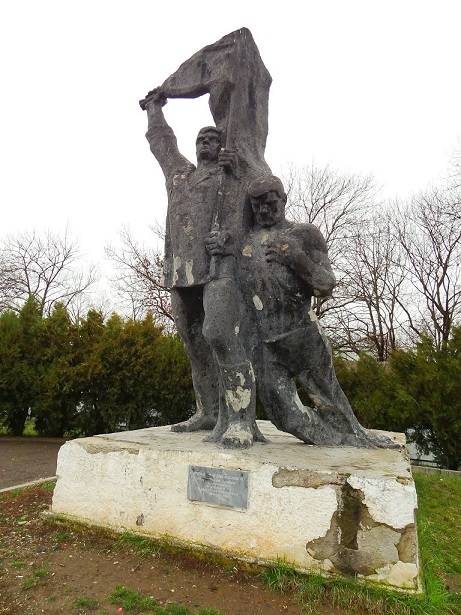 Monument in Maykop
But in order to wash away the blood, it is necessary to forget the history itself. Therefore, on various resources of very peculiar “non-White Guardsmen”, from which he is smitten with a crunch of French rolls and splashes of champagne, the biography of most of the White movement’s figures has been cleaned up to indecent. So, in the biography of Pokrovsky on most such sites there is not even a mention of the Maykop massacre and the decomposition of the troops entrusted to him. This looks especially piquant against the background of the fact that the leaders of the White Guards themselves wrote in their memoirs about former colleagues.

Author:
Eastern wind
Articles from this series:
Three days and three nights of the Maykop massacre
The executioner Pokrovsky and the assault on Maykop

We are in Yandex Zen
The triumph and tragedy of the "black baron"
"General's Council of Deputies" or as chosen by the Commander-in-Chief of Wrangel
46 comments
Information
Dear reader, to leave comments on the publication, you must to register.