MH17 trial: what happened on the first day of the trial 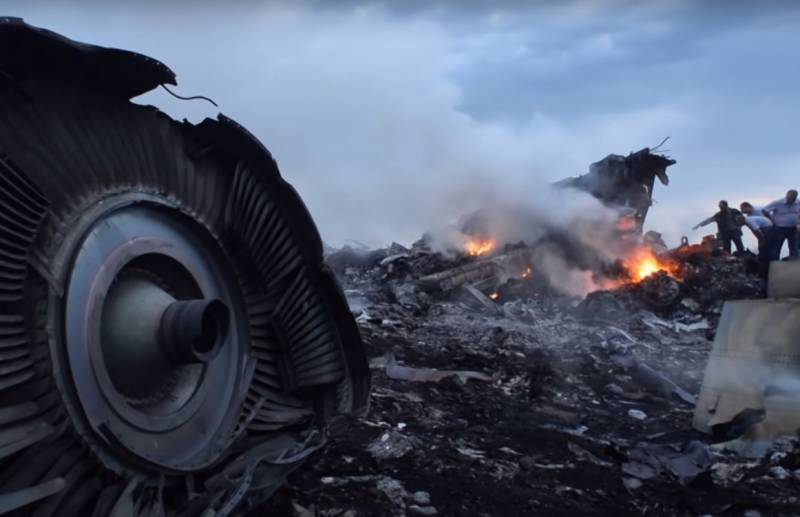 In the Netherlands, the first court session was held in the case of the fall of the liner MH17, which was shot down in the sky over the Donbass. The defendants did not appear at him. The prosecutor outlined the position of the prosecution.


The chairman of the court, Hendrik Stenhuis, first noted that, despite all the measures taken, not one of the four people who were charged with the trial appeared. Recall that the former Minister of Defense of the Donetsk People’s Republic Igor Girkin (Strelkov), as well as Sergey Dubinsky, Oleg Pulatov and Leonid Kharchenko are accused of involvement in organizing a strike on the plane. The first three accused are citizens of Russia, Kharchenko is a citizen of Ukraine.

Only Oleg Pulatov is represented by a lawyer, all other accused subpoenas and messages on social networks were ignored. However, according to the judge, this will not become an obstacle to the process - the accused will be tried in absentia. The joint investigation team, which submitted the case file to the court, included representatives from Australia, Belgium, the Netherlands, Malaysia and Ukraine. Russia was not allowed to investigate the tragedy as part of the SSG, and therefore does not consider the ongoing trial to be legitimate.

After the judge’s speech, prosecutor Vard Ferdinandusse, representing the prosecution, took the floor. He repeated the earlier voiced version of the investigation - the Malaysian plane was allegedly shot down by a missile fired from the Buk anti-aircraft missile system belonging to the 53rd anti-aircraft missile brigade of the Armed Forces of the Russian Federation. The air defense systems were allegedly transferred to the Donbass, and then they were just as quickly taken to the brigade’s permanent deployment area. The prosecution also believes that the crew of the Buk air defense system was Russian.

Despite the fact that journalist Max van der Werff published part of the documents of the Joint Investigative Group, including a letter from the Netherlands intelligence service, which stated the absence of Buk air defense systems in 2014 in the area of ​​the aircraft’s shooting down, the investigation still ended up accepted the version that the liner was shot down by the Russian Buk, and submitted it to the court.

Prosecutor Ferdinandusse also emphasized that the accused should be held accountable for their actions in any case, even if the plane was shot down by mistake, and not intentionally. In response, the lawyer of Oleg Pulatov, the only accused who decided to participate in the trial, albeit “remotely”, hiring lawyers, made a statement about the non-involvement of his client in the tragedy with the Malaysian plane. Pulatov’s defense also focused on the fact that Ukraine did not close its airspace for aircraft, despite the fact that air defense systems were operating in the Donbass region.

Lawyer Peter Langstraat, representing the interests of the victims, said that now he and his colleagues are protecting 400 relatives of people killed in a plane strike. In addition to this process, they will also file civil suits against Malaysian Airlines.

The defendants chose the right strategy to not go to court in person. In the event of a personal appearance, they would be arrested and are unlikely to have already left the Dutch prison. Moreover, the process is openly political in nature, which was already clear at the stage of the investigation: Russia was not included in the Joint Investigative Group, and investigators did not take into account the materials of alternative investigations, and even the data of the Dutch intelligence, as we see, did not become a weighty argument in favor of rejecting the version with the Russian Buk.

Independent experts make various assumptions about the timing of the trial. Most Russian and foreign experts agree that the process will take several years. It will take the court in The Hague about five years to examine all the circumstances of the case, listen to the arguments of the parties, make a decision and pronounce sentences.

We are in Yandex Zen
Situational analysis of the death of the MH17 flight (Malaysian Boeing 777), made on the basis of engineering analysis from 15.08.2014
Results of the week. "God forbid to see Russian revolt, senseless and merciless!"
113 comments
Information
Dear reader, to leave comments on the publication, you must to register.