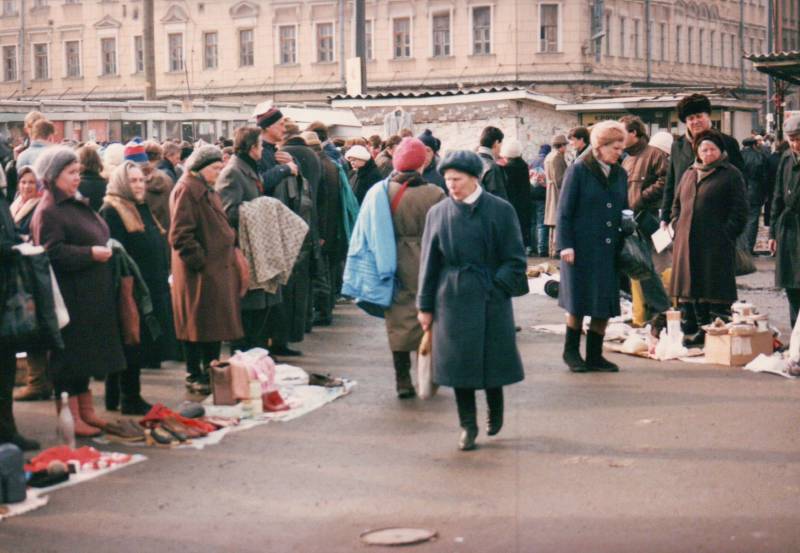 Today, remembering with kind words the events that took place in our country at the end of the last century, let's say, is not accepted. The complementary assessments of that period can only be heard among the most inveterate liberals, for whom the collapse of totalitarianism is much more valuable than all the economic and social failures that accompanied the democratization of society. And yet - is it really impossible to find at least one or two positive ones among the numerous reforms of the 90s?


Price liberalization, a complete rejection of their state regulation, the invisible hand of the market ... As a result, not liberal, but predatory prices for the vast majority of consumer goods were obtained. We got the overflowed counters that we had dreamed about, but in addition, the main majority of our citizens got completely empty pockets. The fall in GDP and industrial production only from 1991 to 1995 by 20%, a decrease in the number of investments in 1991-1998 by 70%. There is nothing to say about the wildest hyperinflation, “burnt out” deposits on savings books. The ruble was denominated in 1998 1000 times.

The liberalization of foreign trade. This reform not only opened up opportunities for the sacking of the country, exporting beyond its pennies everything that had at least some value, but also became a killer of the national economy. The same light industry for some five to seven years has fallen by 90%! Russia was flooded with cheap consumer goods, which were brought into it from around the world, the domestic producer was completely buried under this rampart. The result is closed enterprises, impoverishment of people, an economy that for years has turned into a huge bazaar spreading all over the country.

Privatization. Here it’s hard to find censorship words at all. From 127 to 145 thousand (according to various estimates) state-owned enterprises that sailed into private hands for mere pennies, or even practically for nothing. A voucher scam that can be safely nominated for century fraud, at least in its scale and degree of cynicism. It is not for nothing that a biting name was born among the people: “privatization”. What did we get as a result? Again, ruined industry, unemployment, the colossal social stratification of society in the form of a crowd of hungry and angry people and a handful of nouveau riche. Crime in its most unbridled and dangerous forms. For years, the country has been balancing on the brink of civil war, sometimes this line, in fact, stepping over ...

This is not the moan of a reflective scoop. American economists P. Reddue and D. Glinsky once wrote a book under the eloquent title: “The Tragedy of Russian Reforms.” In it, by the way, they indicate that GDP and industrial production in Russia in 1992-1998 decreased more than in the USSR during the Great Patriotic War or in the USA during the Great Depression. Another American, just a historian, Stephen Cohen, defined the reforms of the 90s as “unprecedented stories Twentieth century economic disaster and demodernization of an entire country that occurred in peacetime. "

If we compare it with the Soviet Union, whose successor and direct successor to Russia, having gone through the hell of the 90s, the situation looks even worse. One of the 5 countries of the world that is able to fully provide itself with all types of raw materials and industrial products, without exception ... The first country in the world in terms of raw material base for the national economy, and the second in food production. All this was destroyed, swept away by the "reformers", who began to do things with the second world economy that in some couple of years (already by 1992) brought it down below the level of Latin America. But this was only the beginning.

In truth, if you can recall the 90s at least in some positive way, except that due to the fact that then there were a lot of good books and new great music. Well, even because the borders were “opened” and movement around the world became practically free. Nevertheless, all these things are unlikely to compensate for the emotions of that terrible period in the life of the country.

We are in Yandex Zen
Situational analysis of the death of the MH17 flight (Malaysian Boeing 777), made on the basis of engineering analysis from 15.08.2014
Results of the week. “In our cooperative, the board is always agreed”
87 comments
Information
Dear reader, to leave comments on the publication, you must to register.