In Turkey, announced a project that will not be covered by the Montreux Convention 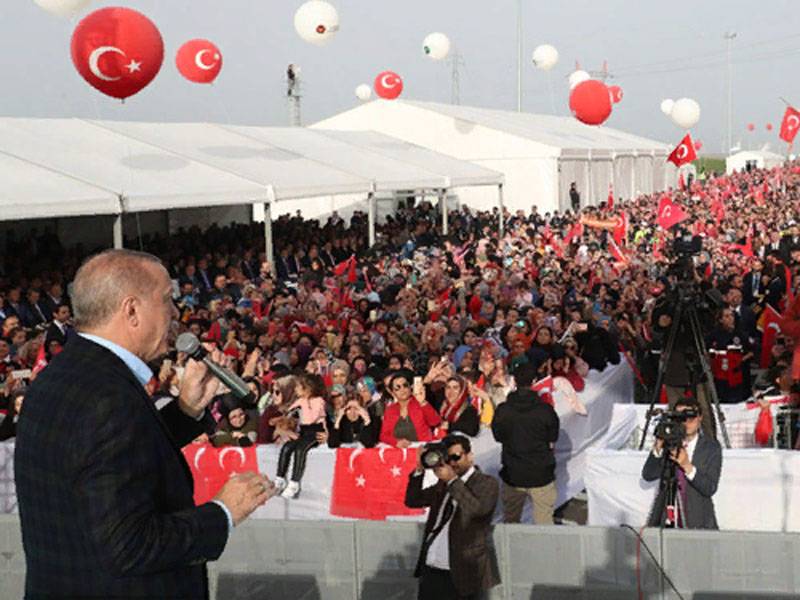 In Ankara, they decided to substantively consider the project, which, it is alleged, will not be subject to the Montreux Convention. Recall that under the Montreux Convention, the presence of warships of non-Black Sea states in the Black Sea is limited in number and tonnage. In addition, the document implies the closure of the Bosphorus by Turkey in case of war.


Turkish President Recep Tayyip Erdogan announced that a tender for the implementation of the Istanbul project will be announced soon. This project involves the construction of a canal with that name. And the Istanbul canal will have to become an alternative to the Bosphorus Strait - during the transition from the Sea of ​​Marmara to the Black Sea and vice versa.

Erdogan said seismological and hydrological studies have already been carried out involving more than two hundred scientists.
Ankara notes that during the operation of the new channel, the Turkish treasury will receive additional income of about $ 1 billion annually.

The channel project in Turkey has been discussed before. However, so far everything remained at the level of rumors and behind-the-scenes discussions. Now, the Turkish authorities intend to seriously begin to implement the project.

Meanwhile, the Russian ambassador to Turkey believes that the appearance of the Istanbul channel "will not change the legal regime of the Montreux Convention."

We are in Yandex Zen
Reports from the militia of New Russia for 27-28 September 2014 of the year
Interview of Vladimir Putin with Radio Europe-1 and TF1
85 comments
Information
Dear reader, to leave comments on the publication, you must to register.