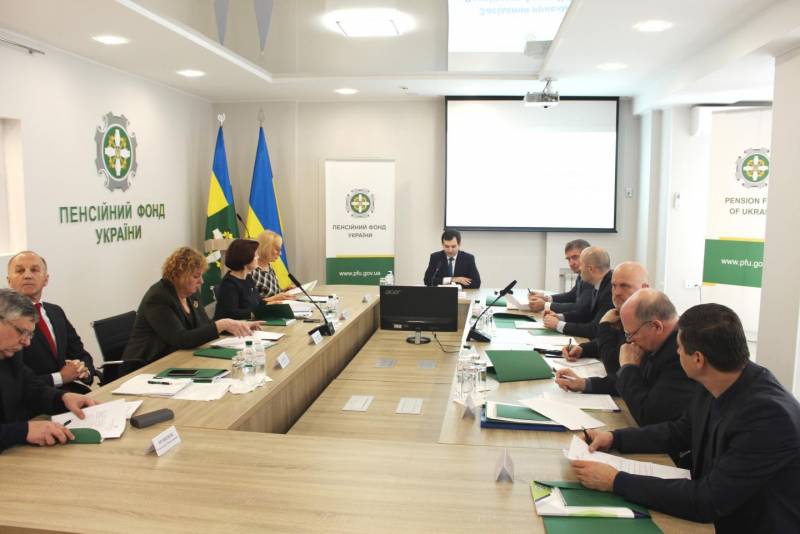 In the light of the ongoing criticism of changes in domestic pension legislation, it is perhaps worth comparing their results with what is happening in this area at least for our closest neighbors. In particular, in Ukraine, where recently more and more distinct financial “clouds” have been gathering over pensioners. Kiev also intends to solve pressing problems, however, the proposed methods for some reason completely do not please citizens.


First of all, an extremely unpleasant surprise for all recipients of retirement pensions was the government’s refusal to index (that is, increase), which was expected on March 1. The corresponding decision was to be taken by the Cabinet of Ministers, however, after his shift, the old people were somehow “forgotten”. However, the point, of course, is not personnel perturbations. This year, for the first time in two decades in Ukraine, all social programs and payments have been reduced by 12 billion due to the banal lack of money in the state budget. According to reports, the phones in the Pension Fund almost melt from the abundance of calls, but the local employees are not able to answer anything intelligible to their indignant customers.

Moreover, at the official level, warnings are increasingly being heard that pensions will only decrease in the future. In any case, not so long ago, this was precisely what the deputy minister of social policy of the country, Natalya Nenyuchenko, stated. Accusing the current situation of not mediocre actions of the post-maidan authorities, which finally ruined the country's economy and emptied its treasury, but of citizens who “prefer to work in the shadow economy” and do not want to make the appropriate contributions to the Pension Fund or participate in the private pension insurance system, the official warned that in the future we should expect a decrease in the volume of payments.

Where is less? Indeed, according to Nenyuchenko herself, about 4% of pensioners receive a pension below the subsistence level (10 thousand hryvnias or a little more than 83 thousand rubles). At the same time, a significant part of them (up to 40%) are forced to be content with a minimum amount of benefits of about 2000 hryvnias (a little over 5 thousand rubles). At the same time, the amounts in bills for housing and communal services received by owners of fairly modest apartments in Ukraine amount to thousands, not hundreds of hryvnias. If pensions are still reduced, pensioners will simply be put on the brink of physical survival.

At the same time, official Kiev intends, apparently, to take this very path. So, the head of the Verkhovna Rada Committee on Social Policy, Galina Tretyakova, recently shared with journalists plans for another “reset” of the social payment system in the country. According to her, this could result in “the liquidation of the Pension Fund and the transfer of its functions to the Ministry of Finance or the State Treasury, or in the transformation of the PFU together with social insurance and unemployment funds into the National Insurance Agency ..."

According to most experts, in particular, the former deputy head of the Pension Fund of Ukraine Viktor Kolbun, this will lead only to one thing - the introduction of “equalization”, in which all citizens, rather than the current 30-40%, will receive the minimum pension.

This is exactly what happened in Georgia, where women, starting at 60 and men after 65, receive, completely regardless of their seniority, payments of 220 lari (about $ 70). Somewhat large amounts were due to those who exceeded 70 or to residents of the highlands of the country. Obviously, about the same amount in future Ukrainian pensioners will have to exist. However, given the current economic situation in the country, it is far from a fact that there will be money for these payments.

We are in Yandex Zen
Raising the retirement age. Forced measure for the development of the economy or a threat to the social order of the country?
Results of the week. "God forbid to see Russian revolt, senseless and merciless!"
76 comments
Information
Dear reader, to leave comments on the publication, you must to register.