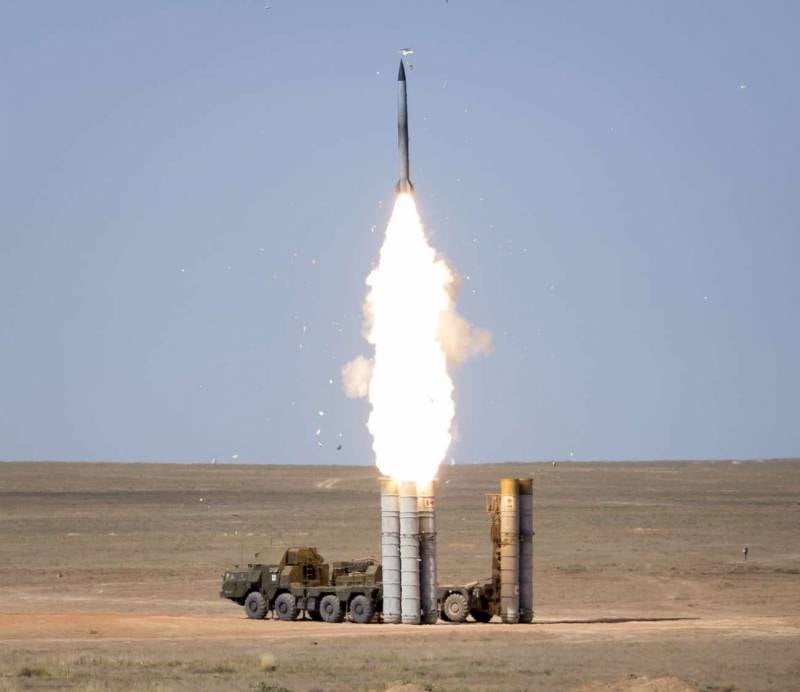 Do we have many air defense systems? In the late 1960s, experience was gained with the use of Soviet-made air defense systems in local conflicts. For a long period of time, the main anti-aircraft systems of the USSR anti-aircraft missile forces were the S-75 air defense systems. The complex, originally created to combat high-altitude reconnaissance and long-range bombers, was quite effective against tactical and carrier-based attack aircraft aviation. Improvement of the S-75 continued until the second half of the 1970s. At the same time, the zones of fire were significantly expanded on the latest modifications, the minimum height of destruction was reduced to 100 meters, the possibilities of combating high-speed and actively maneuvering targets increased, the noise immunity was increased, and the mode of firing at ground targets was introduced. The S-75 air defense system of all modifications, being the most numerous in the anti-aircraft missile forces, was the backbone of the country's air defense forces until the mid-1980s of the last century. The most advanced serial version of the “seventy-five”, the S-75M4 Volkhov air defense system, was adopted in 1978, but this modification was not widely used due to the appearance of a new generation anti-aircraft missile system - S-300PT.

During major local armed conflicts, it turned out that, for all its advantages, the S-75 air defense systems have a number of significant disadvantages. Due to the low mobility in the conditions of domination of enemy aviation in the air, the survival rate of a rather bulky complex was low. The use of anti-aircraft missiles with liquid toxic fuel and a caustic oxidizer also imposed a lot of restrictions and required a special technical position, where refueling and maintenance of missiles were carried out. In addition, the S-75 air defense missile system was originally single-channel for the target, which significantly reduced the capabilities of a single system when repelling a massive raid by enemy aircraft and facilitated its suppression by interference.

In this regard, the command of the USSR Air Defense Forces in the second half of the 1960s set the task of developing a multi-channel anti-aircraft complex with high fire performance and the possibility of firing targets from any direction, regardless of the position of the launcher, with the deployment of all elements on a self-propelled or towed chassis. Simultaneously with the work on creating a new complex for insurance, another version of the “seventy-five” - S-75M5 was being developed.

In 1978, the S-300PT anti-aircraft missile system with a 5V55K solid-fuel radio command rocket entered service. Thanks to the introduction of a multifunctional radar with a phased array with digital beam control into the new air defense system, it became possible to quickly view airspace and simultaneously track several targets.

5P85-1 towed launcher in transport position
In the S-300PT air defense system, launchers with four anti-aircraft missiles in transport-launch containers (TPK) were placed on towed towing trailers. The range of destruction of the first S-300PT variant was 5–47 km in range, which was even less than that of the S-75M3 SAM with 5Y23 SAM. As part of the first modification of the S-300PT, a 5V55K missile with radio command guidance was used. 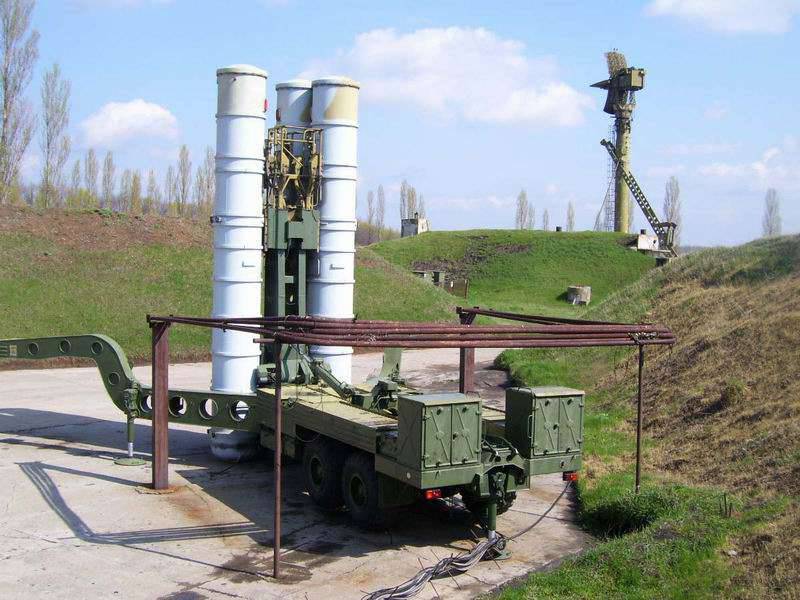 Towed launcher 5P85-1 in combat position
Already at the first serial modification of the S-300PT, technical solutions were implemented that for decades predetermined ways to improve the S-300P / S-400 air defense systems and became the standard for air defense systems being created abroad. The anti-aircraft missile was launched vertically from the TPK, in which the SAM could be stored without checks for 10 years. The rocket was thrown out of the pipe to a height of 20 m by a powder catapult, after which its controlling aerodynamic surfaces were revealed. The gas rudders, according to the autopilot's commands, deployed the rocket to the set course, at the same time the sustainer solid propellant engine was launched, and the missile was rushing towards the target.

The S-300PT anti-aircraft missile division included: a radar for illumination and guidance, a low-altitude detector, up to four launch complexes, each of which consisted of a hardware container and three launchers, as well as technical support and power supplies. To detect air targets and provide target designation, the division could be given a three-coordinate radar of combat mode 19ZH6 (ST-68U) with a detection range of up to 160 km. The antenna post with a rotary device and the radar control cabin were mounted on a single semi-trailer. 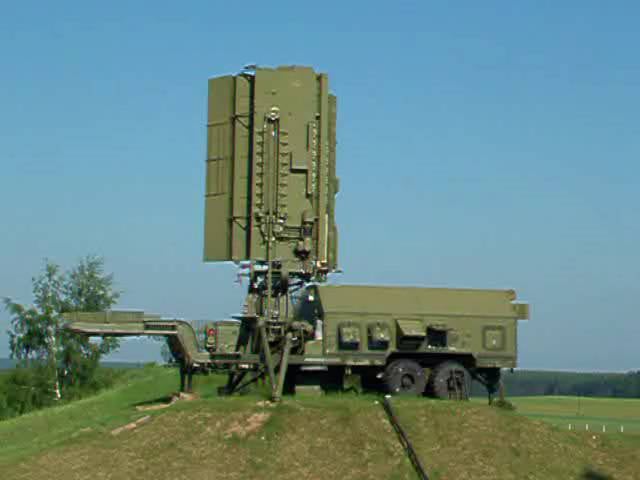 However, the military was not happy with the relatively short range of the first S-300PT. To correct the situation, the 1980V5KD missile was adopted in the early 55s, in which, due to the optimization of the trajectory and the use of more energy-intensive fuel, the launch range was increased to 75 km. At the same time, at a range of more than 50 km, a fairly high probability of defeat was provided when firing at large low-maneuverable targets: B-52 bombers, KS-135 tankers, RC-135 reconnaissance aircraft, and E-3 DRLO aircraft. This was due to the fact that the missile guidance error grew in direct proportion to the increase in the distance from the guidance station, and because of the large distance between the guidance station and the target, it is impossible to achieve the proper accuracy of determining the coordinates. Therefore, the next step was the adoption in 1981 of a 5V55P missile launcher with radio command guidance with a missile sight ("command guidance of the second kind"). The essence of this guidance method is that the radio signal reflected from the target is received by the missile, and then the guidance station is transmitted through the repeater. This removes restrictions on the accuracy of guidance on the terminal portion of the trajectory, since the rocket at this moment is in close proximity to the target. Thanks to this guidance method, it is possible to realize the best of both the command and semi-active guidance methods, which ensures high efficiency of target destruction when operating under the conditions of the enemy setting active interference of various types when firing group and low-flying targets. The launch range of the 5V55R missile was in the range of 5–75 km, after the appearance of the 1984V5RM missile in 55, it increased to 90 km.

The upgraded version of the complex with modified guidance equipment received the designation S-300PT-1. In the second half of the 1980s, the previously built S-300PTs underwent repair and modernization in order to improve combat performance to the level of S-300PT-1A. The operation of the modernized S-300PT in our country continued until 2014. 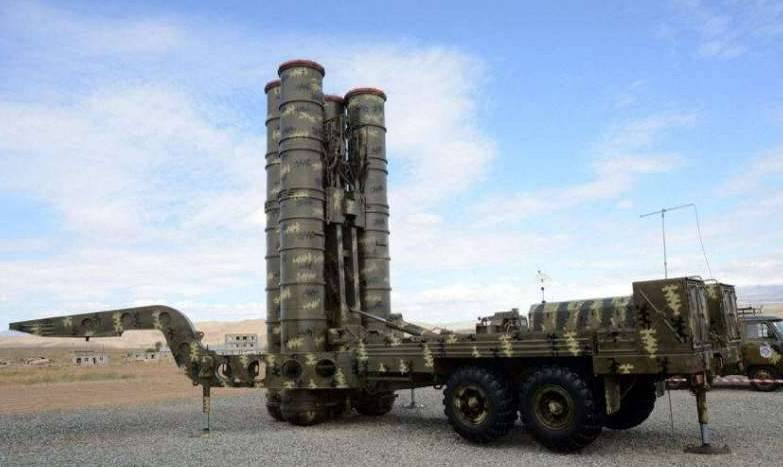 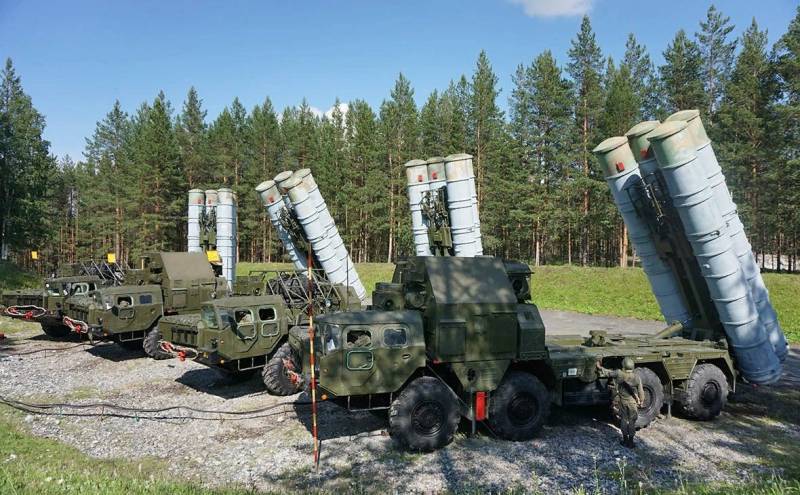 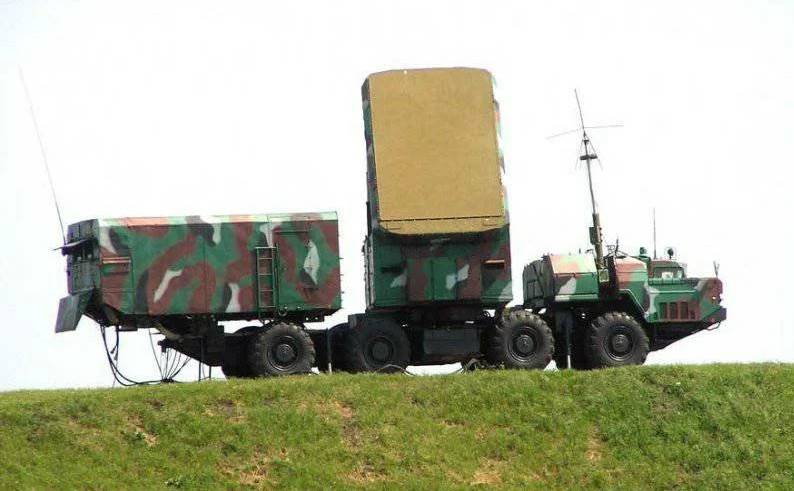 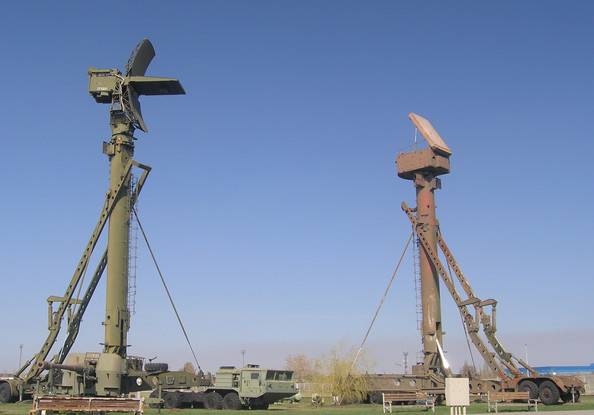 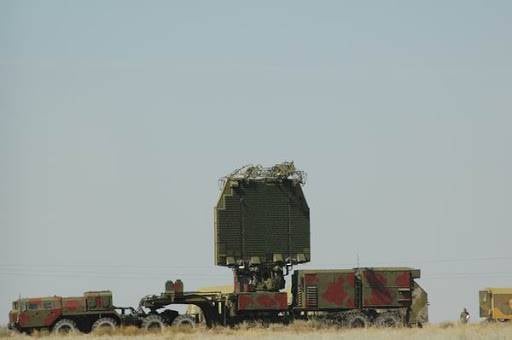 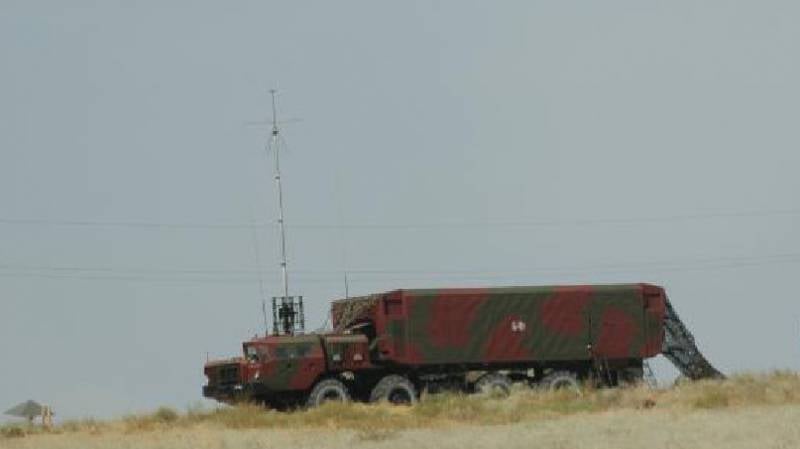 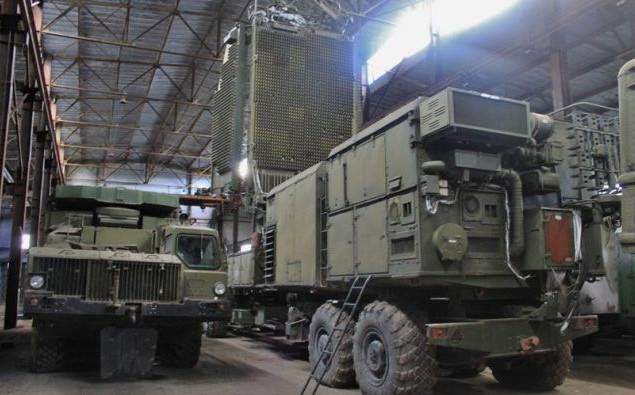 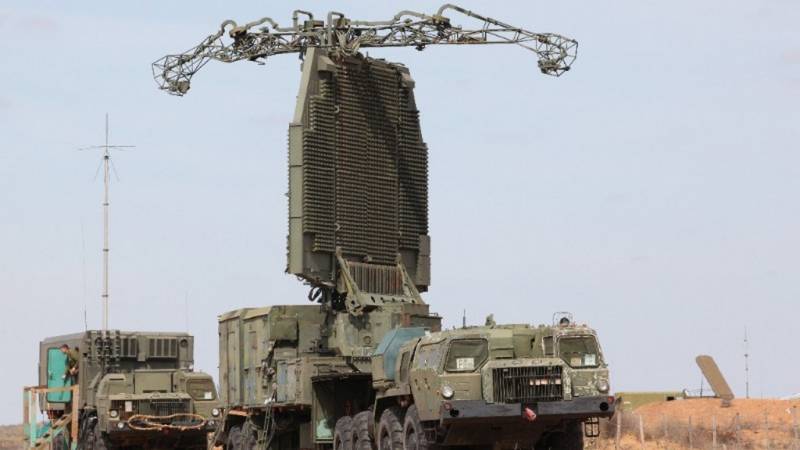 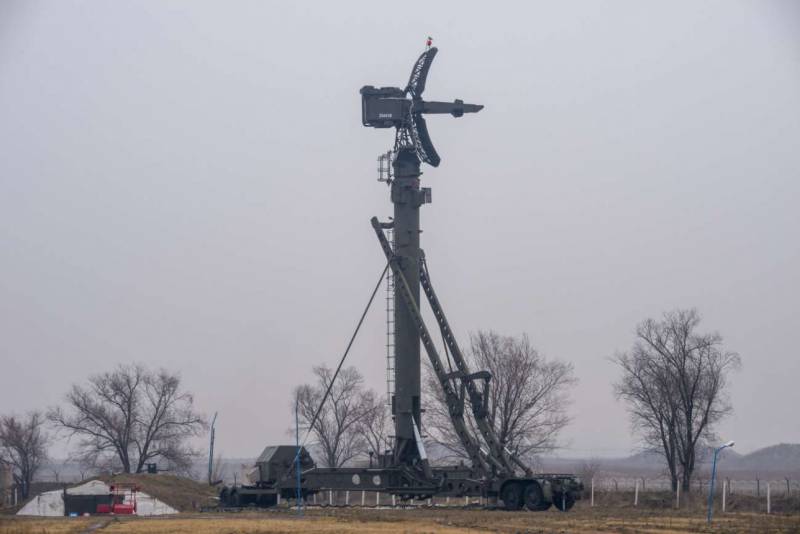 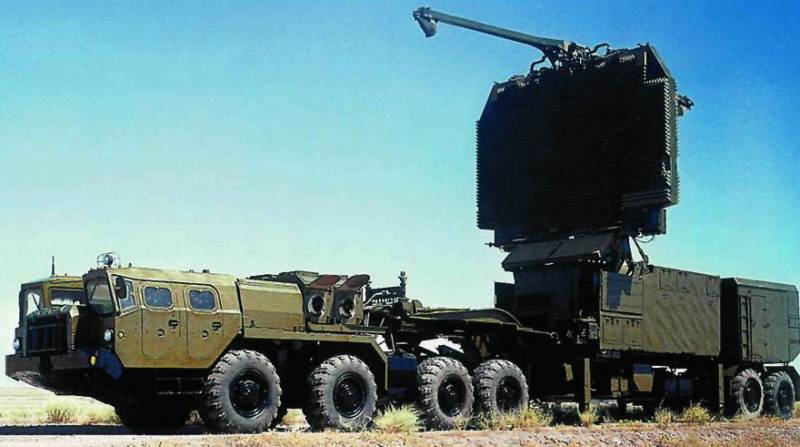 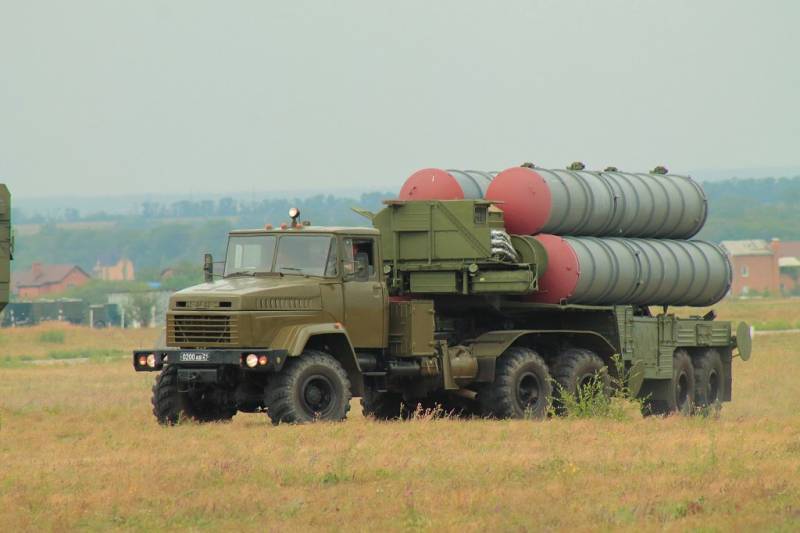 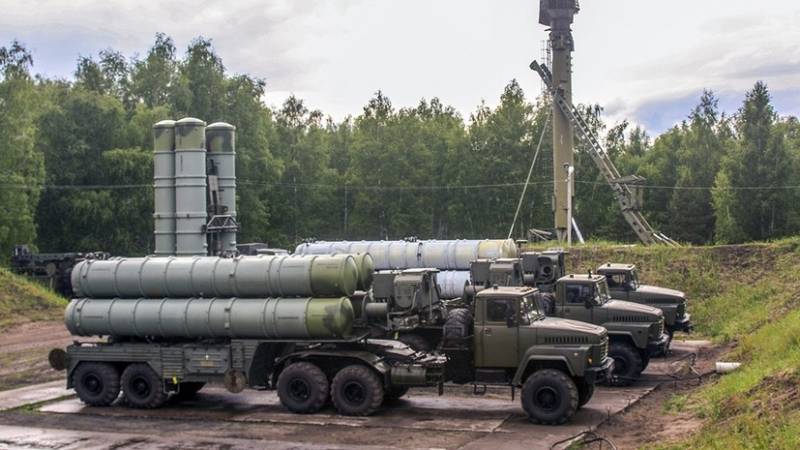 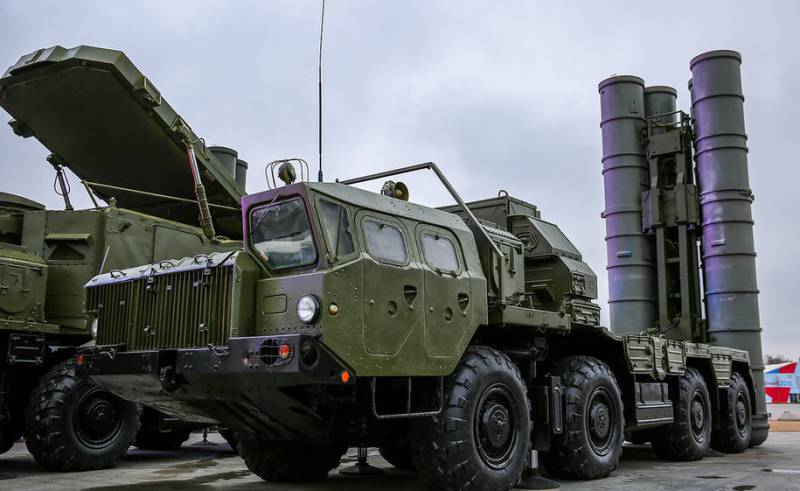 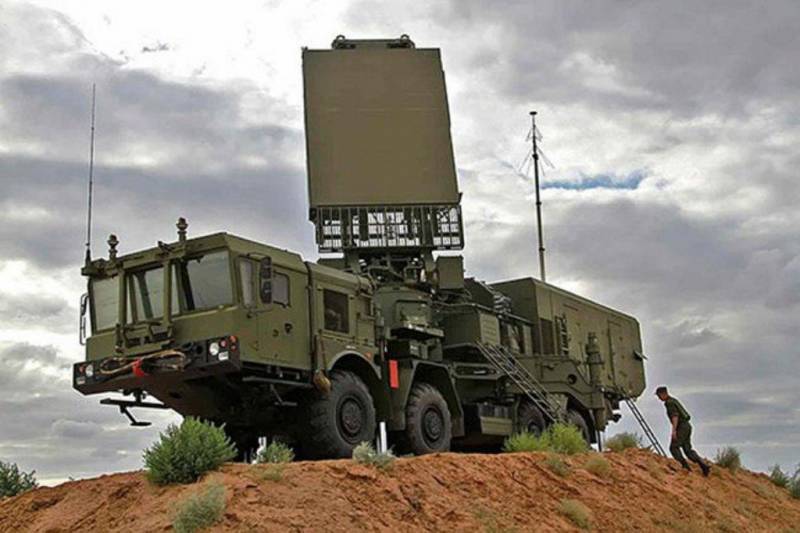 Ctrl Enter
Noticed a mistake Highlight text and press. Ctrl + Enter
We are
The state of Syria’s air defense and the prospects for its enhancement with the C-300 anti-aircraft missile systemZRS-300P in the XXI century
47 comments
Information
Dear reader, to leave comments on the publication, you must to register.