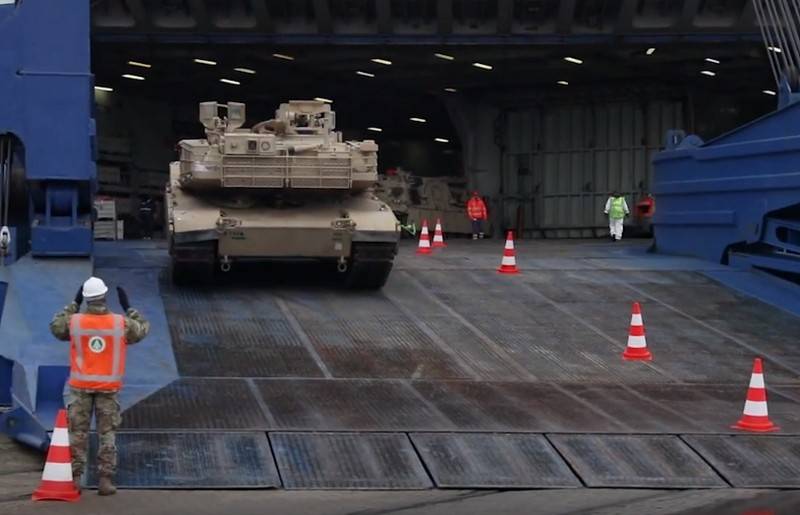 NATO gathers a shock fist at the Russian borders and does not hide the fact that Russia will be a "potential adversary" in the Defender 2020 exercises. This was stated in the Russian Foreign Ministry.


The foreign ministry drew attention to a statement by the head of the Pentagon, Mark Esper, who said that the main goal of the Defender 2020 exercises is the desire to send Russia a signal to force it to change "bad behavior." The Foreign Ministry noted that Russia does not threaten anyone, and NATO conducts exercises near the Russian borders.

What it is, the head of the Pentagon did not explain, and could not. After all, it is obvious that our country is not threatening anyone, and it is NATO that collects the shock fist at the Russian border
- said Foreign Ministry spokeswoman Maria Zakharova, adding that the United States and NATO will conduct exercises at a time when Russia will celebrate the 75th anniversary of Victory in World War II.

Zakharova said that Washington uses the same theses for insolvent charges against Russia as Nazi Germany before the attack on the Soviet Union in 1941.

The West will not be able to change the Russian course in foreign policy
she emphasized, recalling that in stories Russia was a lot of those who tried to threaten her, rattling weapons.

We are in Yandex Zen
Reports from the militia of New Russia for 27-28 September 2014 of the year
Yuri Drozdov: Russia prepared the role of the sacrificial calf
122 comments
Information
Dear reader, to leave comments on the publication, you must to register.