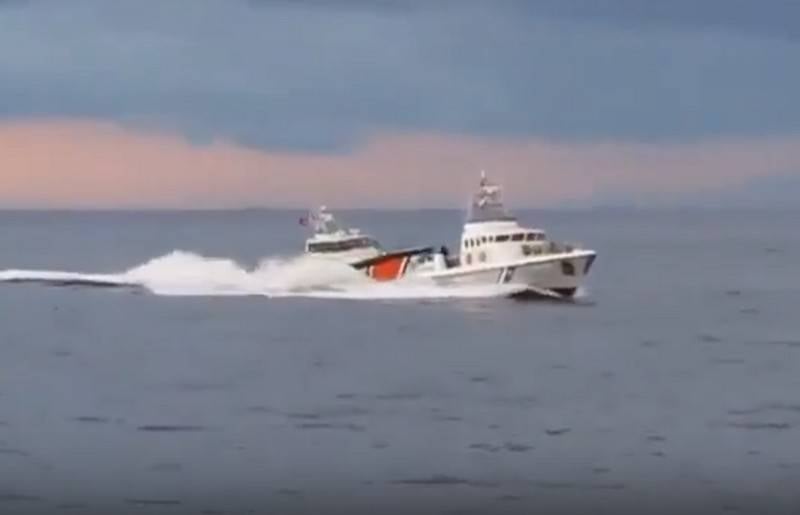 In the Aegean, an incident occurred between the Greek and Turkish coast guards. According to Turkish media, the incident broke out after a Greek boat tried to wrap a boat with migrants back to Turkey. Video clips appeared on social networks and YouTube.


Two videos appeared on the page of the “Military Notifier” on VKontakte, in which the border guard of the Turkish Coast Guard tries to drive the Greek boat from territorial waters. One of the videos of the persecution was shot by the Greeks themselves, the second is unknown by anyone, maybe it was shot just from the same boat with the migrants.

The video shot from the Greek boat shows how the Turkish boat, catching up with the Greek, is trying to bulk up on it, but apparently, it lacks speed and the Greeks manage to get away, while the Turkish boat turns to the side. In the second video, the same chase was shot, but from the side.


According to one of the Turkish publications, the Greek coast guard allegedly wanted to sink a boat with migrants sailing to Europe, but the Turkish coast guard boat prevented the Greeks, driving the Greek boat from the border and protecting the migrants.


It should be noted that in recent days, relations between Greece and Turkey have again entered a phase of open confrontation amid Erdogan's opening the borders of the European Union for thousands of migrants. On the Turkish-Greek border, which is 192 km long, clashes between migrants and the Greek police broke out again. At what both sides use grenades with tear gas.

The Greeks deployed additional police and military units along the border to prevent migrants from breaking through the border, the Turks, in turn, pulled special forces to the border, whose task is to prevent Greece from trying to return refugees to Turkish territory.

Greek-Turkish relations throughout stories accompanied by mutual hostility and short periods of reconciliation from the time when Greece gained independence in 1821 from the Ottoman Empire. The countries fought against each other four times: in the Greco-Turkish War of 1897, the First Balkan War (1912-1913), the First World War and the Greco-Turkish War of 1919-1922.

In modern times, the parties were twice on the verge of the outbreak of hostilities: in 1987 and early 1996. The main mutual claims relate to the sovereignty of the islands and the Aegean Sea.
Ctrl Enter

We are in Yandex Zen
Reports from the militia of New Russia for 1 September 2014 of the year
December 2010 years. Russian March. Senseless and merciless? Notes not a Russian person
116 comments
Information
Dear reader, to leave comments on the publication, you must to register.