Spent nuclear fuel is being brought back to Russia. Why? 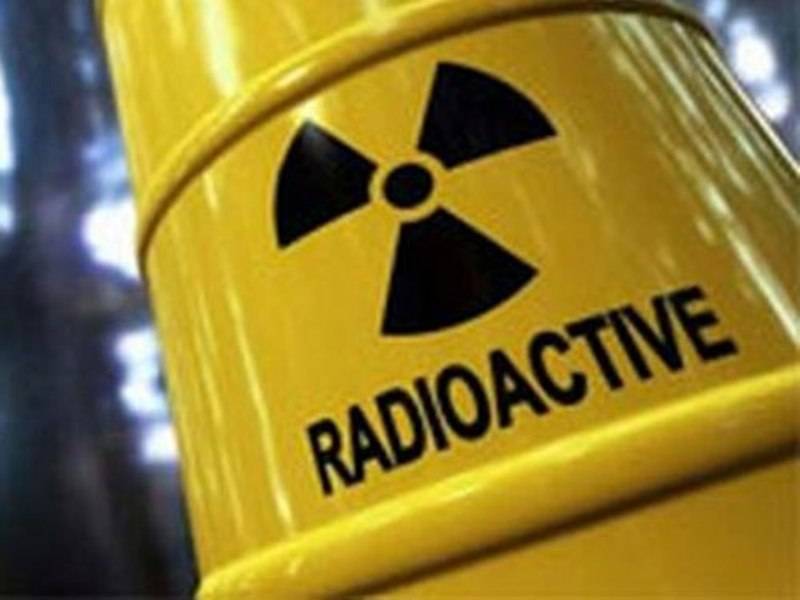 At the end of last fall, it became known that Russia resumed the import of radioactive uranium waste from Europe, which was stopped 10 years ago. This was reported by the German portal Tageszeitung. According to the publication, during the period from 2019 to 2022, 12 thousand tons of spent nuclear fuel will be imported from Germany to Russia.

Tageszeitung clarifies: the deal between the German company Urenco Deutschland and Rosatom took place without publicity. About it became known only after the request of the deputies of the Bundestag to the Ministry of the Environment of Germany. The start of deliveries was also confirmed by the government of North Rhine-Westphalia.

Information from the German portal did not immediately reach the eco-activists. Almost a month after the first announcement of the deal in the German city of Gronau, a small rally (about fifty people) gathered at the uranium enrichment plant.

The protesters stretched out a giant poster at the entrance to the enterprise with the inscription in Russian “Russia is not a landfill for uranium tails from Germany”, yellow barrels with the sign “radioactive danger” were placed nearby. To the journalists who arrived at the rally, it became clear: activists of the Greenpeace Russian branch brought protest creativity to Germany.

Ecologists of this movement held similar rallies against the "immoral nuclear deal" in several cities of Russia. Its members radiated optimism. They recalled that their protests in 2009 interrupted the cooperation between Germany and Russia on the processing of nuclear waste.

In fact, the protests of the early XNUMXs scared Germany more. The Germans were worried that when transporting containers with waste, tank depressurization and subsequent radioactive contamination of the area were possible.

After the completion in 2009 of the contract (signed back in 1996) for the export of spent nuclear fuel to Russia, cooperation between the countries in this area ceased. During the contract, Urenco shipped a total of 27,3 thousand tons of depleted uranium to its Russian partner, Tenex. A tenth of it returned to Germany already as nuclear fuel for nuclear power plants.

About 24,5 thousand tons of depleted uranium remained in Russia. Eco-activists told the German television channel ZDF, citing reports from Rostekhnadzor that containers with highly toxic radioactive contents in factories in Tomsk, Krasnoyarsk, Angarsk and Novouralsk were stored directly in the open.

Meanwhile, problems began to grow in the German nuclear industry. Asse-2 and Morsleben nuclear waste repositories are in disrepair. I had to use a temporary storage in Gorleben, but then everything came up against the high cost of storage and the fragility of the project.

Then the Germans quietly in May 2019 made a deal with Rosatom.

Indeed, in the coming years in Germany, due to the decommissioning of all remaining nuclear power plants, the volumes of radioactive waste will increase. By the fall, when the public became aware of the contract, six railway trains of 600 tons each (50 containers), or about 3, had already been dispatched from Gronau to JSC Ural Electrochemical Plant in Novouralsk (Sverdlovsk Region) tons of uranium waste.

For some, waste, for others, raw materials.

Rosatom commented on the horror stories that frightened the burghers of the German media. First of all, about the risk of waste transportation. Director of Rosatom for work with public organizations and regions Igor Konyshev explained to Gazeta.ru:

“In accordance with international regulations, the transport of depleted uranium hexafluoride (DUHF) is one of the safest cargoes - 7th class on a nine-point scale. For example, the fifth, higher hazard class is carried by rail industrial acids, alkalis, gasoline, coal. "
Alexander Uvarov, editor-in-chief of the independent nuclear information portal Atominfo.ru, confirmed in a comment by RIA “News”That depleted uranium, which is imported into Russia, does not pose any radiation hazard to the population.

They also answered at Rosatom regarding the storage of depleted uranium brought to Russia. It is stored safely. After processing, part of the material is exported abroad. The remaining “is the future raw material for the production of fuel for reactors, and its reserves are a strategic reserve for the future nuclear energy,” the nuclear corporation emphasized.

It should be noted here: Rosatom today has the most advanced technologies in the world. Experts admit that Europeans (Germans in particular) decently lagged behind us. For example, the degree of enrichment of uranium at the Gronau plant is an order of magnitude lower than at the Russian factories of Rosatom.

It turns out that what has become waste for the Germans, for our nuclear engineers - is quite suitable for use raw materials. Hundreds more tons of useful material and large export proceeds are squeezed out of it. To compare the order of numbers, let's look at the two most advanced countries in nuclear technology - Russia and France.

“In France, a country with an advanced nuclear industry, uranium is enriched, reducing the content of 235U in the feedstock from 0,71 to 0,24%. Reducing stronger is not economically viable for them. The depleted product is brought to Russia, where the concentration of 235U is reduced even more than twice, and this is economically profitable for us. There is no doubt that our descendants and residual product will be able to use in the next generation reactors. ”
This is an assessment of reputable scientists Albert Vasiliev and Anatoly Nazarov, members of the Public Council of the state corporation Rosatom.

There is another reason to treat nuclear waste carefully. “In past years, only a few elements were selected from ore processing plants at ore concentration plants to a certain concentration, which was determined by economic efficiency, and everything else went into the giant mountains of dumps,” the scientists say. “And now these dumps are used as large deposits, and with new technologies it has become profitable to extract many different elements from them, and this is not the limit.”

The main problem in dealing with waste is transuranium elements. They make up approximately 5% of the spent fuel. Among transuranes there are real centenarians (up to a million years). The technology of their storage is understandable and well developed. More complicated with the capacity of existing storage.

Now Rosatom is building a geological burial ground in the Krasnoyarsk Territory at a depth of 500 meters. The object is planned to be commissioned in the first half of this decade. It is believed that its introduction will remove the long-term risks that environmentalists scare people.

It must be understood that not only they are concerned about the fate of future generations. There is a worldwide practice formulated in policy documents of the International Atomic Energy Agency (IAEA). One of the main requirements of the Agency: “The management of radioactive waste should be carried out in such a way as to prevent undue burdens on future generations.”

If Rosatom did not adhere to this rule, the cry would rise all over the world. After all, there are many who want to pinch Russia for the fact that it has reached the most advanced technologies. Rosatom came out, and this should please us.

We are in Yandex Zen
The Uranium Tails Case. Russia and nuclear waste
Atomic blackmail
170 comments
Information
Dear reader, to leave comments on the publication, you must to register.