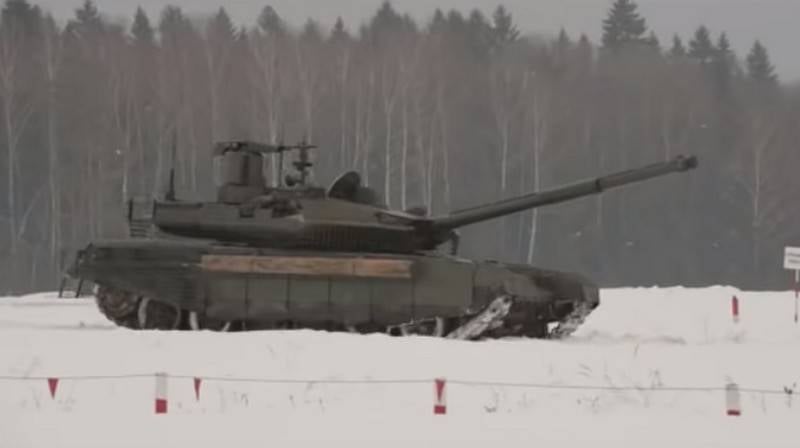 The Russian T-90M "Breakthrough" tank will be shown for the first time to the general public at the Victory Parade, which will be held on May 9, 2020 on Moscow Red Square. This was reported by TASS with reference to a source in the military-industrial complex.


According to the source Tanks T-90M "Breakthrough" will participate in the Victory Parade. He recalled that the state tests of the tank have already been completed and in the near future the tanks will begin to enter the Russian army.

T-90M tanks this year will be presented for the first time at the Victory Parade in a column of military equipment
- the agency leads the words of the source.

In mid-February of this year, the head of Uralvagonzavod Alexander Potapov confirmed that the supply of T-90M tanks would begin in 2020, but refused to answer the question about the number of tanks that the Ground Forces would receive under the contract, stating that this information was not for wide distribution.

Earlier it was reported that the tests of the newest Russian tank T-90M "Breakthrough" were successfully completed, the timing and volume of serial deliveries of tanks to the troops will be determined by the Ministry of Defense. It is also known that funds for the purchase of T-90M tanks have already been allocated, the delivery of serial vehicles is expected in 2020.

Last year, the media repeatedly flashed information that the first batch of incoming T-90M weapons could be at least a battalion set.

We are in Yandex Zen
Reports from the militia of New Russia for 27-28 September 2014 of the year
Yuri Drozdov: Russia prepared the role of the sacrificial calf
177 comments
Information
Dear reader, to leave comments on the publication, you must to register.