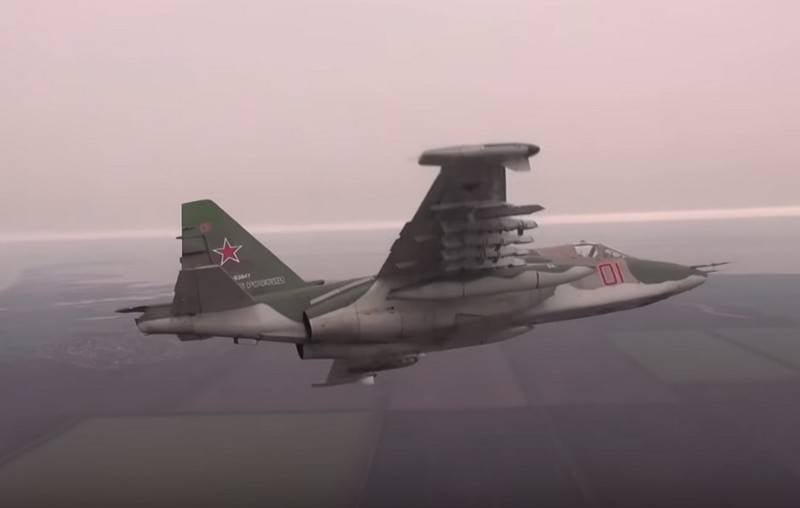 In the Stavropol Territory, exercises were conducted with live firing of attack aircraft Su-25SM3 of the Russian Air Force. The video of the exercises on its YouTube channel was posted by the Russian Ministry of Defense.


As noted in the Russian military department, attack aircraft during the exercises practiced striking at targets simulating a column of military equipment, observation posts, and enemy artillery fire control points. Also, special attention was paid to the departure of attack aircraft from the impact of anti-aircraft systems of conditional terrorists.

According to the legend of the exercises that took place at a specialized aviation training ground in the Southern Military District, the weapons of the enemy marched to the starting positions
- said in a statement.


At the end of the exercises, the Su-25CM3 crews made a pair approach to the targets, dropping air bombs to the positions of conditional terrorists, thereby completing the sweep.

Earlier it was reported that up to the level of the Su-25СМ3 it is planned to upgrade the entire existing fleet of Su-25 attack aircraft, including the Su-25СМ.
Ctrl Enter

We are in Yandex Zen
A batch of upgraded Su-25CM3 attack aircraft entered the South Military District
Media: Russian Aerospace Force of the Russian Federation in April will receive 22 attack aircraft "Grach" in the latest version of the Su-25CM3
44 comments
Information
Dear reader, to leave comments on the publication, you must to register.