Russia and the Western Salafi alliance: what to do 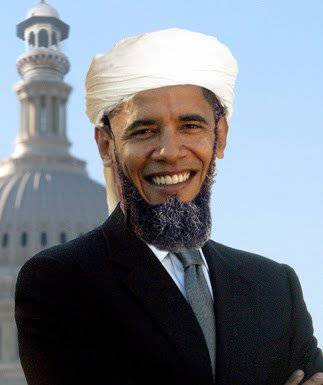 Apparently, the collective West and representatives of Salafi Islam have found allies in each other, particularly in the Middle East.

It would seem an impossible combination. At first glance, the West, with its secularistic and notorious human rights rhetoric, can have nothing in common with supporters of the return of the Muslim world to the ideals and structure of the Muhammad community in Medina. The West now denies any influence of religion on society, postulating secularism, while Salafists reject everything outside religion, the West calls for tolerance, Salafis are frankly intolerant, the West demands equality, Salafis claim inequality between Muslims and non-Muslims, women and men, and so on, the West, in any case, verbally denies violence, while the Salafis welcome violence, setting it as the cornerstone of their worldview.

However, not everything is so simple.

We can observe how adherents of radical Islam scrupulously score points throughout the Muslim world. As established regimes that either had a secular, quasi-European character, as in Egypt, or were hidden secularly, with external religious paraphernalia, as in Libya, they collapsed, and the adherents of the Salafi model began to rapidly enter, the same brothers the muslims As in the Sunni version of Islam, the ideas of purification from all later rituals and customs triumphed. Islam in Africa generally takes on the character of an extremely intolerable, in fact, there is a massive departure of whole nations from traditional versions of religion, those versions that have been developed over the centuries, including by searching for models of peaceful coexistence with non-Muslim neighbors, as well as by introducing non-Arab peoples to the Muslim religion of their national elements. All this is accompanied by an aggravation of relations between Muslims and non-Muslims, and, more simply, a terrorist rampage in Nigeria, Kenya, Sudan, and several other countries. What is there Africa? In Russia, in the North Caucasus and in the Volga region, there is an ongoing struggle between the adherents of the classical variants of Islam and the supporters of the Salafi movements, which are controlled from the Arab countries of the Gulf. It should be noted here that the Muslim world became a source of colossal destabilization and, paraphrasing Nicholas 1, who called the Ottoman Empire "the sick of Europe", became a kind of "sick of the world." And to deny it is meaningless - the denial here is the lot of the chosen, the blind of the piece.

The sad thing is that in the modern world, which has become strongly interconnected, Muslim problems are literally beating everyone. Of course, one would expect that the collective West, which dominates, after the victory over communism, will undertake to defend humanity from the threats posed by the Islamic world, in which there is a serious ferment.

But what do we see? We see that the secular regimes of the Islamic world, which have repeatedly demonstrated their loyalty to Europe and America, are crumbling, but no one comes to help them. We see that the statements of those in power with America suggest that the West is trying to “build bridges” with radical Muslims.

And the events in Syria show us: there is close and mutually beneficial cooperation between the West and Islamic radicals. What is important and beneficial for the supporters of "pure Islam" in this cooperation? Well, of course, the overthrow of the non-Sunni elite, as well as, of course, the cleansing of Syria from non-Islamic elements, in order to create conditions for the Syrian territories to join the Gulf countries, which clearly plays the role of the skeleton of the projected Arab-Islamic superpower.

What does the West need? Well, of course, the West will like the expulsion of the Russian base from the Syrian Tartus, but the goal here is clearly small, not so much trouble this base gives them. The overthrow of Assad, who allegedly threatens Israel and Europe? It is ridiculous, because the threat from Damascus, where the insurrection takes all its forces, is almost miserable.

It seems to the West that it is important to simply establish an alliance with the Salafis. Throw them Syria, so that they feel the benefits of the union. The West, with its fair pragmatism, saw a powerful force, and, I would add, a blind and very controlled one that can be tamed, channeled and used for its own purposes.
What are these goals? Well, of course, these are countries in which there are solid Muslim communities, and which are not part of the West. This is Russia, China and India.

So far, Russia's biggest problem is a permanent insurgency in the North Caucasus, which has passed into the stage of the terrorist guerrilla, fueled, as has been written many times, from the oil countries of Arabia. As for China, the problem of its north-western part, inhabited by Muslims, has long surpassed Tibetan. As for India, this state, which is slowly but progressively developing, is generally extremely vulnerable in terms of the Islamic factor. Sooner or later, but the colossi, such as India and China, as well as Russia, rich in raw materials, will begin to overtake the western countries, and the gap and hegemony of the latter will be a big question.
Is the “friendship” with green-brown passionaries only used for creating an early ramming against the great countries of Asia? Is there no idea for those who rule the West for real, that “if the Caliphate is inevitable, then let it be useful to us”? And while a number of countries and peoples should fall victim to this plan?

In essence, the Salafi mindset inevitably leads to war, destabilization, conflict, the collapse of everything that can lead to civil consensus. And in any case, in Syria - for sure. Recent events talk about it. What should I expect? First, a gang of Salafis will break into a certain town and take it under control. Immediately, apparently, only by printing out the letters that came in synchronously, all the so-called world media will begin to trumpet about "humanitarian catastrophe", "mass executions", etc. Then, this “hotbed of freedom”, following the logic of the process, will be declared “inviolable” and protected by NATO, the European Union, the United States or someone else. In the next step, this new Benghazi will be pumped up. weapons, all sorts of Arabian bearded beasts from all sorts of Yemen will start to accumulate there, and this, if the authorities are not able to actively sanitize this center, and then there will begin an offensive on the Syrian cities. The Wahhabi democrats will cut the Alawites, and with them the Christians, and the world will watch over this next triumph of the right of the strong.

What should Russia do in this situation? Of course, the challenges of the new time deserve to give them paramount importance. I wish that such countries as Saudi Arabia, Qatar and Pakistan could not actively introduce their agents among the Muslim population of Russia, and this is the task of the security organs of our country. In the North Caucasus, it is necessary to fully support the so-called. tarikatis, traditional Muslims of the Sufi sense. The strongest tool against the depersonalizing, “seductive” psychology of Salafism is the development of the whole national - national languages, national ways and features of Islamic service. And, of course, moderate Tatar ministers of Islam should be helped with all their might, because they are under endless attacks.

When you and I say that Tatar Islam is tolerant and moderate, we still understand that this was not always the case. As long as the Tatar mullahs received education in the then uncontrolled Russian Khiva and Bukhara, radicalism also took place in the Volga region. Until Catherine the Great ordered the creation of an Islamic spiritual administration in Ufa, and a number of madrasahs, including Orenburg, so that the Tatars could receive spiritual education without leaving the country and not falling under the control of anti-Russian forces in the East .

It is necessary, however problematic, to interrupt the practice of receiving Islamic education in countries such as Saudi Arabia, Pakistan, Egypt and Afghanistan. Care should be taken to ensure that people from Arab and Islamic countries in Russia did not conduct Salafi propaganda, did not open underground mosques, and all those who were seen for similar ones should be expelled from the country without the right of return. It is necessary, among other things, to take control of the process of transition to Islam among the Russian population, taking into account the fact that among all sorts of militants and bombers there are many neophytes, people who came to Islam not because of the search for spirituality, but in connection with their a priori attitude. on radicalism.

It is unacceptable that Islamic holidays in the Russian cities of the country turned into specific and often creepy demonstrations, with public sacrifices. It is necessary that an unequivocal understanding emerges - Russian local law is higher than custom, no matter how they are regulated, only because Russia, where a certain number of Muslims live, is not an Islamic country.

This is what comes to mind first. And, of course, all those who allow themselves to articulate ideas in the media, radical Islamic or close to radical ones, should, forgive, but deprive of words with a firm hand. Because their word speaks in blood. And you should not show cowardice here. Or pretend that nothing dangerous happens.

And most importantly, it is necessary to fight with the paralyzing, wet fear that the words “Islamic radicalism” and “Wahhabism” cause in all. Fear, at times, leads to illogical decisions, it hurts, it leads to Islamophobia, and it is what these gentlemen would like to achieve.