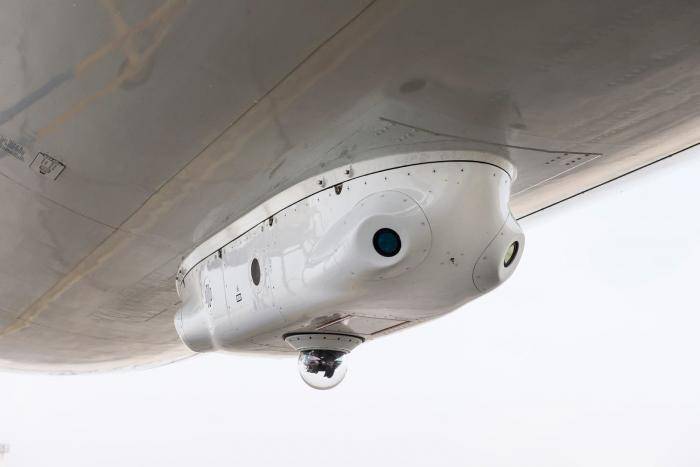 The Israeli company Elbit Systems has officially announced victory in a number of tenders for the supply of several countries in the Asia-Pacific region with compact systems that protect certain types of aircraft from ground-to-air missiles. Judging by the amount of signed contracts in excess of $ 135 million, there are many who wish. What are these systems and why did the choice fall on them? What is the secret of popularity?


In this case we are talking about a whole family of devices - MUSIC (Multi Spectral Infrared Countermeasures), which are DIRCM (Directed Infra-Red Countermeasures) systems that use four thermal imaging cameras to detect missile launch with a thermal (infrared, Infra Red) head homing and further neutralizing their attack by creating directional interference using a laser beam.

We’ll make a reservation right away: fight against the Magen Rakiya systems (in Russian translation - “Guard of the Sky”) by forces, mainly with portable anti-aircraft missile systems of the Strela or Stinger type. At the same time, we are not talking about equipping them with fighters or attack aircraft. In the Air Force, Sky Guards can only be in demand for military transport aircraft, tankers, a maximum of some types of helicopters (for them, by the way, there is a very compact Mini-MUSIC modification). But for civilian sides aviation these systems are recognized as perhaps the best possible - they are easy to install and do not in any way degrade the flight characteristics of the same passenger liners.

It is no coincidence that this system was developed and implemented precisely in the Middle East - in a region that is almost more than others in the world suffering from various manifestations of terrorism. Compact MANPADS long ago became available to most terrorist groups, using them without any hesitation.

According to the official stories, work on the MUSIC was launched just after, in 2002, two missiles from the Strela MANPADS were launched on the Boeing 757 of the Israeli airline Arkiya, which departed from Kenya. The attack, fortunately, was unsuccessful, but forced the Israeli gunsmiths to tackle the urgent problem.

A major distinguishing feature of the “Guardians of the Sky”, which gives them an undeniable advantage for use in the field of civil aviation, is their compatibility with its infrastructure and specifics. Everyone knows that the most dangerous from the point of view of a missile attack using MANPADS are the moments of take-off and landing of the aircraft. In such cases, almost the only way to counteract the blow was always shooting thermal traps that led the rockets behind them. However, this technology, firstly, can serve as reliable protection by no means against all types of constantly improving GOS.

Secondly, heat traps that are fired off at the signal of missile warning systems near the missile approach warning system if the aircraft was at low altitude at the time of their release can easily cause a fire on the ground. Especially when it comes to a civilian airfield with a large number of aircraft and possible fuel spills. Yes, the same forest or field may well erupt, not to mention nearby buildings, including residential ones. MUSIC systems in this case are completely safe, because they are their "anti-missile weapons»Laser fires will definitely not work.

In this regard, it seems quite logical that these systems were already chosen by representatives of Germany, Spain, Portugal, Brazil and a number of other countries as protection for their aircraft. According to available information, MUSIC devices that are perfectly compatible with both Boeing and Airbus aircraft were spotted on the “sides No. 1” owned by French President Emanuel Macron and Israeli Prime Minister Benjamin Netanyahu. The latter fact, perhaps, can be considered the most convincing evidence of the reliability of this system.

We are in Yandex Zen
Burning out the target: the development of high-energy lasers
Situational analysis of the death of the MH17 flight (Malaysian Boeing 777), made on the basis of engineering analysis from 15.08.2014
45 comments
Information
Dear reader, to leave comments on the publication, you must to register.