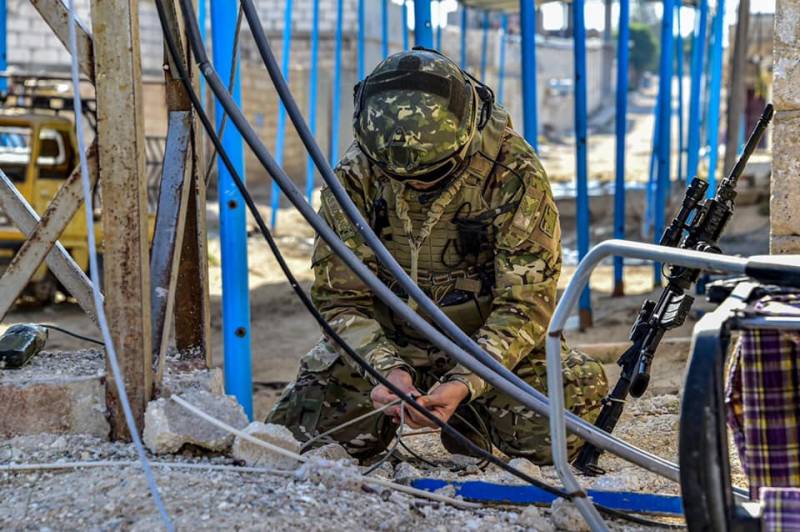 The talks between the presidents of Russia and Turkey, Vladimir Putin and Recep Erdogan, ended in Moscow, and meanwhile the tension in the situation in Idlib does not subside. The Syrian Arab army is crowding the militants; even Turkey’s support does not help anti-government forces correct the situation.


During the talks between Vladimir Putin and Recep Tayyip Erdogan in the Kremlin, Turkish media reported another loss of personnel involved in the operation in Idlib.

According to reports, a 26-year-old Turkish soldier, who was delivered from Syria with numerous injuries, died in a hospital in the border town of Reikhanli. The name of the Turkish soldier is called Er Enesh Kaya.

Representatives of the Reyhanli clinic said that the soldier came to them in extremely serious condition. Doctors fought for his life for several hours, but could not save.

In the native city of Enesh Kaya, on the street where his house is located, state flags are hung out and a tent is set up, to which local residents come to express their condolences.

There are so-called "sanitary" losses. The exact number is not called.

Meanwhile, in Turkey, far from all political forces demonstrate solidarity with the policies of President Recep Erdogan. A fight broke out in the Turkish parliament over a dispute over the situation in Syria. Opposition MP Engin Ozcock accused the president of disrespect for Turkish soldiers and said that the irresponsible step for the head of state is to send the military to Syria without air support.

The Syrian Arab army was able to thwart two attacks by militants, and Russian humanitarian aid was delivered at that time in the provinces of Aleppo, Idlib and Raqqa. Turkish troops are not able to impede the supply of Russian humanitarian supplies, although the Turkish side also pretends that its units are in Syria exclusively to help the local population.

In this context, the position of Vladimir Putin is very interesting. At a meeting with Erdogan, the Russian president said that the situation in Idlib province has become so aggravated that it requires external intervention. It is clear that by external intervention in this context, Putin means exclusively increasing the Russian military presence in the region. And for the situation in Idlib, this would probably be the only way to stop further bloodshed.

If we do not talk about a purely military component, then the consequences of the conflict between Russia and Turkey may be the most severe for Ankara. To begin with, Turkey is now seriously dependent on contracts with Russia, although for our country the deterioration of relations with our neighbor is not the best way out of this situation. It is clear that negotiations between the heads of state will not lead to an immediate cessation of hostilities in the province of Idlib. Each of the parties pursues its own goals, but at the same time, an open armed conflict between Russia and Turkey, even if only on Syrian territory, is not beneficial to either Moscow or Ankara. The hope for de-escalation remains.

We are in Yandex Zen
Reports from the militia of New Russia for 27-28 September 2014 of the year
Results of anti-terrorist work on Dagestan in April 2014
215 comments
Information
Dear reader, to leave comments on the publication, you must to register.