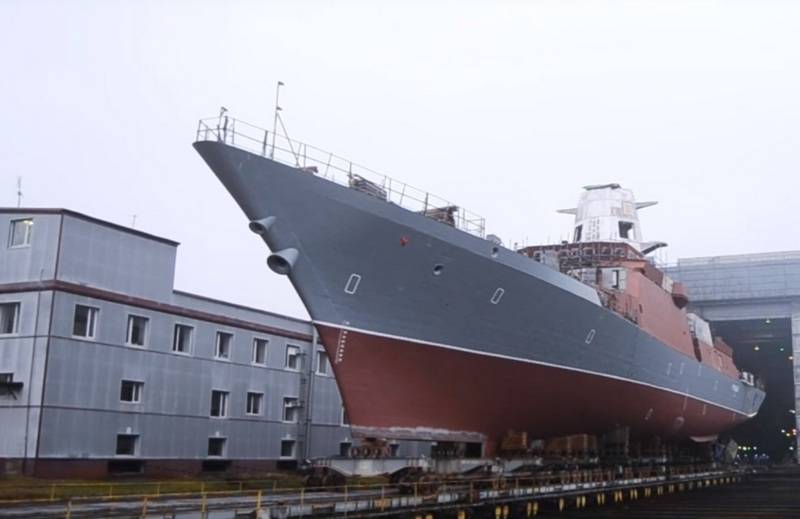 The corvette of the 20380 Retiv project, being built at the Severnaya Verf shipyard, is planned to be launched on March 12 this year. This was reported by TASS with reference to a source in the shipbuilding industry.

The launch of the Corvette Retivy is scheduled for March 12
- the agency leads the words of the source.

The Corvette Retivy is the fifth in a series of ships of Project 20380, built at the Northern Shipyard Shipyard, but will be launched sixth. The Correspondents “Stereguschiy”, “Soobrazitelny”, “Boyky” and “Resistant” are already serving in the Baltic Fleet, the corvette “Strict”, laid down later than the “Retivy”, was launched in June 2019.

From the previous corvettes of Project 20380, the Retivy and Strogiy ones are distinguished mainly by the installation of a new multifunctional Zadlon radar complex on them with the placement of fixed antennas in a tower-like superstructure, similar to the corvettes of project 20385.

“Retive” was laid down on February 20, 2015, on October 04, 2017 the formation of the hull was completed, on March 21, 2018, the loading of engines and gearboxes in the fore engine room was completed. Derived from the boathouse on December 25, 2019. After launching it will be completed afloat; commissioning of the Navy is planned for this year. Will be part of the Baltic fleet.

The main armament is the Uran 2X4 anti-ship missile system, and the Caliber or Onyx from the eighth ship. Also in service with the Redut air defense system, the Pak-NK anti-submarine system, the A-100 190-mm gun mount, two 14,5 mm machine-gun mounts and two DP-64 anti-sabotage grenade launchers. There is a hangar for the Ka-27 helicopter.
Ctrl Enter

We are in Yandex Zen
Corvette "Boyky" received an art installation
The Northern Shipyard in May will launch the third serial Corvette of the 20380 project "Resistant"
51 comment
Information
Dear reader, to leave comments on the publication, you must to register.