Reforms in the electric power industry of Russia: “dancing” tariffs 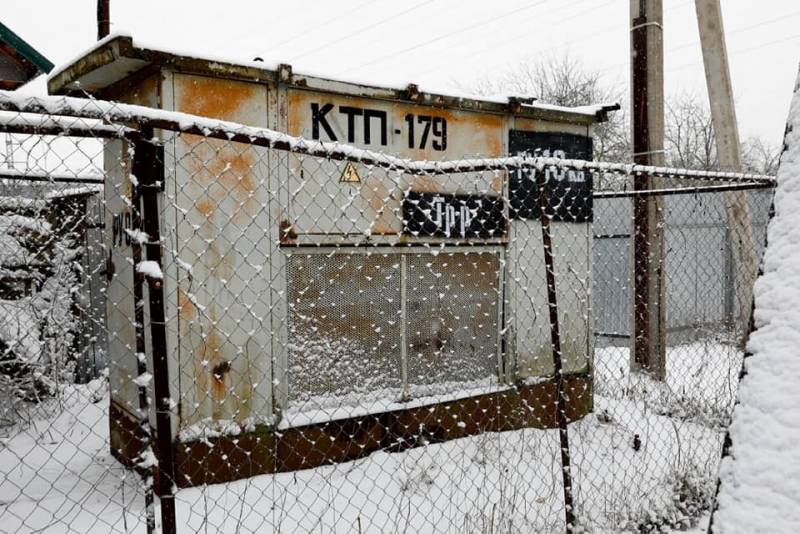 Last Friday, Chairman of the Council of the Federation Valentina Matvienko at a chamber meeting took the initiative to create a unified state policy of setting electricity tariffs to eliminate the imbalance in the cost of energy services in different regions of Russia.

The Federation Council promptly responded to the speaker’s proposal at the Rosseti energy holding. The deputy general director of the company for economics and finance Pavel Grebtsov in the newspaper Novye Izvestia agreed with Matvienko: this problem really exists.

As an example, Golubtsov noted that the cost of electricity in the Irkutsk region is 3,8 times lower than in neighboring Buryatia, and eight times less than Tyva. According to the expert, "such differences are discriminatory for consumers, and also create certain economic difficulties for investors in Russia, in those areas where electricity tariffs are quite high." A real “dance” of tariffs.

News about the upcoming equalization of electricity tariffs by the middle of the week reached the federal media. They burst into forecasts of the upcoming price increase in regions that are prosperous in energy supply.

Valery Semenov, a member of the Federation Council Committee on Budget and Financial Markets, tried to calm the media confusion. It didn’t work out very well. The senator said that the price throughout Russia should be less than the average tariff - 3,4 rubles per kWh. Where it is below this value, the cost of electricity will not increase.

Then Semyonov added that in order to equalize tariffs, he would have to resort to “federal subsidies,” which made the situation even more confusing. Since the senator’s assumption went beyond his competence and demonstrated: the question has not yet been worked out. Let's remember where it came from.

Union of fishing collective farms asks for help of senators

Its roots come from the distant now zero, when they started the reform of RAO UES. Its purpose was to separate generating companies from distribution networks. The networks themselves should be divided into autonomous sectoral companies that must compete with each other and in this competition lower tariffs for consumers.

All this was covered by one specific goal - to attract investments into the energy industry, since business did not really want to invest in the state structure. The plan was a success. According to the Russian Energy Agency, a decade after the RAO UES reform, 39,8 GW of generating capacity was commissioned. For comparison, in the pre-reform decade, capacities of only 12,4 GW were commissioned.

With competition it turned out to be more difficult. Instead of one big monopolist, the country received dozens of smaller companies, which also dictated conditions to ordinary consumers locally. The problems were added by Russian reality.

Its peculiarity is that since the nineties in the energy sector the so-called cross-subsidization has been introduced, when commercial enterprises pay for the low tariffs for the population with a high cost of electricity.

It so happened that after the reform, a part of large energy consumers left the distribution segment and backbone networks and turned out to be free from subsidizing the population. This burden now fell on the business remaining in the local distribution networks.

Someone was lucky, as, for example, the already mentioned Irkutsk region. The presence of cheap generation (three hydroelectric power stations) and large energy-intensive industries (aluminum smelters) made cross-subsidization and, accordingly, low tariffs for the population, not burdensome for business.

But this is a rare exception. Valentina Matvienko’s initiative was born after last year’s letter to the Federation Council of the Khabarovsk Union of Fishing Collective Farms. In their appeal, the fishermen wrote: “The cost of an economically sound tariff for electricity supplied by Okhotskenergo LLC to enterprises in the first half of 2019 is 33,08 rubles / kW * h, while for the population a preferential rate of 3,10 rubles / kW is applied * h, - the Izvestia newspaper quotes the document. “If we compare the indicated electricity tariff with the preferential tariff for ship repair enterprises of the neighboring Primorsky Territory, which is used by all enterprises in the industry, then it does not exceed 7,00 rubles / kWh.”

“It is not entirely clear,” the union of fishery farms draws the attention of senators, “why in neighboring Yakutia in the village of Belkachi, the population pays 4,20 rubles for light, and entrepreneurs are about a ruble more expensive - 5,63. There is only one country, and the prices are so different. ”

The answer is clear. After the reform of the RAO EU, federal subsidies have gone, regional remains. Now, according to Senator Sergei Lisovsky, the poorer the region, the higher its electricity tariffs. It seems that this problem will now be solved.

Prime Minister Mikhail Mishustin has already instructed to study the initiative of Valentina Matvienko. Based on this information, experts close to the topic make forecasts that the “dancing” electricity tariffs will equalize in the first half of 2021.

According to their estimates, for half of consumers of electricity its cost will decrease. Let's see how these forecasts coincide with real Russian practice.

We are in Yandex Zen
Situational analysis of the death of the MH17 flight (Malaysian Boeing 777), made on the basis of engineering analysis from 15.08.2014
Behind the elections, ahead - rations
29 comments
Information
Dear reader, to leave comments on the publication, you must to register.