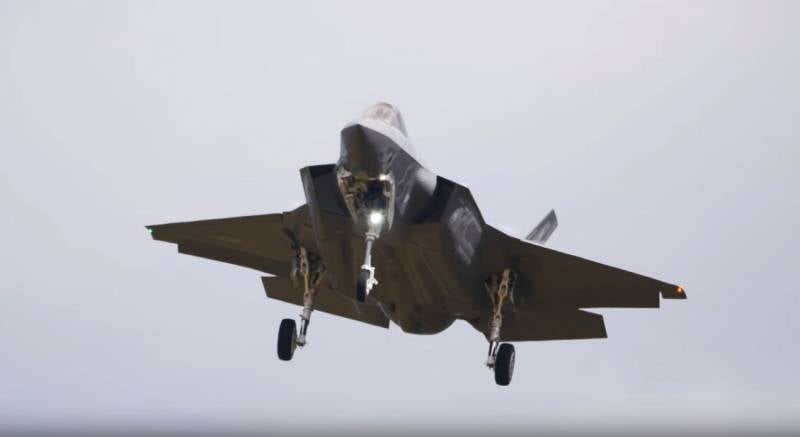 Negotiations on the F-35 between manufacturer Lockheed Martin and Belgium are being delayed and becoming more complex. Brussels expects to receive compensation by agreement.


In 2018, Belgium entered into a contract with the United States for the supply of 34 fifth-generation F-35 aircraft for the needs of its Air Force. In Brussels, they planned to replace them with 54 F-16 fighters, which have been in the arsenal of the Belgian Air Force since the 1980s. The contract value amounted to 3,8 billion dollars.

But the Belgian side had one very important condition - Brussels demanded the participation of its industry in the production program of the latest aircraft. Brussels' position on this issue is understandable - to load its industrial capacities, solve the problem of jobs and achieve a return on funds invested in the acquisition of aircraft. Meanwhile, experts have already established that, at best, industrial enterprises in the south of the country, in Wallonia, will be able to rely on only 700 million euros of industrial income during the term of the contract.

This amount refers to the most optimistic scenarios and concerns both participation in the manufacture of F-35 elements and aircraft maintenance for at least fifteen years,
- writes a Belgian source.

Lockheed Martin, in turn, does not promise to compensate for the investment, which has allowed many Belgian media to talk about Brussels' over-naivety when buying the F-35. Moreover, you can compare the position of Lockheed Martin with its rival Dassault Aviation, which offered Belgium to acquire Rafale. Unlike the American company, the French promised the Belgians a 3,8% guarantee of the return of XNUMX billion dollars in the course of the contract. It turns out that the conditions for the acquisition of Rafale were more favorable.

Perhaps senior Belgian officials are already “biting their elbows,” desperate to negotiate with their American partners. The Belgian government, which alluded to “security interests,” ended up in an extremely disadvantaged position: Lockheed has few obligations to it, and the Belgian leadership has even less opportunity to put pressure on the American company.

What is the international effect of the dispute between Belgium and Lockheed Martin? First of all, the fact that the position of the American company shows: before concluding an agreement on the acquisition of the F-35, you need to think very carefully. Americans, always guided by the “right of the strong”, will pursue exclusively their own benefit, which may conflict with the original intentions and calculations of the buyer.

With customers, by the way, things are not as good as the Americans would like. Firstly, the F-35 aircraft is very expensive and can only be acquired by wealthy, solvent countries. Accordingly, Eastern European states are excluded, which Washington is actively “feeding” now.

Secondly, the numerous shortcomings of the aircraft are already known. Even those aircraft, the purchase agreement of which was concluded with Belgium, were declared unfit by the American experts themselves.

Thirdly, the project has competitors. The most solvent countries in Europe - France, Germany, the UK - prefer to develop their own fifth-generation fighter projects. Even the UK, which had previously relied heavily on the F-35, is now implementing the Tempest program.

In addition to European countries, fifth-generation American fighters could acquire Persian Gulf monarchies. They have enough money. But the sale of the latest fighters to the Arab kingdoms and the emirates is a "nightmare" of neighboring Israel, whose interests are also lobbyed by an impressive part of the American political and economic elite. So the fate of further international contracts on the F-35 is very vague.

We are in Yandex Zen
Rating of the most significant contracts of Russia for the export of drug products concluded in 2012
The 20 rating of the largest arms deals, decisions on which were made in 2012
23 comments
Information
Dear reader, to leave comments on the publication, you must to register.