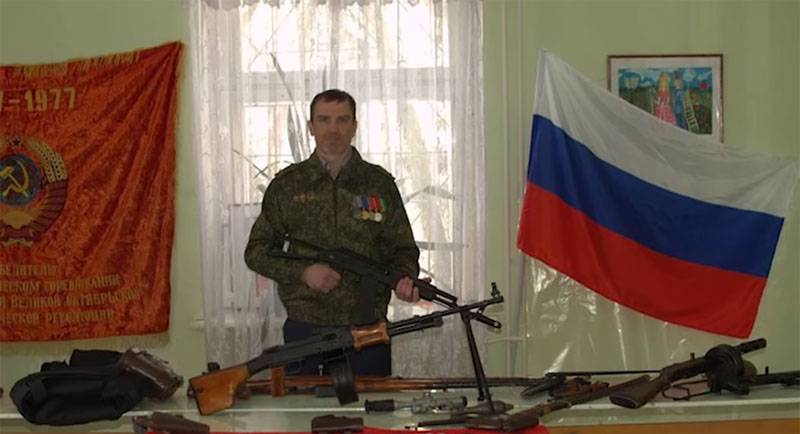 We talk a lot about the approaching date - the 75th anniversary of the Victory in the Great Patriotic War. And it is right. Those who defeated fascism are worthy of the memory of their descendants. Like all those who gave their lives for the independence of our country in all wars in which the Russians had to participate. How enrages some fellow citizens of our memory! How much poison spills on those who speak directly about it!

The eternal war of good and evil. Who is who

Writing today about “it would be better if we lost the war and now we would live like Germans” is dangerous. They can fill the face. In the literal sense of the word. But you can "bite" those who are really, and not just in words and sponsor money, engaged in patriotic education. You can carry them in social networks. You can lie. Tell anything about them. Like, this is a personal opinion and no one has the right to forbid me to express it ...

But try to answer such “heroes from the monitor” in their own language. No, do not call names, do not use profanity. It’s simple enough to answer in the way that the deputy of the legislative assembly of the Sverdlovsk region, Andrei Gorislavtsev, did. "Your upbringing has not grown." A howl from "indignant parents", "the public", various "public assistants" is provided!

Many readers have already heard about the scandal erupting. Deputy of the Legislative Assembly of the Sverdlovsk Region, a master of boxing, a former SOBR officer who fought in Chechnya, was awarded the Medal For Courage in 1996, the head of the spiritual and patriotic movement Rus and vice president of the Boxing Federation of Yekaterinburg, director of the Ural Steel Construction Plant Andrey Gorislavtsev in Facebook reported on the next lesson of courage, which is held constantly in various schools of the region, held in the village of Mountain Shield.

Such lessons have been held for many years, and, I hope, will continue to be held. Association "Rus", war veterans and youth, bring models to schools weapons, talk about the wars in which they themselves participated, or about those in which our troops are participating today. The stories are accompanied by a display of weapons models that schoolchildren can touch, hold in their hands.

In addition, “Rus” also talks about the sports achievements of fellow countrymen, about the boxing school. Invites students to play sports. In parallel with the deputy and the leadership of the patriotic association, Gorislavtsev also runs a network of boxing schools in the city.

But suddenly (I repeat, “Russia” spends such lessons of courage in various schools of the region periodically) some of the parents saw the militarization of education in these lessons of patriotism! The discussion flared up under the post of deputy.

What happened during the discussion

I will quote some statements. Here is what the deputy wrote under the photo from the lesson:

“It turned out that Turkey associates Turkey with all-inclusiveness in Antalya, and not with bloody wars with Russia, in which the Ottoman Empire lost 2/3 of its territory.”
“You don’t like what we tell the guys about the feat of our ancestors who defended their homeland, and show samples of weapons. And you want to forbid us to tell children about the war through requests and complaints. Call yourself a human rights activist. And your goal: a generation of dancers accustomed to comfort. ”
"... boys are always drawn to fight, to win, to defend, this is natural and normal."
"... masks fall off in the war, traitors, all-wearers, cowards, pacifists, critics of power and the armed forces appear."

But these are the answers of the opponents of Gorislavtsev.

“Veterans came to us, yes. But machine guns and machine guns were not brought to school. They talked about the war, about the fact that it was horror, dirt, mutilation, death. About the fact that war is a great misfortune for any country, and God forbid that we children fall on it. And your war is normal, naturally, this is victory, order, honor, respect, patriotism. And about the severed legs and coffins with the young soldiers, you are somehow silent, apparently out of modesty. ”
(Alexey Sadovsky.)

“According to the Family Code of the Russian Federation, I am obliged and entitled to engage in the upbringing, education, development of the moral, spiritual, physical of my children. Where in the Family Code of the Russian Federation it is indicated that extraneous male pilots are entitled, and even more so obliged to intervene in the process of raising my children? Hands off our children! ”
(Konstantin Klimov.)

By the way, it was to this post that Andrei Gorislavtsev answered. The “wave” was raised by Olga Vekovshinina, public assistant to the Commissioner for Human Rights of the Sverdlovsk Region. It was she who found out a very important detail from the life of the future deputy. It turns out that he did not finish the pedagogical institute. Agree, the high school of police is not a teacher training institution. And the Russian language (or labor lessons) did not teach! He worked as an operative in the police department, "line of work: robberies, robberies." Here is her post:

“People completely far from teaching need your children. Entire organizations need. And they go to schools, go with weapons, sacredly believing that this is exactly what your children need today. I entered into a dialogue with men from the spiritual and patriotic movement "Rus", seeing their post with photos. A discussion ensued, the men went on the attack.
It turns out that they conduct “lessons of courage” in schools. I read about this organization, they have several boxing schools, and that's good. Why climbed into schools? Yes, even with such goals. After all, this is not provided for by the school curriculum, according to which children should receive knowledge. Do children have to watch extra hours about wars and see weapons? I intend to make a request to the Ministry of Education. ”

Will we talk about exploits in war or educate pacifists?

I'm probably something in this mess News missed. No longer fighting on earth? Did the NATO troops send their weapons to the scrap smelting plants? Have the Americans gathered all over the country to build a Crimean-style bridge across the ocean and hug their beloved Russian people? Is global terrorism over? The criminals themselves re-educated themselves and went to work as assistant teachers in kindergartens? Are we already living in the most peaceful time?

Then the rights of Mrs. Public Assistant. I agree with her conclusion about the lack of teacher education at the deputy. Probably, his upbringing was influenced by the fact for which he later received a very respected award “For Courage”. A lesson in courage ... Well, not comme il faut. The educator would call it something like this: a lesson in immersion in history. Come, schoolboy, look at the window and immerse yourself. Forget your dead great-grandfather.

I’m wondering why Mrs. Vekovshinina forgot about boxing? There, people hit each other in the face with their fists. Also not comme il faut. Nose can break or ears. Instead of boxing schools, it is urgent to introduce schools of kisses, for example. And what, beautiful ... Imagine a heavyweight championship fight. 12 rounds. Who will kiss someone before losing consciousness ...

That's how it turns out, the president constantly talks about patriotic education, the state spends huge amounts on creating “Patriots”, army games, restoring monuments to soldiers, and at the same time, in the places where most men have served or will go to serve in the army, they begin mud to enthusiasts who really work with children? And we are silent ...

We are in Yandex Zen
About Stalin and Khrushchev
What you didn't want to know about England
323 comments
Information
Dear reader, to leave comments on the publication, you must to register.