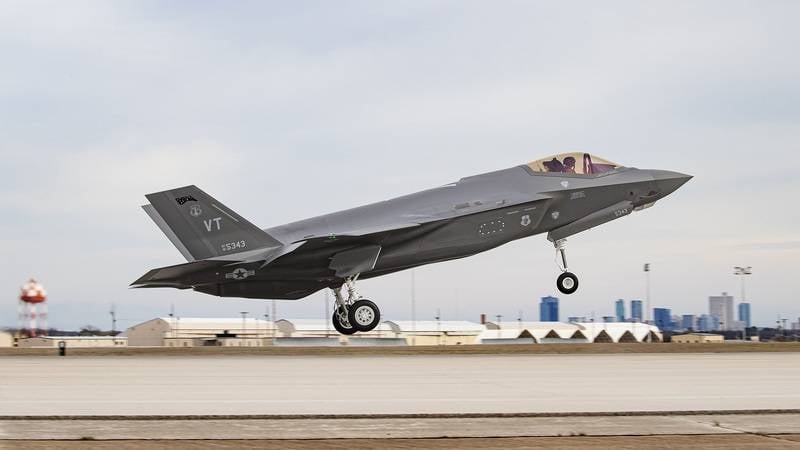 The U.S. Air Force received the 500th fifth-generation fighter F-35 Lightning II. The fighter entered service with the 134th fighter squadron of the 158th fighter wing of the Air Force of the Vermont National Guard, based at Burlington Air Base, reports the bmpd blog.

According to a corporation press release, out of 500 aircraft, 353 were delivered to the US military and 147 to foreign customers. Of those delivered abroad, 55 were sold through the American program of intergovernmental military sales Foreign Military Sales - FMS, and 92 went to the "partners" under the F-35 program. 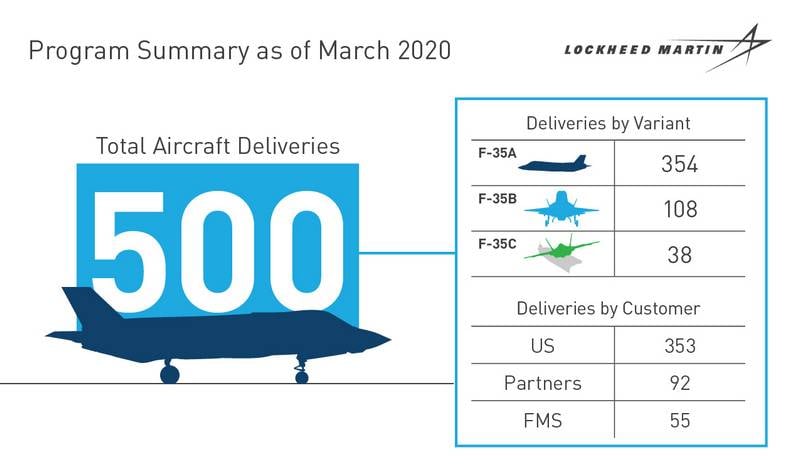 To date, the F-35 is in service with nine countries, while four operators of this aircraft used it in combat operations (the Air Force and the US Marine Corps, Israel, Great Britain). The total flying time of F-35 of all types reached 250 thousand hours.

We are in Yandex Zen
F-16 Block 61 for the UAE
Lockheed reported on the progress of the F-35 program
87 comments
Information
Dear reader, to leave comments on the publication, you must to register.