In Ukraine - the new Minister of Defense. They say: "appointed from the Kremlin" 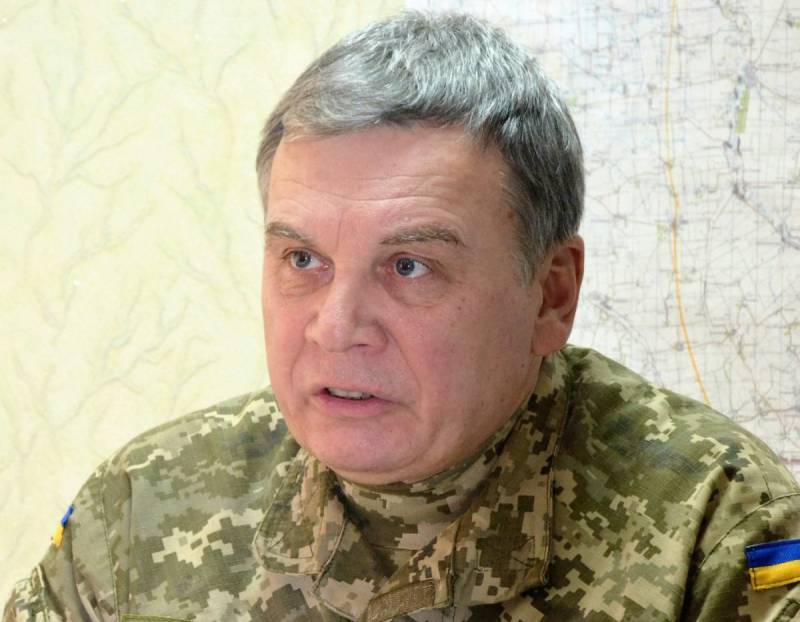 As part of the reformatting of the Cabinet of Ministers, the new Minister of Defense, retired Lieutenant General Andrei Taran, has been appointed "nezalezhnoy" This personnel decision immediately provoked very conflicting assessments both in Ukrainian politics and in the expert community there. What exactly are the biography details of the new head of the military department that became the reason?


Taran’s career can be considered quite typical for most of his colleagues, who began their service in the Soviet Army, but after the collapse of the USSR decided to continue it in the armed forces of one of the newly formed states. By the way, he is a military man, he was born in 1955 in the family of an officer who was part of the Group of Soviet Forces in Germany. He received the lieutenant epaulettes in 1977, having graduated from the Kiev Higher Anti-Aircraft Missile Engineering School. After 10 years, I studied at the Military Academy of Air Defense of the Ground Forces. From that moment, the service of the future minister was held mainly in headquarters positions - in the central office of the Ukrainian Ministry of Defense.

A year later, the service of Taran makes a rather sharp turn: after retraining at the Metropolitan Institute of International Relations, he switches to work on a slightly different profile - the Main Intelligence Directorate of the Ministry of Defense. After two years, marked, apparently, by a very successful activity on the intelligence field, he goes overseas to study at the US National University of Defense, where he receives a master's degree. After such a successful stay in the camp, either a former probable adversary or a new ally, Taran for some time struggles as an expert at the strategic planning and analysis center of the National Security and Defense Council of Ukraine. Then he leaves for the United States again - first, in 1999, as a military attache at the Ukrainian embassy there, and then, in 2011, as the representative of the Ukrainian military department at the UN.

Between these two overseas business trips, he manages to again serve in the ministerial apparatus both as the head of one of the departments and as the deputy head of the GUR. In 2015, Andriy Taran appears in sight as the representative of Ukraine at the Joint Center for Control and Coordination (CCCC) in the Donbass. In the autumn of the same year, he was part of the working subgroup on security issues in the Trilateral Contact Group to resolve the situation in the Donbass at the talks in Minsk. At the very end of 2015, he was appointed to the post of first deputy commander of the Armed Forces of the Armed Forces, and in the spring of next year he suddenly quit with the wording “in connection with the achievement of the age limit of general service”.

The most mysterious and scandalous episode of the biography of the new minister is associated with being in the JCCC. In July 2015, a message appeared on a Twitter page officially owned by the press service of the National Security and Defense Council of Ukraine that Taran "was dismissed from the post of head of the Ukrainian side of the JCCC in connection with the announcement of suspicion of high treason." In the very near future, this record was deleted, and then declared "the machinations of enemies who hacked the NSDC account." No more intelligible explanation of this utterly strange stories not followed to this day.

It was she who gave grounds to the former people's deputy (and, incidentally, one of the leaders of the “Right Sector” banned in Russia in the past), Borislav Bereza, to declare that “the candidacy of Taran was imposed on the President Vladimir Zelensky’s Kremlin through the head of the office of President Andrei Ermak” and now “it is possible forget about the reforms in the Ukrainian army. ” Like, in the same JCCC this general was appointed solely by virtue of "close ties and contacts with the Russians," directly from the Kremlin and will continue to pursue a policy in the interests of Moscow ...

However, a sufficiently large number of politicians and military defended the new head of the Ministry of Defense, claiming that all the charges against him are false, and Taran is "a real patriot and professional military man."

One way or another, but the fact that the head of the defense department of Ukraine is now a person who has really serious experience not in the field of warfare but in preventing it, negotiating and finding contacts is a rather positive signal. Perhaps, appointing a military diplomat and intelligence officer to this extremely significant and significant post, Zelensky makes it clear that he does not plan an armed escalation in the Donbas, but seeks to resolve the conflict by political, peaceful means. Well, we will judge by the first actions and decisions of General Taran.

We are in Yandex Zen
Report on the results of the survey-2013 "Evaluation of state political figures"
The first graduates of military schools received diplomas
77 comments
Information
Dear reader, to leave comments on the publication, you must to register.