American Failures: KS-46 turned out to be a problem tanker 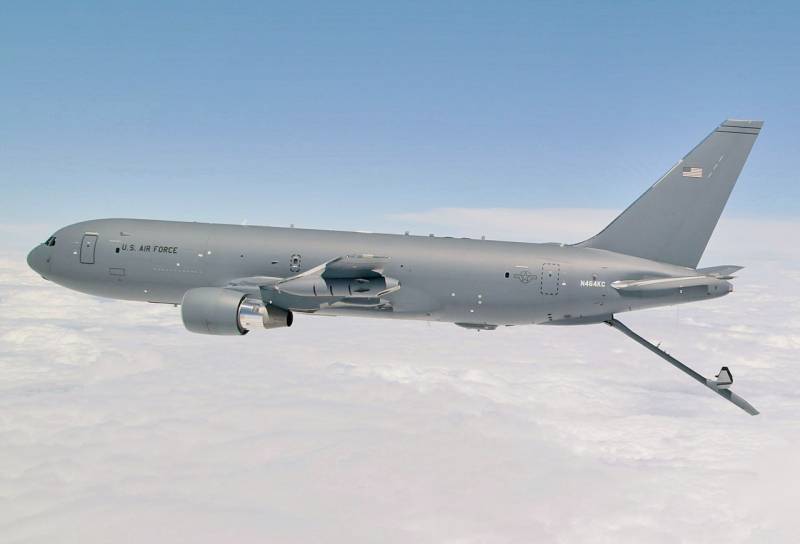 The requirements of the new time

For example. Now the U.S. Air Force has at its disposal nearly 400 refueling aircraft Boeing KC-135 Stratotanker, about fifty KC-10A and about the same or more tankers based on Lockheed C-130 Hercules transporter. To better understand the difference, we recall that the Russian aerospace forces, according to various sources, have 10-15 tankers Il-78 and Il-78M. However, for the bulk of European countries even this seems completely unattainable.

The above example demonstrates well why air force cannot be compared head-on - that is, by the number of combat aircraft. The modern Air Force requires a large number of refueling aircraft, AWACS and reconnaissance aircraft, without which the combat potential cannot be fully revealed if you have at least a thousand fifth-generation fighters and a hundred invisible bombers. 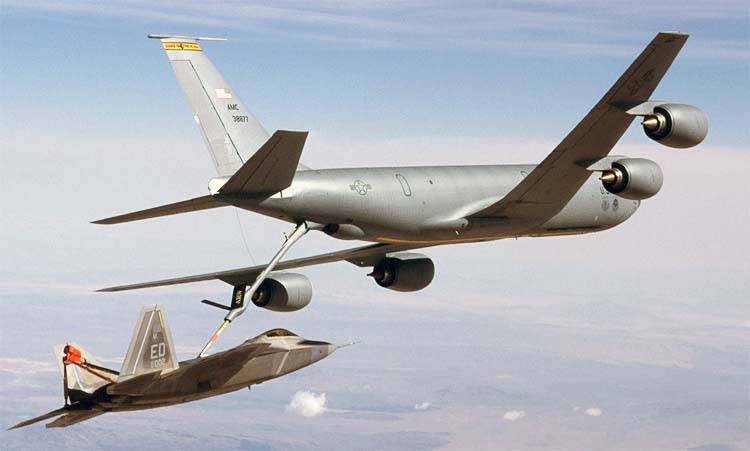 On the other hand, any military equipment costs money, and modern requires investment of simply inconceivable means by the standards of past eras. Moreover, the availability of money alone does not guarantee success - in fact, with the introduction of new equipment into operation, difficulties are only beginning. This once again showed an example of the new KS-46 refueling aircraft, whose role in the US Air Force in terms of importance can only be compared with the role of some F-22.

Much more ambitious plans for the KC-46, which should replace the entire fleet of KC-135 aircraft in the United States Air Force. Recall that in 2014, the US Air Force assigned the new KC-46A refueling aircraft the name Pegasus.

The plane has something to brag about: at least on paper. The total amount of fuel for recoil on its board is 94198 kilograms. For comparison: the KC-135 Stratotanker has a maximum load of 54432 kilograms of fuel. No less important was the widespread use of the latest technologies, which are designed to make the operation of aircraft as convenient and efficient as possible. One of the most important innovations is the remote monitoring and control system. Special 3D glasses were created for operators, which in theory allows more effective control of the refueling process. This system, as it turned out, can cost pilots life. However, first things first. 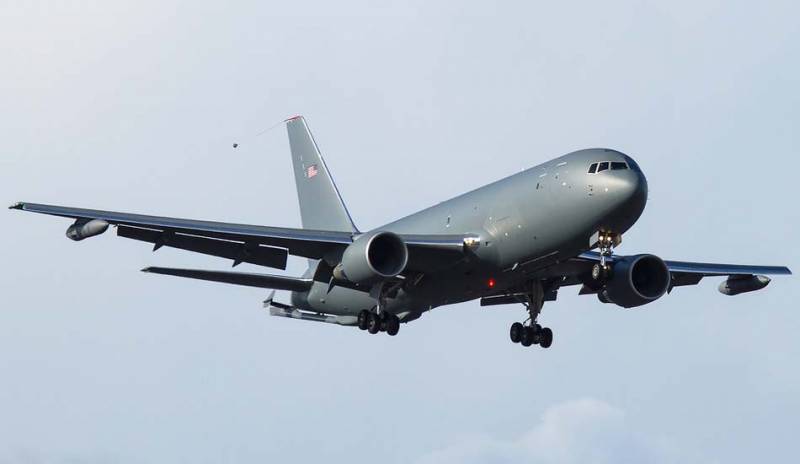 The first contract provides for the supply of 34 such aircraft, and the previously announced final number of KC-46 should be 179 units. The first difficulties very quickly made themselves felt. Last year, Popular Mechanics wrote that the recently released KC-46 delivered the Air Force in a completely inappropriate form. At least ten new cars have discovered things that should not be there. The military complained about loose tools and various rubbish. The situation was so serious that the American pilots refused to fly on a new tanker. They can be understood: poorly fixed equipment can harm the aircraft during departure, which can lead to an accident or even disaster.

About this history one would forget if not for one “but”. Similar problems have recently been haunted by Boeing. In February, it became known that garbage was found in the fuel tanks of the Boeing 737 Max. Fragments of foreign objects were found by company employees during maintenance of already constructed aircraft, which are located at the corporation's parking lot in Seattle. Many other problems of the Boeing 737 Max, which were revealed after two tragedies involving the aircraft of this model, were also added here: the terrible crash of the Boeing 737 near Jakarta in 2018 and the equally terrible crash of the Boeing 737 near Addis Ababa in 2019. Recall that the reason in both cases, according to experts, was the MCAS (Maneuvering Characteristics Augmentation System) flight stabilization system, which, according to available information, can make the aircraft almost uncontrollable. 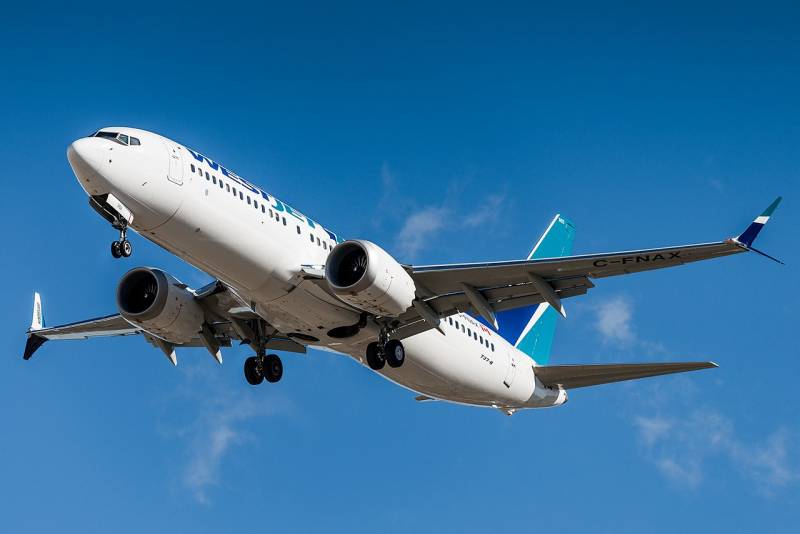 Problems of this kind have already had a big impact on the company. For January 2020, the company for the first time in almost 60 years has not received a single order. On the other hand, does this mean that all Boeing aircraft are “bad”? Not at all. The question, rather, is that after the aforementioned disasters, special attention is riveted on the company, and each failure of the 737 Max becomes an occasion for discussion in the media.

If we talk about KS-46, then, in addition to build quality, the aircraft has other difficulties, which we have already talked about. In one of the new videos, you can see how, when refueling a US Air Force F-15E Strike Eagle fighter, the KC-46 Pegasus tanker arrow hit a combat aircraft. Fortunately, then there were no casualties, and the fighting vehicle successfully returned to base. This incident only confirmed the fears of experts that so far KS-46 can not effectively solve the tasks it faces. 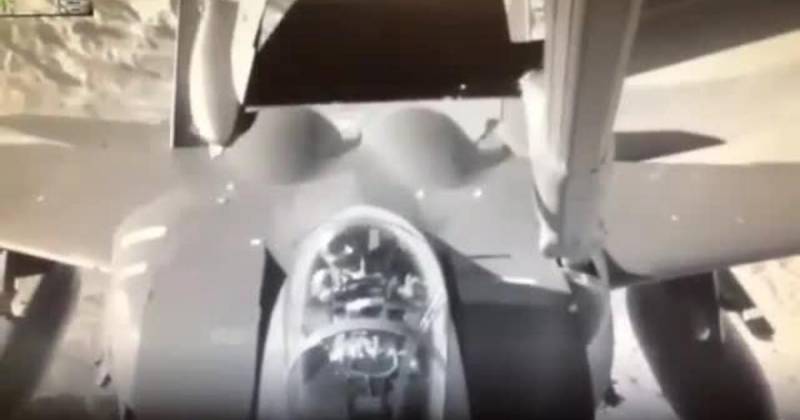 They understand this at the Pentagon. The US Department of Defense said it requires Boeing to “critically analyze hardware and software at the system level and reconstruct the refueling rod drive”: the latter is designed to reduce its rigidity. Experts found that in the current version, the design puts the tanker under excessive loads, which, in turn, leads to a decrease in the tanker's resource and can cause accidents. The contract for modernization is estimated at 55 million dollars with the completion of work by 2021. According to independent experts, the situation is even more serious than it seems at first glance: improvements may require at least three to four years.

These problems are stratified by others, which are largely caused by the huge costs of the project. Now the cost of one KC-46 is estimated at about $ 150 million, which makes the tanker one of the most expensive aircraft of the US Air Force. On the other hand, with the launch of the machine in a large “series”, a drop in its value can be expected, even taking into account modernizations. In general, the “childhood diseases” characteristic of any new technology will not kill the project, but in the future it will need to pass the test of time.

Not a stealth tanker

The main problem for KS-46 may be the concept itself. Recall that at the time of the introduction of the aircraft into the US Air Force were already largely “invisible”: only the F-35 in different versions and for different customers at the beginning of 2020 built about 500 units.

The use of the KC-46A Pegasus can play a cruel joke, because when refueling it unmasks stealth-built aircraft. By the way, a few years ago, experts at the Lockheed Martin branch called Skunk Works proposed the US Air Force the “invisible tanker”. 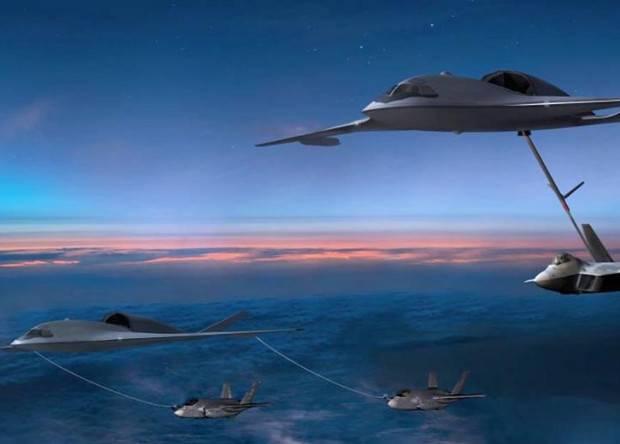 A tender for the U.S. Navy played a role here, in the framework of which they should create a stealth drone refueling tank, which was previously designated MQ-25. As we know, the Boeing company won the competition, which became very unpleasant news for Lockheed Martin. And, of course, the company would like to “win back” the invested efforts ...