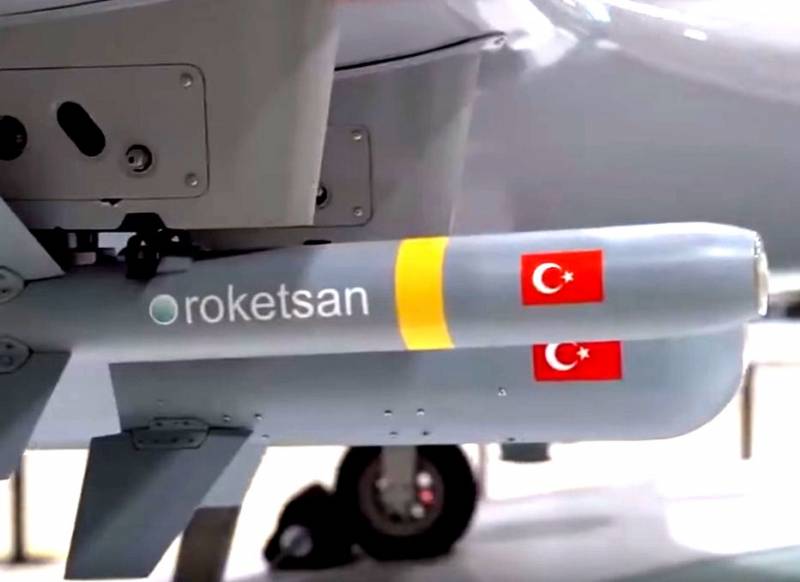 
The publication on the Chinese resource criticizes the aggressive actions of Turkey. The author of Sohu notes that the Turkish army insolently invaded Syria and supported the anti-government forces operating there. Russia continues to support Syria, but the Turkish army is increasing its military presence in the occupied territories. And one of the important factors that allow Turkey to feel confident is the success of Turkish drones in the Syrian sky.

Since Syrian airspace is closed to Turkish air forces, and the Russian Ministry of Defense even specifically warned the Turkish side that it could not guarantee the safety of Turkish aircraft if they appeared above Idlib, in Ankara they decided to use unmanned aerial vehicles in the sky over Syria. It is with the help of drones that the Turks conduct air attacks on Syrian military convoys, patrols, roadblocks, military equipment groups and even individual military vehicles or motorcycles.

For Syria, this is obviously a heavy loss. For Russia, this is a domestic air defense system. She was destroyed in this way and lost her face,
- writes the author of Sohu.

The question posed by the Chinese publication is really very interesting, given that Turkey, even without the use of its fighter aviation, managed to control a significant part of Syrian airspace with the help of drones. And Syrian air defense, armed with Soviet and Russian weaponscan’t do anything about it. Yes, they periodically shoot down unmanned vehicles, but not as actively as one might expect.

Bloomberg calls the unprecedented number of drones involved by the Turkish Air Force in the sky over Syria. The Turkish army managed to literally besiege Syria with its drones, which every day attack the positions of the Syrian Arab army and its moving columns and convoys.

By the way, although the Syrian troops have pretty good air defense systems, the Turkish military managed to shoot down several Syrian air forces, including the Su-24. An amusing picture is emerging: the Syrians are shooting down drones, but the drone attacks are still continuing and cause great damage to government troops, and the Turks are successfully shooting down Syrian air forces. The only thing that pleases is that in both cases of the downing of the Syrian Air Force Su-24, the Syrian pilots managed to escape, safely landing with parachutes.

At the same time, by shooting down Turkish aircraft, Syria acts in full accordance with international law, since they violate its airspace. Turkish Air Force F-16s operate from Turkish airspace for fear of entering the airspace of the ATS.

We are in Yandex Zen
Situational analysis of the death of the MH17 flight (Malaysian Boeing 777), made on the basis of engineering analysis from 15.08.2014
Syria: Americans scare themselves, and Asma Asad buys chairs
139 comments
Information
Dear reader, to leave comments on the publication, you must to register.