Syria, March 4: In an attempt to counter-attack near Seracib, the militants suffered losses and retreated 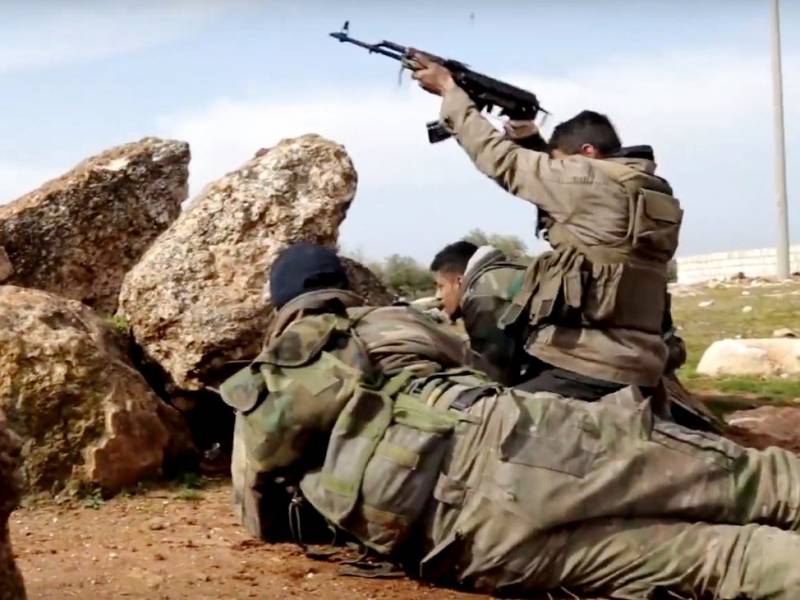 As of noon on March 4, fighting continues in Syria between parts of the Syrian Arab army and Turkish-backed illegal armed groups.


The Turkish Ministry of Defense reports on the deaths of military personnel.

Attempts by militants to once again occupy the strategically important city of Serakib failed. Government forces managed to repel the enemy’s attacks, and the militants themselves in an interview with Al-Jazeera claimed that this happened thanks to the support of the Russian aviation. Having suffered losses, the militants were forced to retreat.

Now the revitalization of militants is observed in the southern part of Idlib province, in rural areas. But here, success is not accompanied by radical groups: the Syrian government forces continue to crowd out militants of pro-Turkish formations.

As a result of the battles for rural settlements, the militant groups lost in numbers and were forced to start a retreat to the northern part of Idlib. The villages of Hass, Mutarat, Muatassin and Arabo were under the control of government forces.

However, the Turkish armed forces supporting the militants continue to attack the positions and columns of the Syrian government forces in Idlib and Aleppo. For air attacks, as before, unmanned aerial vehicles are used. 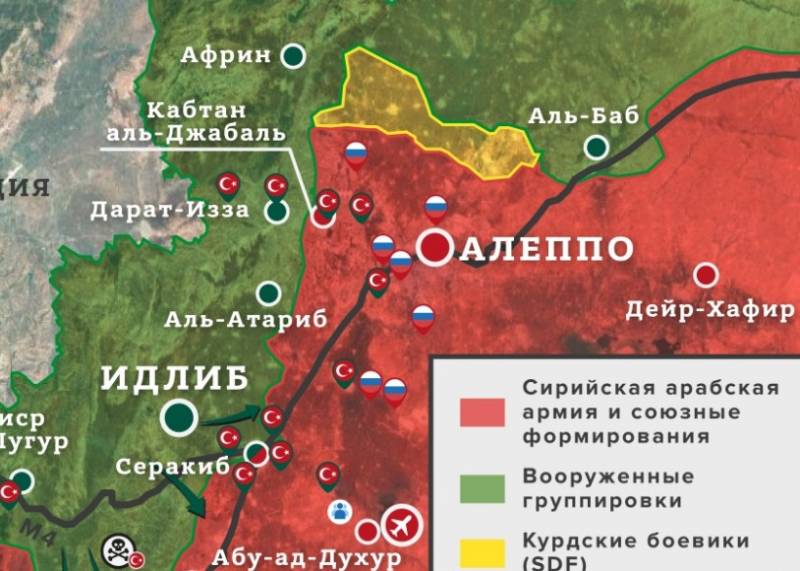 The Syrian military also seized the militants' weapons depot. Among the discovered weapons - Turkish-made pistols, machine guns, ammunition, and even an unmanned aerial vehicle that could be used to carry out reconnaissance missions of government positions.

Restlessly in other provinces of Syria. So, in the province of Hama, fighting unfolded in the area of ​​the city of Al-Ziyar, and in the Al-Ankawi region, Syrian government troops fired on the positions of the militants.

Thus, we see that there are no significant changes in the situation in the north of Syria. Turkey successfully uses drones, which allowed a number of world publications to talk about a new method of conducting modern warfare, tested by the Turkish armed forces in Idlib. In turn, the Syrian army is slowly but successfully pushing back the militants, freeing one settlement after another.

The Turkish Ministry of Defense reported the deaths of two Turkish soldiers as a result of shelling by the Syrian army and the wounding of 2 soldiers in Idlib province. Details of what happened were not disclosed, but it is obvious that the almost daily human losses of the Turkish armed forces in Idlib cannot be called evidence of Recep Erdogan's successful policy towards Syria.

In February 2020 alone, the Syrian operation cost Turkey at least 55 human lives. With all the belligerent mood of Ankara, sooner or later, but such losses of personnel will cause discontent in Turkish society.

Tomorrow Recep Tayyip Erdogan will arrive in Moscow, where he intends to discuss the situation in Idlib. The very fact that it is Erdogan who flies to Putin suggests that for the Turkish president, for all his warlike rhetoric, the situation is becoming increasingly complicated.

We are in Yandex Zen
Syria, March 3: it is reported that another aircraft of the SAR Air Force was shot down over Idlib
Syria, March 2: success accompanies Assad troops in Idlib
114 comments
Information
Dear reader, to leave comments on the publication, you must to register.