The era of change. How the world is pushed into the new Middle Ages 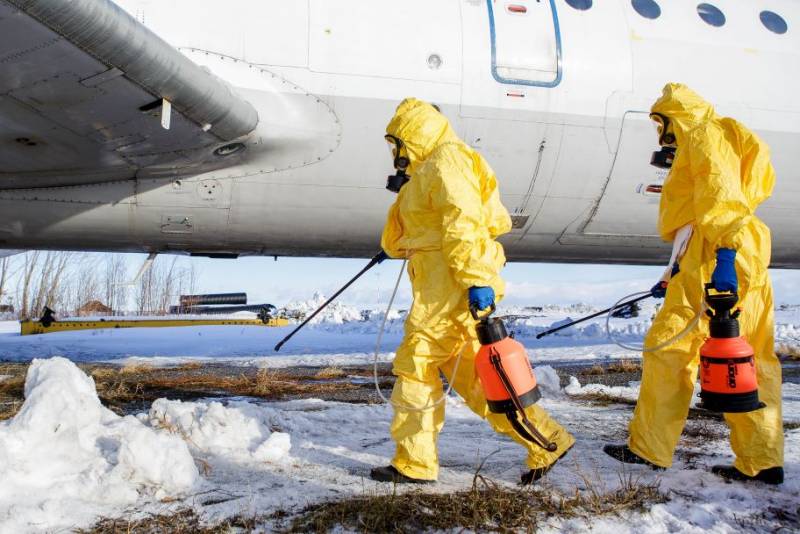 Panic due to the Chinese coronavirus has become a detonator that dumps the global economy into "Great Depression 2". The era of the new Middle Ages is coming.

Fear is stronger than infection

The new coronavirus and relatively recent epidemics are behind in mortality. So, the Ebola virus killed over 40% of infected people. During an outbreak of SARS in 2003, about 9% of patients with a confirmed diagnosis of SARS (severe acute respiratory syndrome), also known as SARS, "purple death," died in China. Middle East Respiratory Syndrome (MERS) 2012–2019 killed about a third of the sick.

Thus, the lethality from the Chinese virus can not be compared with the "slaughter" of other epidemics. Many more people die from the flu, traffic accidents, drugs and alcohol. But the panic was raised precisely because of the coronavirus. With the threat of disruption of the global economy in a new round of crisis. Already, the commodity sector of many countries, the "Chinese factory", transport companies (including air transportation), the tourism sector are suffering huge losses, and no clearance is yet visible.

First, it is obvious that parts of the global elite benefit from this situation. Capitalism, the Western world and the financial and economic system (petrodollar system), neoliberalism and consumer society in a deep crisis. The world is sinking deeper into a quagmire that could lead to a global catastrophe. Including biosphere. The way out is in “rebooting the matrix”. With the reduction of humanity, the reduction of consumption, the destruction of part of world production and infrastructure and the restoration of the environment.

The old system must be demolished, "rebooted" humanity. Previously, such problems were solved by a big war. When renewal occurred through destruction. The First World War destroyed the Russian, German, Austro-German and Ottoman empires. World War II destroyed the Third Reich, most of Europe, the Japanese Empire, and soon caused the fall of the British and French colonial empires. The third world war (the so-called cold war) led to the fall of the USSR and the socialist camp.

However, the full-scale fourth world war is very dangerous. It can cause a nuclear apocalypse. Therefore, it is ignited through a series of local and regional unrest and conflict, coups and revolutions, wars, through sanctions, information wars, cyber attacks, etc.

In particular, at the beginning of 2020, they tried to activate the Middle East front of the fourth world war with the help of large-scale provocation - the assassination of Iranian general Suleimani. However, neither Washington nor Tehran wanted a full-scale war. Everything was limited to an Iranian missile strike at a US base in Iraq. At the same time, the Americans knew about this and avoided serious losses.

Therefore, coronavirus became a kind of plan "B", when the plan "A" did not lead to success. All the information power of the world media is aimed at fueling panic.

Secondly, an information attack hit a weak spot. A modern consumer society that has become global, weak and sick. It does not hold a blow. The inhabitants have already seen enough of films and series about the "resident evil", the invasion of zombies and epidemics. Current inhabitants want to live sweetly. And even minimal losses for modern society are unacceptable. Therefore, the current US and European countries can no longer wage a classic war with high losses. The death of hundreds of thousands of Arabs in Iraq and Syria, blacks in Africa for them is an empty phrase. But the death of even several Europeans and Americans is a disaster for them.

Plus a wild drop in the level of upbringing and education since the collapse of the USSR. Hence the wildest rumors and reactions. The first attempts to "witch hunt", as in Little Russia-Ukraine. The epidemic of wild, animal, irrational fear on the planet. A subtle raid of civilization instantly flies. In Iran, a hospital with infected people is ready to burn. A little more, and they will call to burn liners and planes with patients.

The most important consequences of universal psychosis regarding coronavirus are economic, global. The price of raw materials is falling. Suppliers of raw materials and resources, including the Russian energy power, are under attack. Under attack is the "Chinese factory", where the situation with production is catastrophic. Plus, the financial bubble that the Chinese have been regularly inflating in recent years, and are now trying to flood the crisis with money. Even if China starts to recover, it will be very difficult to return to previous volumes.

It is possible that financial bubbles will burst in the USA and other Western countries, in Japan. The fall of the US stock exchange will be a powerful explosion that will trigger a chain reaction. Since 2008, all the leading central banks of the world have flooded the crisis with money. At the same time, they basically went not into industrial development, into powerful infrastructure projects, but into new financial frauds and speculations, enriched the financial "elite" and caused the impoverishment of most of the population, including the thinned middle class. This overlaps with a series of trade wars. All this leads to the destruction of the old world. Protectionist Trump gets a chance to save the American empire. New empires and “thrones” will grow on the ruins of the old order. Erdogan is creating Ottoman Empire 2 right now. The era of the new Middle Ages and the game of thrones is coming.

We are in Yandex Zen
Ebola from the United States: the secret laboratories of the CIA and the US military
How does "Vector" counter biological threats?
377 comments
Information
Dear reader, to leave comments on the publication, you must to register.