Turkish drone shot down near Serakib 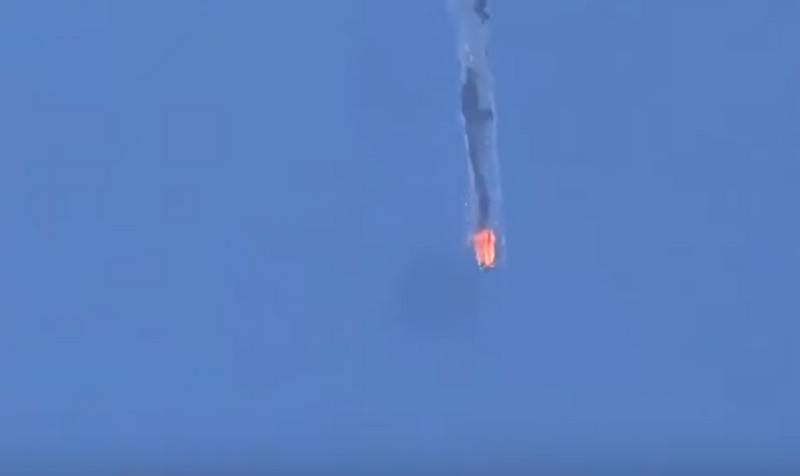 Turkish drone was shot down near the city of Sarakib in Idlib province
- the message says. At the same time, there is no information about the type of UAV and the means that hit it.

The Turkish Ministry of Defense currently does not comment on this information, instead providing a summary of the hostilities in the province of Idlib. According to the report, over the past day during the operation "Spring Shield" Turkish military neutralized 327 military Syrian army.

In turn, a Syrian military source specified the data on the L-39 combat aircraft shot down by the Turks. According to him, the aircraft was hit by an air-to-air missile of the Turkish Air Force, it crashed in the area of ​​the city of Maaret Nuuman in the province of Idlib. There is no data on the fate of the crew yet. However, according to the footage of the videos distributed by the militants, the pilot landed in a territory controlled by terrorists, where he was brutally killed. Link to video here.

At 11.03 local time (12.03 Moscow time), our military aircraft, performing a task in the south of Idlib province against terrorist groups, was hit by a rocket launched by an aircraft of the Turkish regime, which led to its crash in the area northwest of Maaret Nuuman
- said a Syrian military source.
Ctrl Enter

We are in Yandex Zen
The militants were outraged by the decision of the Russian Federation on the introduction of military police in Serakib
Reports from the militia of New Russia for 29 August 2014 of the year
172 comments
Information
Dear reader, to leave comments on the publication, you must to register.