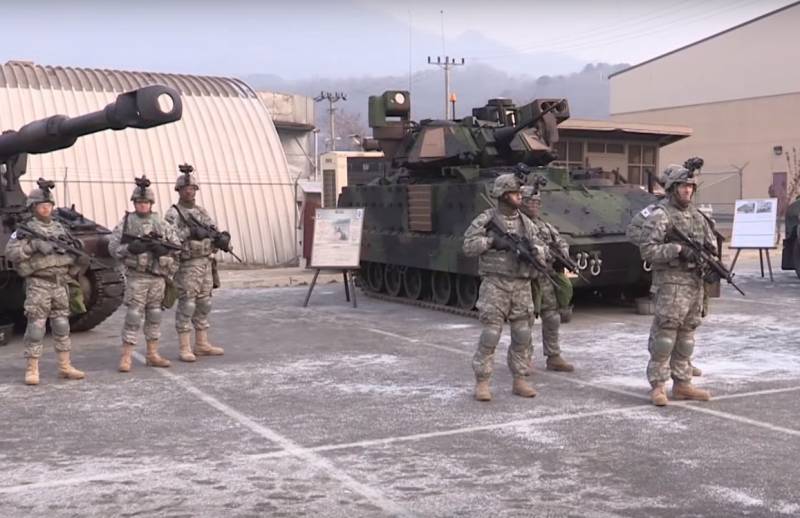 Currently, the United States occupies first place in the world in the number of military bases outside its territory and the number of troops deployed on them. But many US military facilities abroad are quite vulnerable to a potential adversary.

One of the “hottest” regions of the planet where US military bases are located is the Middle East. At one time, the United States actually replaced Great Britain, which until the middle of the twentieth century had played a dominant role in Middle Eastern politics, and acquired military bases in the Persian Gulf region. Saudi Arabia, Bahrain, Qatar, Kuwait, UAE, Oman - all of these countries host US military facilities.

The U.S. Air Force also uses the Incirlik Air Base in Turkey, which despite disagreements remains an important US partner in NATO in the Eastern Mediterranean. In addition, US troops are deployed in Iraq and Afghanistan.

It is the Middle East US bases in the Persian Gulf region and in Afghanistan that are the most vulnerable to attacks from such a potential enemy of Washington as Iran.

The author of FARS News Agency, Abdollah Ebadi, names 8 key US military bases against which Iran can strike. Among them in the first place is the base of the Fifth flotilla US Navy in Bahrain. In the western part of the capital of Bahrain, Manama, there is a pier with American destroyers and boats, next to the sea airfield aviation US Navy, administrative buildings and barracks.

The second target is the Sheikh Isa air base in Bahrain, where the U.S. Air Force planes are located, which are part of the 379th U.S. Air Force Corps, considered one of the most combat-ready in military aviation.

The third vulnerable base is El Udeid in Qatar. Here is the American center for the preparation and planning of air operations in the Middle East, the aircraft of the US Air Force are located. For all its security, the geographic proximity to Iran also makes El Udeid an easy target for Iranian missiles.

The fourth facility, also located near Iran, is the base of Ali As-Salem in Kuwait. The fifth facility is the Ahmad al-Jabir air base in Kuwait. The sixth is the Az-Zafare air base in the United Arab Emirates, and the seventh is the U.S. Navy Tumrit base in Oman, which performs strategic missions to maintain an American military presence in the Indian Ocean. Finally, the Iranian author calls the US military base at Bagram in Afghanistan the eighth object, where transport planes, units and units of the US Army and Marine Corps are deployed.

Of course, in addition to the listed permanent military bases, in the event of a conflict, the American military contingent in Iraq will also be hit by Iranian missiles. Most likely, it is he who will take the first blows. American troops in Iraq even today, almost two decades after the overthrow of Saddam Hussein, cannot feel safe in this country.

In the Asia-Pacific region, US military bases are located in Japan and South Korea. Interestingly, in each of these countries there are bases of all types of US Armed Forces - the army, and the navy, and aviation, and the marine corps. In addition, US warships cruise regularly in the western Pacific.

But bases in both Japan and the Republic of Korea in the event of a large-scale armed conflict in this region of the planet can become a target for missile attacks of three neighboring states, which are in difficult relations with the United States. It is about China, North Korea and Russia. In Japan, the main US military bases are traditionally located on Okinawa - one of the islands of the Ryukyu archipelago, which is much closer to the Chinese coast than the rest of Japan. Some conclusions can also be drawn from this.

Finally, in Eastern and Central Europe, US military bases could be targeted by Russian missiles. First of all, this refers to the new military facilities in Poland and Romania, where the United States is deploying anti-ballistic missiles. American military facilities in Germany and Norway may also be under attack. The constant presence of US and NATO forces in the Baltic republics in the event of a conflict also does not bode well for Riga, Tallinn and Vilnius.

So the presence of numerous military bases and developed military infrastructure abroad is not yet a guarantee of dominance for the United States. Moreover, an extensive network of military bases is more likely to create additional problems for the Pentagon, since the question arises of ensuring the security of bases and personnel, and the solution to this issue lies, first of all, on the political plane.

We are in Yandex Zen
Is the prince in Yemen dead or dying of a heart attack? How the Emirates got involved in the war
"Non-Arab Emirates": migrants in the Gulf countries
5 comments
Information
Dear reader, to leave comments on the publication, you must to register.