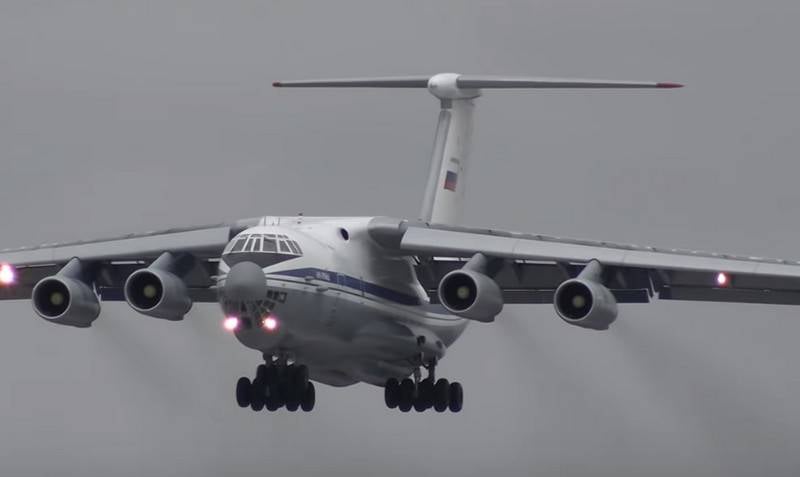 
Reportedly, the Russian military transport Il-76MD took off from the airfield in Mozdok (North Ossetia) and, having traveled through Turkish airspace, landed safely at the Khmeimim airbase. Later that day, the plane returned to Russia. The nature of the cargo is not reported. A day earlier, on Sunday, at the Khmeimim airbase, two Tu-154B-2 aircraft of the Russian Aerospace Forces landed at once, which also flew through Turkish airspace.

The passage of the Black Sea Straits is confirmed by the large landing ship (BDK) Novocherkassk, which proceeded to Tartus. This was the fourth ship of the Russian Navy, which passed the straits after the escalation of the conflict in the Syrian province of Idlib. In front of him, two frigates Admiral Grigorovich and Admiral Makarov, as well as the BDK Orsk, passed to Syria.

Recall that earlier Lebanese information resources reported that several military transport aircraft Il-76 of the Russian Aerospace Forces landed at the Khmeimim airbase in the Syrian province of Latakia. At the same time, it was said about seven Il-76MD aircraft and two Tu-154B-2.
Ctrl Enter

We are in Yandex Zen
Landing ships of the Russian Navy will go to Syrian Tartus
December 2010 years. Russian March. Senseless and merciless? Notes not a Russian person
46 comments
Information
Dear reader, to leave comments on the publication, you must to register.