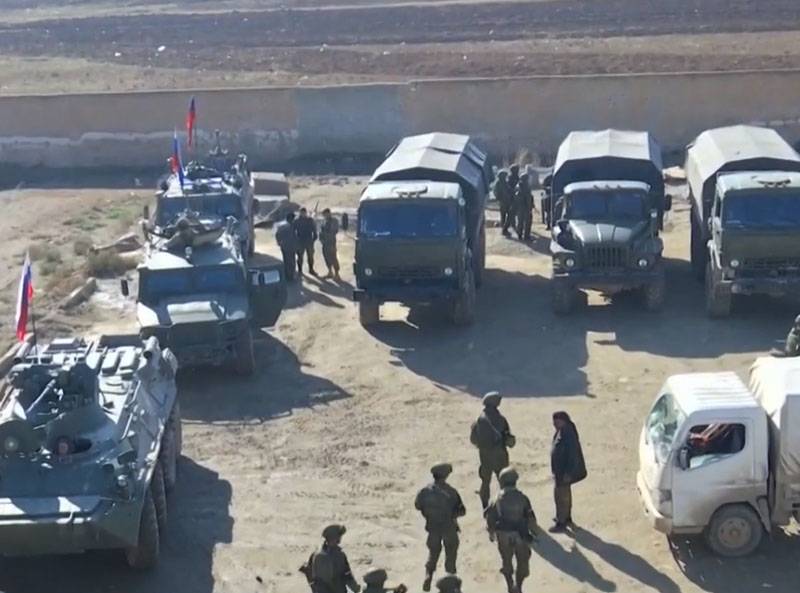 The accounts of social networks controlled by the militants express indignation at the decision of Russia related to the city of Serakib in the province of Idlib. The solution is to send a contingent of Russian military police to this city, located at the intersection of the most important roads for Syria - M4 and M5.


The Russian center for the reconciliation of the warring parties announced a decision the night before. The report noted that the military police of the Russian Federation was introduced to Serakib to ensure the safety and unhindered movement of vehicles and civilians along the above roads.

Against this background, several villages to the west of Serakib passed under the control of the SAA. In particular, we are talking about Jobas, Tarnb and Al-Sheikh Hayal. Also, the SAA freed Wadi Shabur from the terrorists, located west of the M5 road.

The militants, outraged by the entry of the Russian military police into Serakib, say that "the Russians do this on purpose — to protect the regime’s forces from a counteroffensive." At the same time, terrorists continue to threaten the Syrian government forces and their allies, who have taken control of Seracib.

Meanwhile, Turkish drones appear above the city. One of them attacked the CAA deployment site in the northern part of Serakib a few hours ago.

The Turkish Ministry of Defense reported that over the past day, one Turkish soldier in the SAR died, another was injured.
Ctrl Enter

We are in Yandex Zen
Reports from the militia of New Russia for 27-28 September 2014 of the year
December 2010 years. Russian March. Senseless and merciless? Notes not a Russian person
117 comments
Information
Dear reader, to leave comments on the publication, you must to register.