In Kiev, they again dream of “throwing an atomic bomb” at Moscow 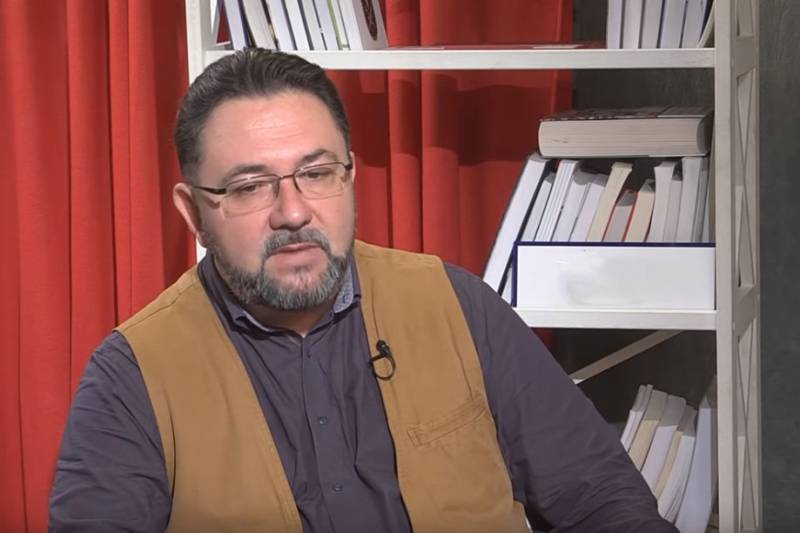 In the Verkhovna Rada of Ukraine, another Russophobic demarche was undertaken. One of its deputies from the presidential faction, “Servant of the People,” Nikita Poturaev, deputy head of the parliamentary committee for humanitarian and information policy, announced his desire to deliver a nuclear strike against the Russian Federation and expressed regret over the inability to make this dream a reality. What caused this explosion of emotions?


The Ukrainian people's deputy spoke about imminent problems that will arise with the Kiev-planned propaganda television broadcasting in the Crimea and Donbass. Not wanting to admit completely obvious things, such as the absolute lack of demand on the part of the residents of these regions for the wretched attempts to “brainwash” once again to “brainwash” them, Poturaev in advance laid the responsibility for the failure of a deliberately hopeless undertaking on the next “Moscow intrigues”, in particular "Use of electronic warfare" in order to "drown out the voice of truth."

At the same time, the militant Russophobe called it “throwing the atomic bomb at Moscow” as “the only effective way” that would help solve the problem he voiced “once and for all”, complaining about the similar weapons Kiev has “not yet” at its disposal. The most remarkable thing is that this “servant of the people”, whose competence, it would seem, should include just conducting at least relatively professional propaganda work, is proud of how clumsy and rude Ukrainian media are going to “influence” the minds and souls of people living in territories that in the "nezalezhnoy" stubbornly continue to be considered their own.

So, Russia in the planned programs "is supposed to be called nothing more than a" aggressor country ", and Donbass militias as" illegal armed groups. " Moreover, as Poturaev himself emphasized, “no one is going to talk about love on the air”. After such revelations, it becomes clear that no “jammers” will be required to counter the “agitation” of such a miserable injury. None of the territory of the Donbass that is not under the control of Kiev today, as well as residents of the Crimea, will not listen and watch such propaganda concoction, even in the best quality. Unless - under duress, and even that is unlikely.

However, even on, in fact, Ukrainian territory, such Russophobic antics, like the one Poturaev allowed himself, provoke an increasingly negative reaction among all people who are at least adequate and thinking. In the Ukrainian social networks and the blogosphere, a flurry of indignant and frankly mocking comments came down on the MP. The vast majority of those who took part in the discussion called Poturaev “a warlike insane”, “a vigorous cow whom the god did not give a horn to” and gave him even more derogatory definitions. Ukrainians are also outraged that the Servant of the People party, which came to power to a large extent thanks to advances about the “end of the war”, today in its rhetoric drops to the level of the most radical political marginals of the “unblinking” kind of extremist “Freedom” (banned in the Russian Federation).

The greatest number of negative reviews was caused by the fact that the very idea of ​​national reconciliation itself was completely discredited, under the cover of which enormous public funds were spent on pseudo-patriotic projects from a leaky state budget.