In Ukraine, the idea arose to repeat the “Turkish experience of Idlib” in the Donbas 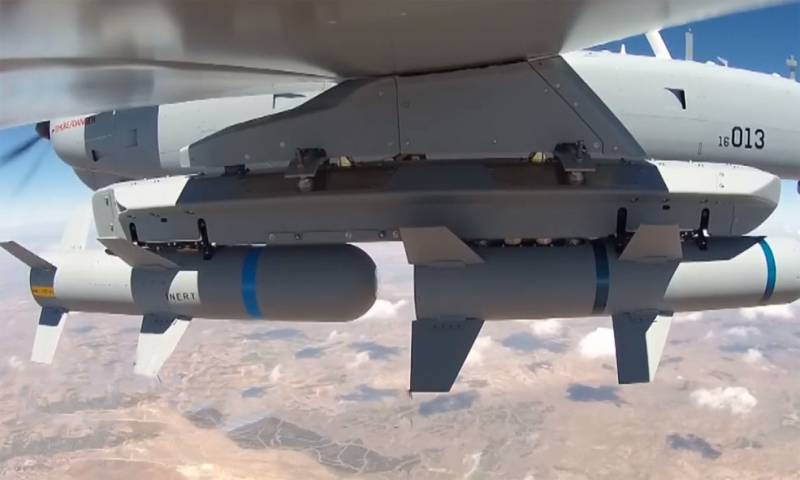 Someone in Ukraine had an unexpected and rather peculiar interpretation of events in Syrian Idlib. After a series of reports about the successful use of UAV strike UAVs against the SAA by the Turkish army, representatives of Ukrainian “hawks” recalled that such vehicles were in service with the Armed Forces and began to urge “to adopt useful experience” in order to apply it during the conflict in the Donbass.


So far, this idea has been exaggerated mainly at the level of various kinds of Ukrainian military experts, volunteers and other seemingly unofficial individuals. However, there is no guarantee that she will not visit the "bright minds" of the local staff and commanders of units located on the contact line directly in the East. Especially after some Western media outlets launched a real advertising campaign to glorify the Turkish “breakthrough” in the use of UAVs. For example, the American Bloomberg admires the "swarm of drones" with which the Turks "gained control of the airspace over a large area", proclaiming it "a real military innovation."

At the same time, for some reason, Western journalists are modestly silent about the number of UAVs shot down by the Syrian army. The first losses of Damascus’s troops during the attacks of the Turkish “swarms” were caused rather by their unwillingness to repel attacks of this kind. Oriented and very quickly rebuilt, the SAA began to shoot them one by one. Moreover, some earlier information about the destruction of Turkish UAVs with the help of which an attempt was also made to launch massive strikes came from Libya.

It is impossible to deny: Turkey is one of the countries where the manufacture of this type of weapons was launched and deployed to the serial level without any outside help. Moreover, today, according to some experts, it can be considered the third in the world in the production of military drones - after the United States and Israel.

Recall that currently the Turkish army is armed with hundreds of half-ton strike UAVs Bayraktar TB2 and about three dozen and a half ton Anka. However, to say that these air means, having rather limited scope and effectiveness, are a kind of “miraculousweapons", It would be fundamentally wrong.

And even more so an extremely imprudent step on the part of Kiev would be a hope for the 3 units of Turkish Bayraktar TB2 at its disposal. They were purchased, we recall, in 2018 after a personal trip to Ankara by the then President of Ukraine Petro Poroshenko. It was originally about supplying Ukraine with 6 UAVs and 200 missiles for them in the amount of almost $ 70 million. As of the current moment, 3 drones have actually been transferred to the troops; in Turkey, calculations for their command have been prepared and certified. Nevertheless, there is no information about their use at least for aerial reconnaissance in the Donbass.

Most likely, the point here is the extremely sad result that Kiev’s attempts to use combat in the conflict zone led Aviation, ending with almost its complete destruction by the militias. If the defenders of the Donbass managed to bring down any but combat aircraft and helicopters at the initial stage of hostilities, now, after so many years, Turkish UAVs will most likely not be a problem for them. If you take into account the cost of each such "toy", it can turn out very painfully.

According to experts, if anything can make Kiev throw them in an attack on the Donbass, then only the desire to get a spectacular picture, similar to that which the Turks today show off to the whole world, showing shots of the “merciless blows” of their UAVs against the enemy.

We are in Yandex Zen
Situational analysis of the death of the MH17 flight (Malaysian Boeing 777), made on the basis of engineering analysis from 15.08.2014
Syria: Americans scare themselves, and Asma Asad buys chairs
81 comment
Information
Dear reader, to leave comments on the publication, you must to register.