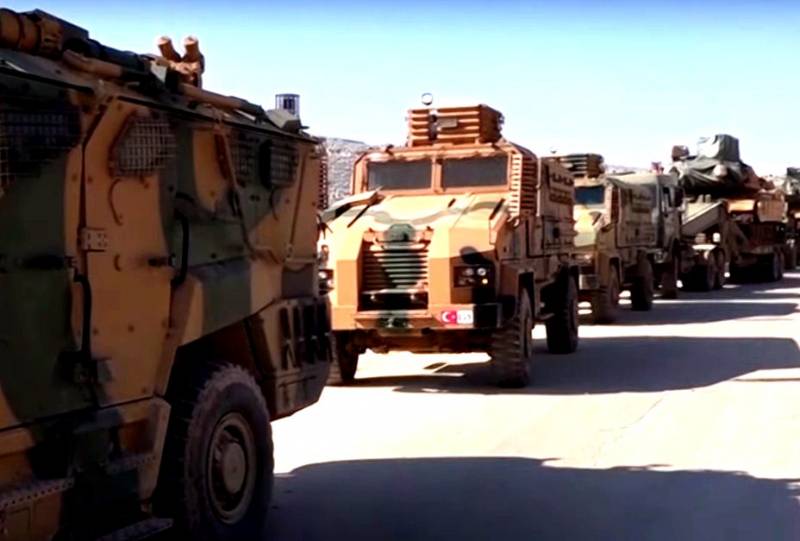 Relations between Russia and Turkey in the light of the conflict in Idlib and the upcoming meeting between Putin and Erdogan remain one of the main topics for discussion for the Turkish media.


The meeting of the heads of the two states should be held in Moscow on March 5. On the eve of the upcoming negotiations, the Turkish media publish a large number of materials about the events in Syria and directly in Idlib, searching for those responsible for this conflict. Moreover, the pro-government media in Turkey, of course, accuse Russia of destabilizing the situation in Idlib, but they do it very carefully, with an eye on the position of the official Turkish authorities. And this position, as you know, consists in laying all the blame for the death of Turkish troops on the Syrian side. Thus, Firdous Bulut quotes Recep Erdogan, who said that Turkey has no special problems with Russia and Iran in Idlib.

At the same time, many Turkish authors resort to very harsh rhetoric regarding the events taking place in Syria. Thus, the journalist Hassan Basri Yalin writes in Sabah that Idlib is the sphere of direct interests of Turkey, and if the enemies of the Turkish state are going to wage a war of attrition there, then Ankara is ready, and it will be possible to see who will win this war in the end.

Yalyn also notes that Turkey could not be erased from the world map 100 years ago, and now the Turkish state is not what it was after the collapse of the Ottoman Empire, and will be able to protect its interests. Another author, Kerem Alkin, believes that Turkey’s policy in the Middle East and North Africa is aimed at ensuring “global stability”.

Daily Sabah author Hakki Ojal is more harsh in his article, which, however, came out a little earlier, but it clearly conveys the position of the semi-official Turkish press. Ojal compares Bashar al-Assad with an insect that is becoming more aggressive towards the end of his life, and recalls that Vladimir Putin himself signed an agreement on the presence of the Turkish military on Syrian territory. Ocal also emphasizes that the regime in Syria should not be single-religious.

Obviously, the journalist has in mind the dominance of the Alawite elite, to which Bashar Assad himself belongs, over the Arab-Sunni majority of the Syrian population.

At the end of the article, Ocal concludes:

All interested parties should know the Turkish version of the proverb: "When death comes to the fox, it goes to the lion."
And the lion, obviously, in the understanding of the Turkish journalist, is Turkey.

It is noteworthy that, against the backdrop of warlike rhetoric about the events in Syria, the Daily Sabah article published “Crimea: история peninsula twice stolen. " Turkish media and politicians like to remember about Crimea when it is necessary to hurt Russia.

But do not assume that the entire Turkish community is delighted with the actions of Erdogan in Idlib. So, the author of Evrensel, Yusuf Karatash, criticizes Erdogan, who, in his opinion, allows himself to be manipulated by both Russia and the USA.

Yesterday, “friend Putin”, in order to set Turkey against the United States, allowed operations in Syria, sold the S-400 air defense system to Turkey, and today “friend Trump” and NATO, whom Turkey calls for help, in order to restrain its rival, which has gained strength in region (in the Middle East), they plan to transfer the Patriot to Turkey and pit it even more with Syria and Russia in Idlib,
- notes Karatash.

Guven Oztan criticizes Turkish authorities for the death of Turkish troops in Idlib. The authorities, in his opinion, are not doing anything in order to reduce losses in Syria and generally prevent bloodshed.

Today, another Turkish soldier died during an operation in Syria.

As you can see, in their assessments of the situation in the SAR and the relations between Russia and Turkey, the Turkish media are rather contradictory. It all depends on the political orientation of a particular publication, especially since Turkey has enough political forces opposed to Recep Erdogan. The policy of the Turkish president is not to the liking of orthodox Kemalists, and left-wing and left-democratic forces representing the interests of national minorities.

We are in Yandex Zen
The attack on the Russian aircraft and the political situation in Turkey
Situational analysis of the death of the MH17 flight (Malaysian Boeing 777), made on the basis of engineering analysis from 15.08.2014
17 comments
Information
Dear reader, to leave comments on the publication, you must to register.