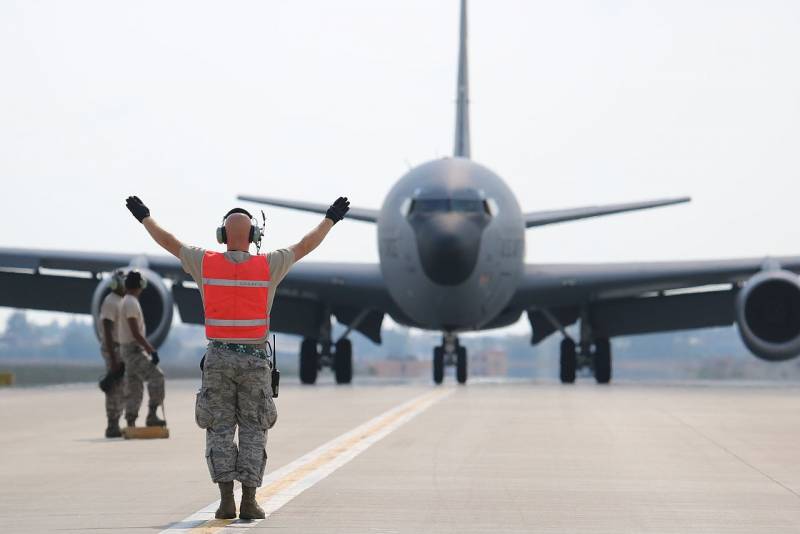 Preparing for departure from the Inzhirlik base, 2019

Another round of tension in the Middle East is taking place with the active participation of the Turkish air forces. This type of troops provides reconnaissance, striking at ground targets and performing some other tasks. Consider the structure, strength and potential of the Turkish Air Force.

According to open data, currently serves in the Turkish Air Force approx. 50 thousand people, including civilian personnel. It operates 15 airbases evenly distributed throughout the country. All this allows you to attract any part in the work in the entire airspace of Turkey and in the surrounding regions. In particular, the opportunity was provided for active work in the northern parts of Syria.

The Air Force has several commands responsible for different areas of activity. Under the command of the military command, there are almost three dozen squadrons of various purposes, including somewhat temporarily inactive. Combat command is responsible for tactical Aviation, UAV and air defense. The training command manages the work of 6 squadrons and several schools that train personnel. Managed by the transport command - approx. 10 parts and organizations. 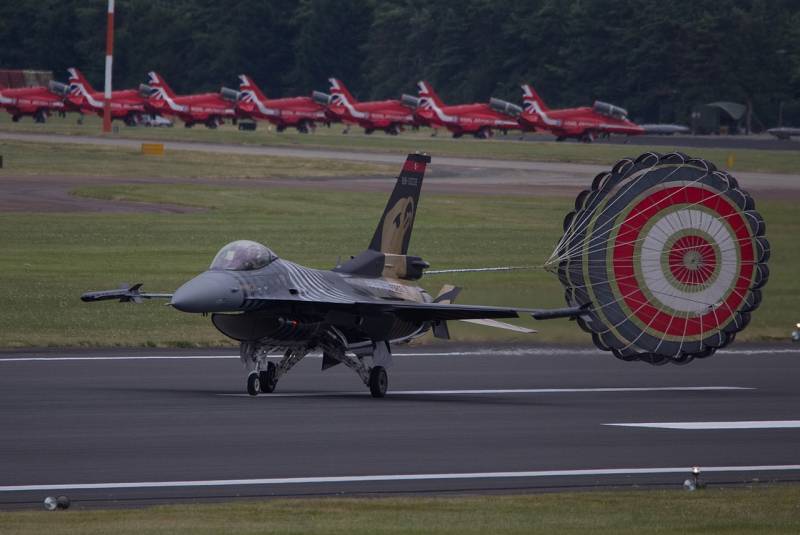 The basis of tactical aviation of the Turkish Air Force are F-16C / D fighter-bombers of several modifications. In total, there are more than 240 such aircraft, but only 158 are assigned to combat units. The rest are operated by training squadrons. The second type of combat aircraft is F-4E in an amount of up to 48 units. There are no other fighters in Turkey. In the future, it was planned to purchase a significant number of modern F-35s, but these deliveries were disrupted for political reasons.

Combat aviation should be supported by 4 Boeint 737 AEW & C AWACS aircraft, 7 Boeing KC-135R tankers and 1 Transall C-160 with electronic warfare equipment. The reconnaissance tasks over land and sea are solved by 2 patrol CASA CN-235. There is an order for 4 Bombardier Global 6000 aircraft in reconnaissance configuration. 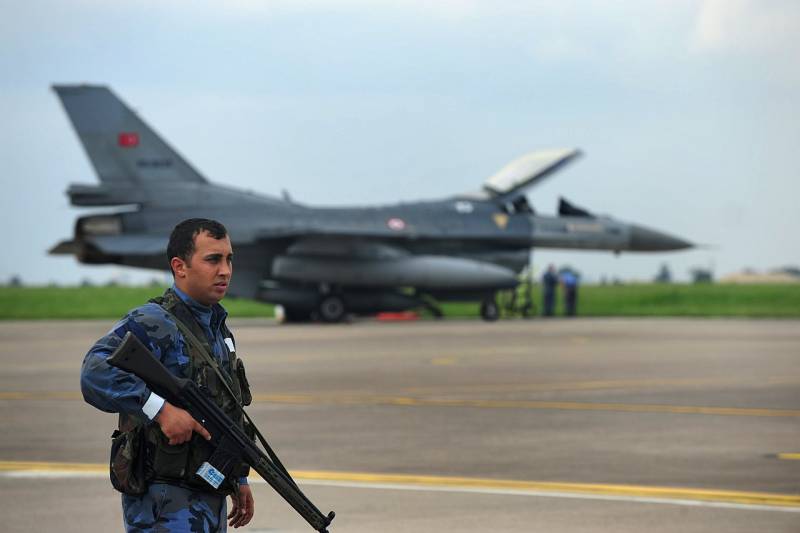 F-16 during joint NATO exercises
The Turkish Air Force has a well-developed military transport aircraft. It is based on CN-235 aircraft in an amount of 41 units. There are also 16 Lockheed C-130B / E aircraft. The supply of Airbus A400M transporters continues. Of the 10 aircraft ordered, the customer has already received 9. The helicopter fleet of transport aircraft is represented by Bell UH-1H (57 units) and Eurocopter AS332 (21 units). In the near future, the delivery of 6 Sikorsky T-70 helicopters manufactured under an American license is expected.

In parts of the training command there are many different types of equipment. The most popular samples are F-16C / D fighters in the amount of 87 units. 68 Northrop T-38 Talon aircraft and 23 units remain in operation. Canadair NF-5A / B. An important role in training is played by KAI KT-1 and SIAI-Marchetti SF.260 aircraft - 40 and 35 units. respectively. Planned updating of the fleet of training machines. For this, orders were placed for TAI Hürkuş aircraft of our own design and for Pakistani PAC MFI-17 Mushshak. TAI has already handed over to the customer the first machine of its assembly.

Turkish Air Force is actively developing the direction of unmanned aerial vehicles. In service there are reconnaissance UAVs and vehicles with strike capabilities. The bulk of this fleet are reconnaissance vehicles. These are Bayraktar Mini (up to 140 units), Vestel Karayel and Malazgirt (less than 10 units each) of Turkish manufacture, as well as Israeli IAI Heron (up to 10 units). 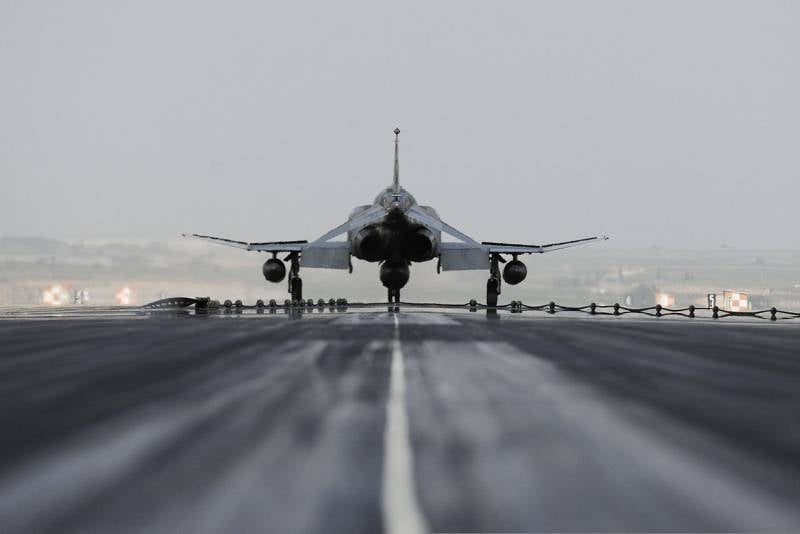 F-4E fighters remain in service
The UAV drum fleet includes about a hundred Bayraktar TB2 products and no more than 15-16 TAI ANKA devices. Deliveries of such equipment continue. Such drones are actively used by the air forces in the sky above hot spots, which leads to losses. The last such incident took place just the other day.

The Air Force has at its disposal various air defense systems. The most massive air defense system in the Turkish air force is the British Rapier 2000 - 515 launchers of 86 batteries. Remain in the service are quite old MIM-23 Hawk XXI - 16 batteries. The Russian S-400 systems in the form of 4 batteries were delivered. Hundreds of anti-aircraft artillery systems are still in service, including modernized using modern components.

Since 2012, the Air Force has been operating the Göktürk-2 spacecraft. This product is intended for optical reconnaissance in several ranges. In 2016, the satellite “constellation” was replenished with the second unit - the Göktürk-1 device. It solves the same problems as its predecessor, but differs in higher characteristics. 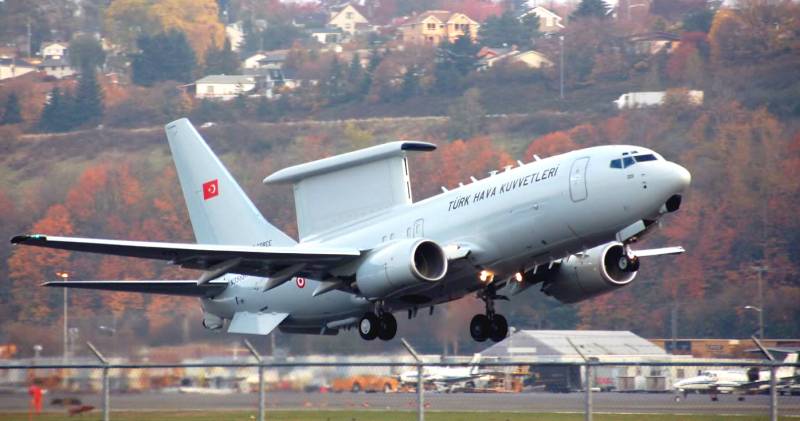 The Turkish command plans to develop the Air Force, but this process may face serious problems. So, one of the combat aviation development programs has actually stopped, and the continuation of others remains in question.

Great expectations were placed on the purchase of American F-35 fighters. There was an order for 30 cars; the general plans included the purchase of 120. Several squadrons, currently inactive due to the lack of suitable aircraft, were supposed to be transferred to new equipment. However, the United States refused to supply its aircraft due to disputes surrounding another international contract.

An attempt is being made to create their own 5th generation fighter. TAI is responsible for the TF-X project, which does not yet have the necessary experience. Now the project is in its early stages, but the first flight of the prototype is promised to be carried out in 2023-25. By the beginning of the thirties ready serial production should enter the troops. 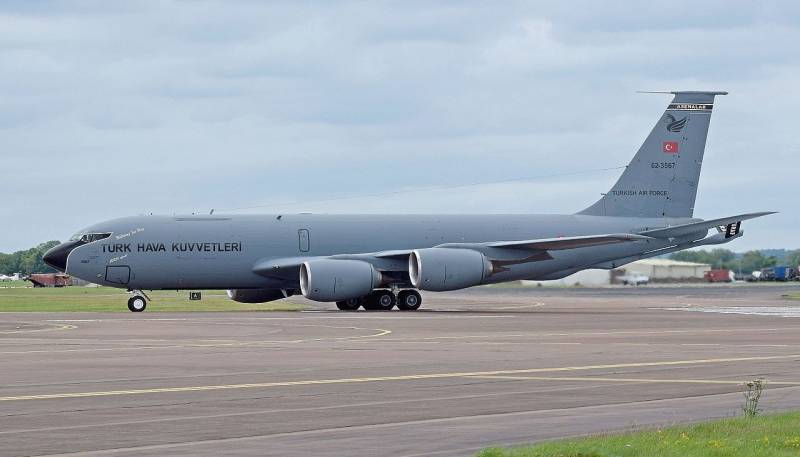 KC-135R Refueling Machine
For several years, the development of the promising Göktürk-3 radar reconnaissance satellite has been underway. The launch of this device has been repeatedly delayed and has not yet been implemented. Its commissioning should significantly increase the potential of the existing few space groups.

At the moment, the Turkish air forces have a specific look, as a result of which there are both advantages and disadvantages. In the current state, they are able to solve assigned tasks and carry out combat work of one kind or another, but in this context, there are significant limitations.

Against the background of other countries of the region, Turkish military aviation looks numerous and developed. There are good quantitatively (approx. 300 units) tactical aircraft and various auxiliary units. At the same time, the Air Force is armed mainly with old equipment, which, despite all the modernization, is noticeably inferior to full-fledged modern models. Attempts are being made to obtain new technology, but they are difficult. In particular, the purchase of promising F-35 aircraft is impossible due to disagreements with the United States. 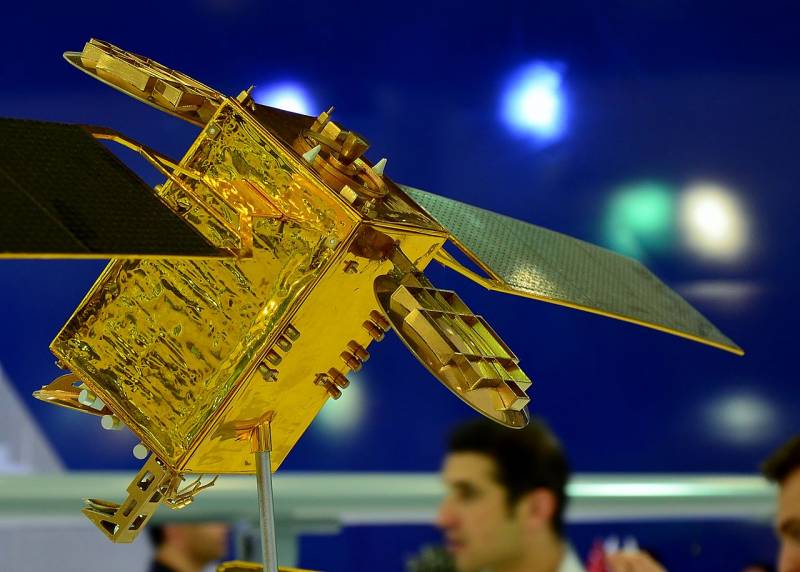 Göktürk-2 reconnaissance satellite model
A different situation is observed in the field of auxiliary aviation. There are several contracts for the supply of new equipment of various kinds. However, according to the results of this, the proportion of old samples remains very high. To change the ratio of old and new technology will require some time and considerable funding.

The state of affairs in the field of UAVs has led to moderate optimism. The devices of several models of the main classes are produced and operated, which allows to some extent compensate for the backlog in manned aircraft. However, the active operation of the UAV in the combat zone leads to losses.

As the events of recent years show, the Turkish Air Force is quite capable of performing combat missions of various kinds in various conditions. However, the advantages over surrounding countries are not decisive. Combat work is regularly accompanied by losses and does not always end with the successful completion of a mission. However, the military and political leadership of Turkey considers such costs acceptable and justified in achieving their goals. How true is this approach - time should show.

We are in Yandex Zen
American airbase. Deadly capture
Turkey vs Syria: the balance of power
53 comments
Information
Dear reader, to leave comments on the publication, you must to register.