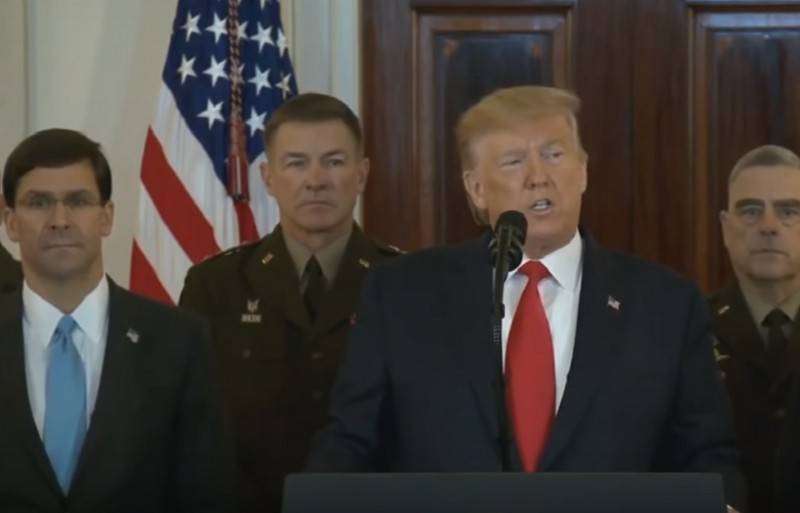 The United States and Turkey discussed the issue of temporary deployment of Patriot American anti-aircraft missile systems on the Turkish southern border with Syria. This was stated by US President Donald Trump.


Answering journalists' question whether Trump spoke with Erdogan on the deployment of American anti-aircraft systems on the border with Syria, the American president assured that he discussed many issues with his Turkish counterpart, including the deployment of air defense systems.

We talk a lot with President Erdogan. And we are discussing just what you were talking about
- added Trump, while not explaining what decision he ultimately made.

Earlier it was reported that the US State Department advocated the temporary deployment of two Patriot air defense batteries on the southern border of Turkey in order to create a no-fly zone for the Russian and Syrian aviation over Idlib. The Pentagon opposed this decision. The US military considers this venture "bad," while stating that it does not "want to set a bad precedent," which will still not change anything "in the calculations of the Russians." At the same time, both the State Department and the Pentagon say that there is no talk of selling Turkey Patriot air defense systems, the whole talk is about the temporary deployment of the complexes.

Recall that the Turkish Minister of Defense Hulusi Akar sent a request to Washington to temporarily place the Patriot anti-aircraft systems on the southern border of the country with the Syrian province of Idlib in order to close the airspace over the Idlib province for Russian and Syrian aircraft. The Pentagon said that they received the request and "in the know."

The day before, a representative of the US State Department said that Washington would assist Ankara in Syria, but it would not be associated with participation in hostilities.
Ctrl Enter

We are in Yandex Zen
Interview of Vladimir Putin with Radio Europe-1 and TF1
The big press conference of Vladimir Putin
43 comments
Information
Dear reader, to leave comments on the publication, you must to register.