Turkish drones in Idlib: how they are shot down by Syrian air defense 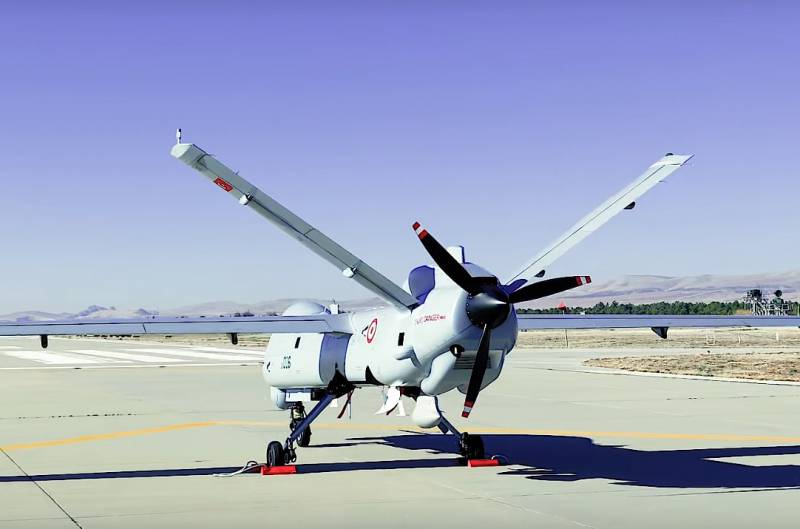 Turkey is actively using drones in the fighting in Idlib. But the Syrian troops no less successfully bring them down. Experts speculate which weapon Syrians use UAV against Turkish army.


On February 29, two Turkish unmanned aerial vehicles were shot down immediately by Syrian forces in Idlib province. The first drone fell in the area of ​​Kafr Uweid, the second - at the village of Kansafra. The type of downed drones is not specified.

Today, the SAA managed to bring down one of Turkey's drones. 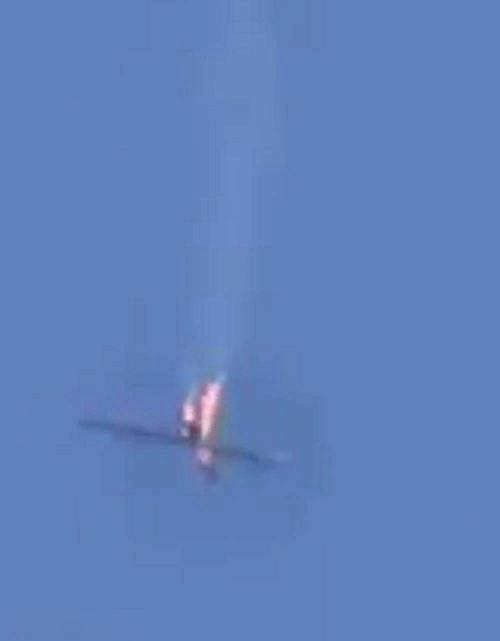 A few days earlier, on February 25, the Syrians managed to knock out one of the newest and most expensive Turkish drones. The TAI Anka-S unmanned aerial vehicle, owned by the Turkish Air Force, was shot down in the sky over Idlib province. With the help of a drone, the Turks planned to strike at the positions of the Syrian Arab army in the area of ​​Maarzaf. But they miscalculated - the Syrians shot down an unmanned aerial vehicle.

Footage from the crash site showed on Syrian television. During the military presence on Syrian territory, a large number of tanks, Armored personnel carriers and infantry fighting vehicles of the Turkish army. So why is the death of the drone so interested in experts?

To begin with, TAI Anka-S unmanned aerial vehicles are among the latest UAVs in the Turkish armed forces. They entered service only in 2018, and Turkish Aerospace Industries (TAI) produces them. A drone is made of composite materials, capable of speeds up to 200 km / h. 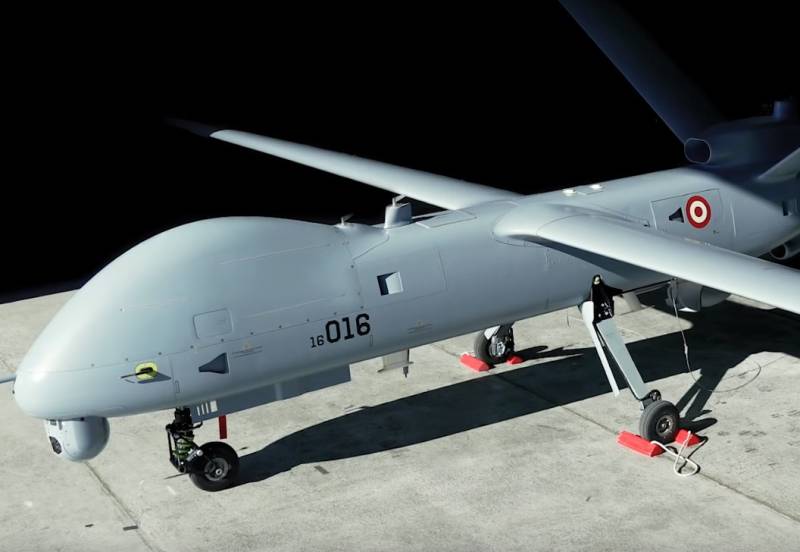 In total, Turkey has about 10 such unmanned aerial vehicles that are used for both assault and reconnaissance purposes: the UAV, depending on the circumstances, can be equipped with both surveillance tools and small-sized bombs. In Syria, in addition to Anka-S, Turkey is widely used for conducting air attacks and another unmanned aerial vehicle - Bayraktar TB2.

If you carefully look at the footage distributed by Syrian television, it seems that the Turkish Air Force drones were hit by a missile that hit its tail. On what remains of the plumage, there are traces of soot and small fragments, while the remaining parts of the fallen UAV are damaged only by hitting the ground. 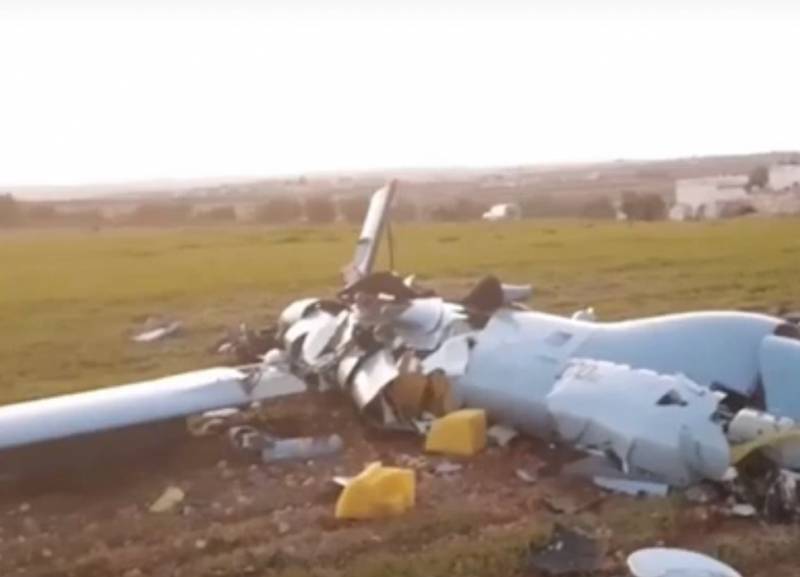 Military expert Yuri Lyamin believes that the Turkish drone could be shot down from the Strela-10 portable complex or self-propelled gun. Perhaps the UAV for some reason decreased, and then ended up in the reach of such weapons.

This point of view looks quite justified, given that the Syrian Arab army is armed with the Strela-10 air defense system, which is actively used by troops loyal to Bashar Assad in military operations. Anti-aircraft missile systems are placed on a tracked platform. SAM has eight missiles that can hit a target at an altitude of 25 meters to 3,5 kilometers. 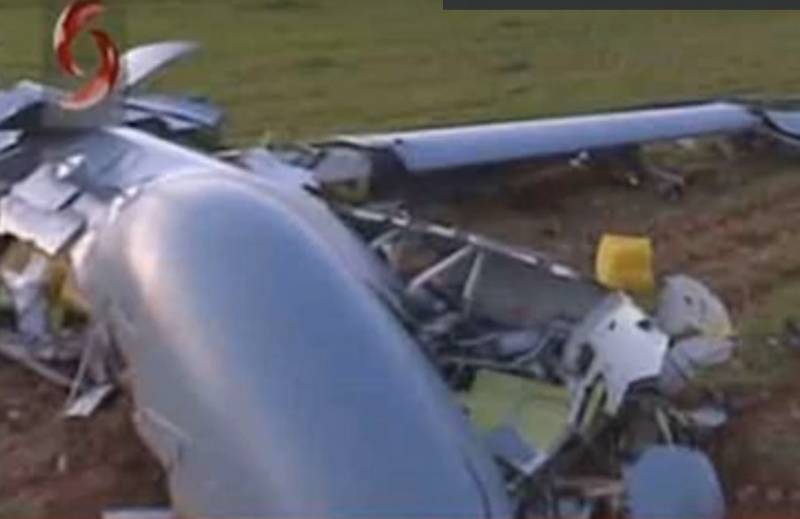 For Turkey, by the way, a new and rather expensive unmanned aerial vehicle is not a “consumable”: if the Air Force actually had only 10 such devices, now there are already 9 of them, and new deliveries are not yet known when they will begin. By the way, in Libya, Turkish small unmanned aerial vehicles are also easily shot down by the forces of Khalifa Haftar, which indicates a high degree of vulnerability of UAVs to any army that has more or less modern air defense equipment.

Nevertheless, Turkey continues to actively use drones in attacks on the positions of both Bashar al-Assad’s troops in Syria and the army of Khalifa Haftar in Libya. So, on February 29, in the area of ​​the Syrian city of Sarakib, with the help of unmanned aerial vehicles, the Turks attacked the Syrian Arab army.

Turkish analyst Yray Görgyül claims that the Anka-S UAV even managed to neutralize the Russian-made Shell and Buk air defense systems that cover the positions of the Syrian forces. This is written by the Polish author Mateusz Zielonka. True, the network discusses some oddities of the video - in particular, the type of air defense missile system "Shell", not used by the Syrian troops.

The emphasis on drones is because Russia and Syria do not open airspace for the Turkish military aviation, respectively, in Ankara, they are afraid of human casualties and loss of equipment in the event of attacks by Syrian air defense systems against Turkish air forces if they end up in the country's airspace. Today, Damascus completely covered the airspace over Idlib amid statements by militants about the downed Su-24. The Russian Ministry of Defense called these statements of the jihadists fake.

We are in Yandex Zen
Turkey vs Russia: what is happening in Idlib?
Situational analysis of the death of the MH17 flight (Malaysian Boeing 777), made on the basis of engineering analysis from 15.08.2014
125 comments
Information
Dear reader, to leave comments on the publication, you must to register.