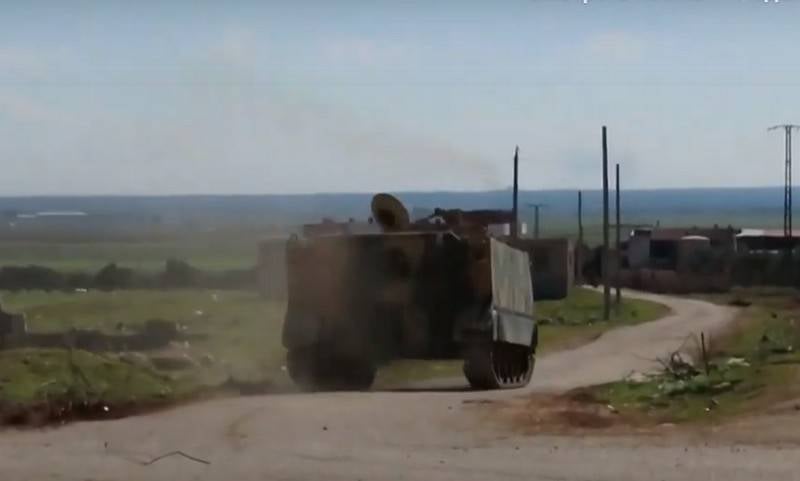 Government Syrian forces on the third day reflect the attacks of militants in the area of ​​the city of Serakib. The situation is aggravated by support for attacks by Turkish artillery and drones. It is reported by RIA News with reference to a military source.


According to the source, Turkish strike drones provide fire support to the attacking forces of the Hayat Tahrir Al-Sham terrorist group and other gangs, which are banned in Russia. The actions of Turkish troops make it difficult to repel attacks, but despite this, government forces manage to maintain their positions and even attempt to release the Damascus-Aleppo highway.

On Saturday night, attack drone attacked the advanced positions of the army and equipment in the area of ​​the city of Sarakib in Idlib
- said the source.

Meanwhile, Western Web users and readers of foreign media are increasingly perplexed and wonder why Turkey can "host" in the territory of a foreign state, directly calling Erdogan "crazy."

Erdogan flew off the coils. Invades another country (which, of course, is illegal). It supplies anti-aircraft guns to al-Qaeda (even the Americans do not allow this to themselves). Helps terrorists troops. Shells Russian planes. And when the country he attacked returns fire, whimpers. Seriously, it's time for him to leave. I hope NATO has enough brains to reason it
Ctrl Enter

We are in Yandex Zen
Reinforcements: SAA deployed additional Msta-B tanks and howitzers to Serakib
Reports from the militia of New Russia for 29 August 2014 of the year
283 comments
Information
Dear reader, to leave comments on the publication, you must to register.