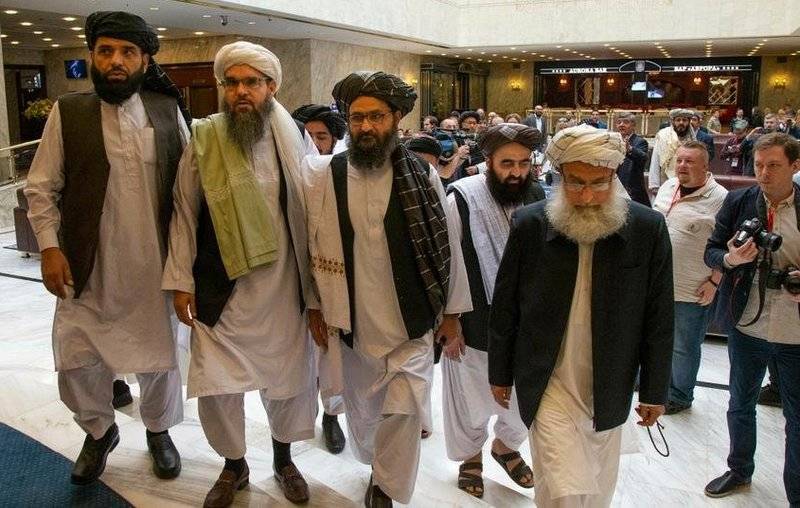 The United States and the Afghan Taliban (banned in Russia) have signed a peace agreement. The signing took place in the capital of Qatar, Doha, it was attended by representatives of about 30 countries.


US Special Representative for Afghanistan Zalmay Khalilzad and Taliban deputy leader, head of the Qatari political office of the movement, Mullah Abdullah Gani Baradar, signed a peace agreement in the presence of witnesses. After signing the document, Khalilzad and Baradar shook hands.

The signing was attended by representatives of 30 countries, NATO Secretary General Jens Stoltenberg, from Russia - the Special Representative of the President of the Russian Federation for Afghanistan, Director of the Second Department of Asia of the Ministry of Foreign Affairs Zamir Kabulov, and from the USA - Secretary of State Mike Pompeo.

The US, its allies, and the Coalition will complete the withdrawal of remaining forces from Afghanistan within 14 months after the announcement of this joint declaration and the conclusion of an agreement between the US and the Taliban
- the text of the declaration says.

In addition, it is specified that within 135 days after the signing of the agreement, the United States will withdraw its forces from the remaining bases and reduce the number of troops in Afghanistan to 8600 people. In turn, the Taliban should break all ties with al-Qaeda and hold inter-Afghan negotiations with a view to establishing peace in the country.

NATO Secretary General Jens Stoltenberg welcomed the signing of an agreement between the US and the Taliban and assured that the alliance will review plans for Afghanistan and reduce its mission in the country.

We are in Yandex Zen
One of the main Taliban again released from prison in Pakistan
US expert community is trying to identify ways out of the Afghan impasse
80 comments
Information
Dear reader, to leave comments on the publication, you must to register.