Ukrainian authorities refuse to celebrate Victory Day on May 9 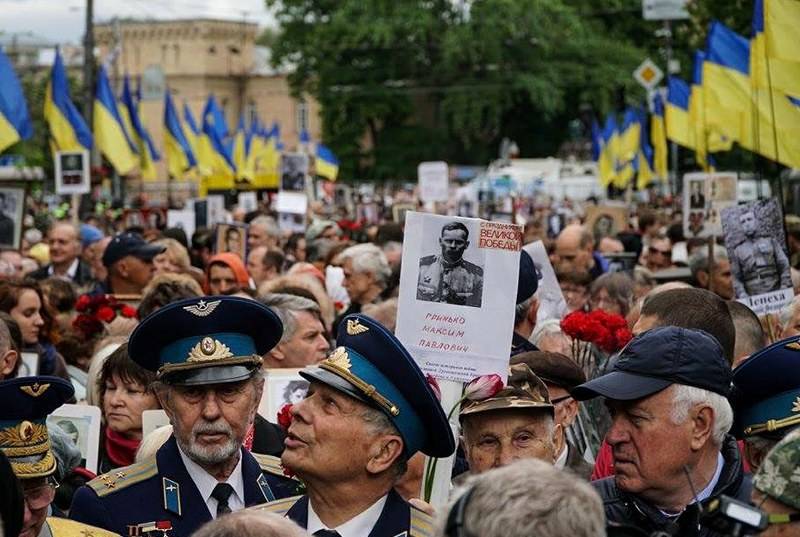 Ukraine will not celebrate Victory Day on May 9, the country has another holiday - Day of Remembrance and Reconciliation, which is celebrated on May 8. This was stated in an interview with Ukraine 24 TV channel by the Minister of Foreign Affairs of the country Vadim Priestayko.

Our position now remains as it is: no, we are not going to celebrate May 9th. We, like the entire European continent, in 75 years are ready to understand why this tragedy occurred, and we are ready to forgive each other. We believe that celebration should go in that direction.
- he said.

Recall that in Ukraine Victory Day May 9 is not celebrated since 2015, when the corresponding law was adopted. From the same year, a new holiday was introduced according to the Western European model - the Day of Remembrance and Reconciliation, during which all official events are held.

Last year, then-President Poroshenko, speaking on May 8 at the First Minute of Peace rally dedicated to the Day of Victory over Nazism, said that Ukraine had developed its own script and ritual for celebrating Victory Day in World War II over the past five years, coming close to pan-European tradition. According to him, the Ukrainians distanced themselves from the “Kremlin triumph”, which appropriated the common victory of the anti-Hitler coalition over Nazism. The procession of the immeasurable regiment Poroshenko called "the march of the mummers."

According to the Ukrainian authorities, several generations of Ukrainians were brought up on a “carefully retouched version of the Great Patriotic War,” but recent events in the country “revealed the truth to the people” that the Soviet authorities were hiding.

We are in Yandex Zen
Reports from the militia of New Russia for 27-28 September 2014 of the year
Yuri Drozdov: Russia prepared the role of the sacrificial calf
178 comments
Information
Dear reader, to leave comments on the publication, you must to register.