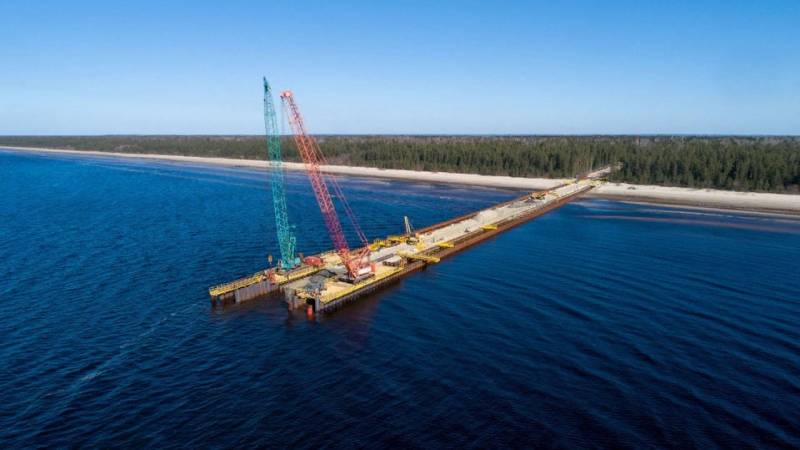 Everyone was surprised by the former Prime Minister and ex-Foreign Minister of Sweden Karl Bildt.


In an interview with "News" Bildt said that “US sanctions against Nord Stream 2 are direct American interference in European affairs.” Bildt called on Europeans "not to be afraid of restrictions against the project, to defend their independence and the right to choose their energy partners."

From friends of Kiev - to the site "Peacemaker"

For those who have forgotten this Swedish politician who has fallen into the shadows, we recall: Karl Bildt has always been distinguished by particularly harsh Russophobia. During the time of the Ukrainian Euromaidan, he (then Minister of Foreign Affairs of Sweden) led the company of the Baltic Tigers, which defended the interests of the new Kiev authorities and opposed Russia.

As experts noted, there was not a single anti-Russian initiative in Kiev that Bildt would not have supported in the international arena. Moreover, he did it actively, assertively, with loud public statements and political demarches.

Bildt is not our friend at all today. He still advocates the use of military force to deter Russia. He considers our foreign policy to be revisionist, threatening European interests. He is worried that the countries of Eastern Europe will not fall into the zone of influence of Moscow again.

Recently, the Swede "pierced." At the Munich Security Conference, he, along with other influential politicians, signed the document “Twelve Steps to Greater Security in Ukraine and the Euro-Atlantic Region”.

They included 12 recommendations to Ukraine on the settlement of the conflict in the east of the country. It was proposed, inter alia, to resume dialogue between the West and Russia. The document caused fierce criticism of the delegations of the United States and Ukraine. At their request, he was removed from the official website of the conference, and Karl Bildt (together with the head of the Munich Conference Wolfgang Ishinger) was included by “grateful Ukrainians” in their scandalous site “Peacemaker”.

Attitude towards America is changing in Europe

How did it happen that an anti-Russian Swedish diplomat and politician turned out to be on the wrong side for the West stories? It is easy to explain. Today Carl Bildt is Co-Chair of the European Council on Foreign Relations. This is such a private research organization of authoritative retired politicians who have earned in their history (dating back to 2007) the informal title of "European factory of thought."

So the situation is binding. In shaping its political agenda, the Council should listen to the sentiments of Europeans. And today they have no illusions about America, they see Washington washing out economic trump cards from the Old World in order to weaken its competitive capabilities.

So Karl Bildt had to step on the throat of his own song and “hesitate along with the party line” - that is, to be in the mainstream of European politics. It is generally different. The positions of globalists and Euro-Atlanticists, gravitating towards the American democrats, are still strong in it.

However, around the leaders of European countries a powerful layer of pragmatists has already been formed, imprisoned to defend their own economic interests. It is believed that the impetus for the development of this political force was the snappiness of the current owner of the White House, recognizing only the law and interests of America.

Meanwhile, it is worth remembering that Washington began to crush Europe even under President Obama. He, under various pretexts, exacted multibillion-dollar fines from European banks. Deutsche Bank ($ 14 billion) and Royal Bank of Scotland ($ 10,1 billion) paid the most. Over $ 6 billion in fines came from BNP Paribas, Credit Suisse and UBS.

In addition to banks, large European companies, for example, German automobile concerns, fell under the pressure of Americans. In a word, Europe had enough reasons to doubt its friendship with America. Now, when Washington is trying to tie the Old World to itself through energy dependence, even stubborn Russophobes like Karl Bildt could not stand it.

It is appropriate to note here that the American sanctions against Nord Stream 2 did not unsettle the Europeans. Almost all companies financing the construction of the pipeline remained in the project. These are companies from Germany, Austria, the Netherlands and France: ENGIE, OMV, Shell, Uniper and Wintershall Dea. They were not left out of love for Russia. The project has invested more than $ 20 billion. This money should return to the European economy and work for it.

There is one more reason for such a unity of Europeans. The German business newspaper Handelsblatt, citing its sources in Washington, recently reported: Americans are preparing new sanctions against Nord Stream 2. They will be put into effect if an attempt is made to complete the construction of the gas pipeline.

The head of the German Bundestag committee on economics and energy reacted to the newspaper’s message. He said that any threats by the United States over the imposition of new sanctions would be repulsed not only by Germany, but also by Europe.

This determination of Europeans should not deceive us. Today it focuses on only one piece of our economic cooperation - the Nord Stream-2 gas pipeline. In general, relations between Russia and the EU will remain tense until another shake from the ocean pushes the Europeans to meet us.

We are in Yandex Zen
Situational analysis of the death of the MH17 flight (Malaysian Boeing 777), made on the basis of engineering analysis from 15.08.2014
Bashar al-Assad: In Syria, not the “revolution” that the enemies are talking about, but the revolution of the army and the people against terrorists
53 comments
Information
Dear reader, to leave comments on the publication, you must to register.