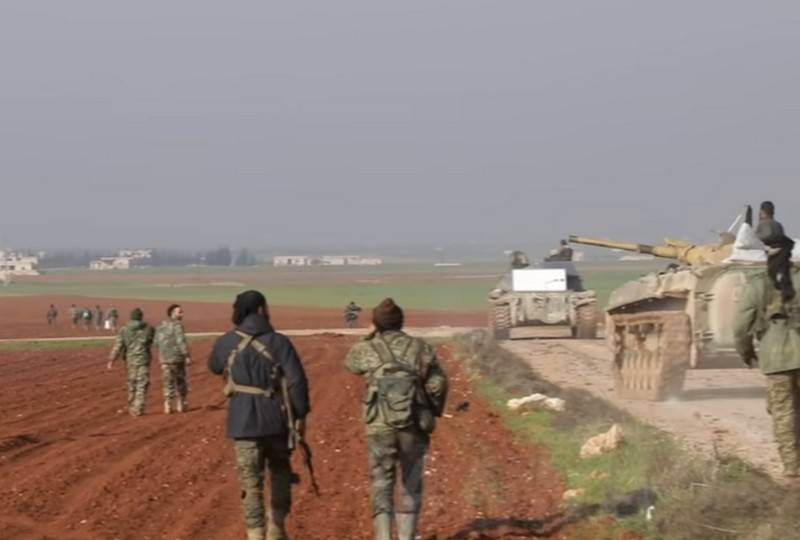 While militants in the region of Serakib, with the support of the Turkish military, continue to attempt to break through the defenses of the Syrian army and continue the offensive, the situation on the other front line is in favor of government forces. In the south of Idlib province in the Jebel al-Zawiya region, units of the Syrian army are conducting a successful offensive, crowding the militants.


According to Al Mayadeen TV channel, on Friday, Syrian units regained control of the settlements of Khirbet-Nakus, Al-Mansoura and Tell-Wasit, located on the administrative border of Idlib and Hama provinces. During fierce battles, the militants suffered heavy losses in manpower and equipment. Earlier on Thursday, government forces seized a strategic point - the peak of Jebel Shahshebu, which dominates the valley of the Oront River. In total this week, the Syrian army liberated 24 settlements at the junction of the provinces of Idlib and Hama.

The offensive in the south of the province of Idlib will allow the liberation of the Jebel al-Zawiya region, where the main forces of the banned in Russia terrorist groups Jebhat al-Nusra and Muslim Brotherhood are concentrated. The liberation of this region will allow you to exit from the southern direction to the Aleppo-Latakia highway on the section between Sarakib and Jisr al-Shugur.

Jebel al-Zawiya is a city in the province of Idlib, where in 2011 the first "free zone" of the Syrian opposition was formed, defended by the Syrian Free Army (FSA), which was based on officers and soldiers who deserted from government forces. Currently, the main forces of terrorists are concentrated there.
Ctrl Enter

We are in Yandex Zen
Reinforcements: SAA deployed additional Msta-B tanks and howitzers to Serakib
Reports from the militia of New Russia for 19 August 2014 of the year
76 comments
Information
Dear reader, to leave comments on the publication, you must to register.