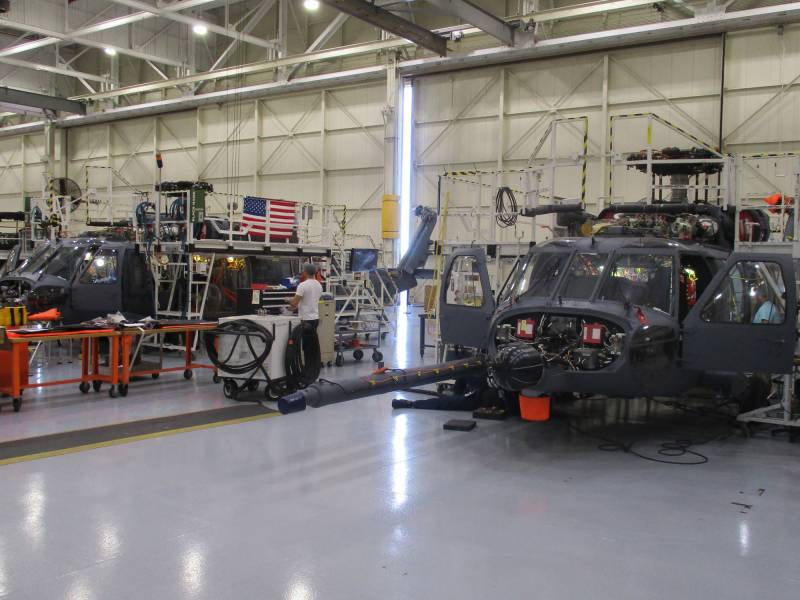 In the interests of the search and rescue service of the U.S. Air Force, work is currently underway to create a promising Sikorsky HH-60W helicopter. This project has been brought to small-scale production and military tests, and in the foreseeable future, the launch of full-scale serial construction is expected. New helicopters, characterized by enhanced performance, will have to replace the equipment of the previous model.

Currently, the main PSS Air Force helicopter is the HH-60G Pave Hawk, created back in the eighties. 113 machines of this type remain in service, suitable for operation over the next few years. Despite constant modernization, this technique is outdated and requires replacement. Since the late nineties, attempts have been made to create a new helicopter, but the first projects of this kind were unsuccessful.

In 2013-14. The Pentagon closed another Pave Hawk replacement program and soon launched a new project. In June 2014, Sikorsky received an order to create a modern modification of the HH-60 helicopter with the subsequent launch of mass production. Soon, the promising car received the official HH-60W index. As the basis for this helicopter, it was proposed to use the existing UH-60M project. 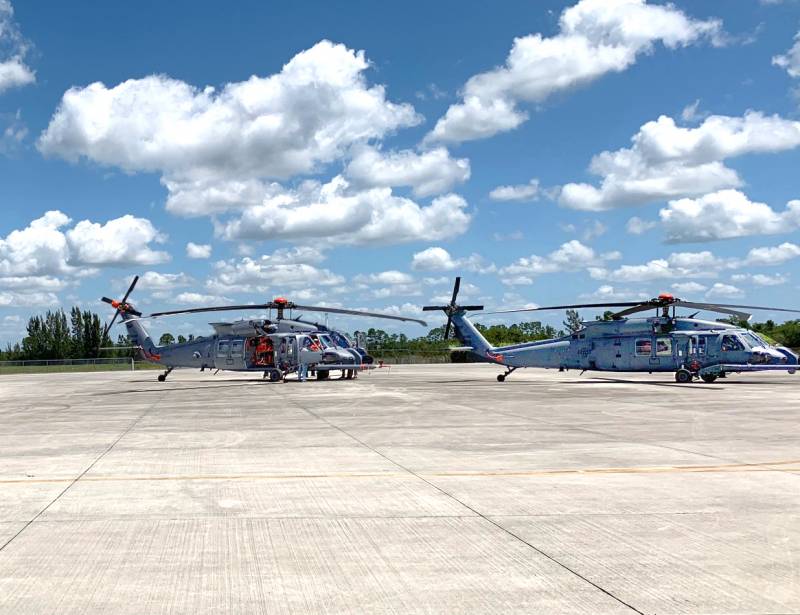 The first contract worth $ 1,3 billion provided for the development of the project and the construction of four experimental helicopters. The next batch of five machines should have been delivered no later than 2020. In total, the Air Force wanted to receive 112 new helicopters by 2029. The expected total cost of all such contracts is $ 7,9 billion.

On May 17, 2019, the first flight of the first experimental HH-60W took place, lasting more than 70 minutes. During this time, test pilots completed a voluminous flight program and confirmed the high flight characteristics of the helicopter. Just a few days later a second car was lifted into the air. Two more prototypes went on flight tests over the next few months.

The first four cars belong to the stage of experimental design work (Engineering & Manufacturing Development). Then, five more helicopters are required to be built as part of the System Demonstration Test Articles development phase. With the help of nine experimental machines, the Air Force and Sikorsky will study and work out all issues of design and application of equipment. 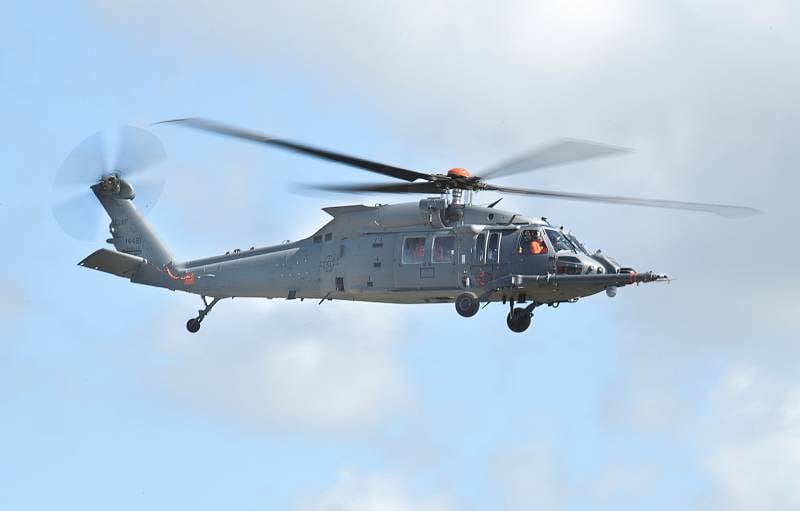 As of the end of February 2020, seven HH-60W helicopters were involved in the tests. This number includes four EMD prototypes and three SDTA helicopters. Two helicopters transferred to the air force for testing in a real air base. The site for such verification was the Duke Field airfield from the Eglin base (pc. Florida).

According to the results of the first tests of experimental equipment conducted last year, the Air Force approved the transition of the project to a new stage. In September, Sikorsky received an order for the so-called initial low level production (LRIP). The first batch under the LRIP should include 10 helicopters with delivery in 2020-2021. Construction of this equipment will begin after the completion of work on SDTA helicopters.

On February 27th, important new events took place. Based on the results of previous work and recent successes, Sikorsky received a new order. This time we are talking about the second batch of “low-level production” helicopters - these are 12 aircraft with a total value of more than $ 500 million. The first helicopters of this order are expected next year, after the completion of the first batch of LRIP. 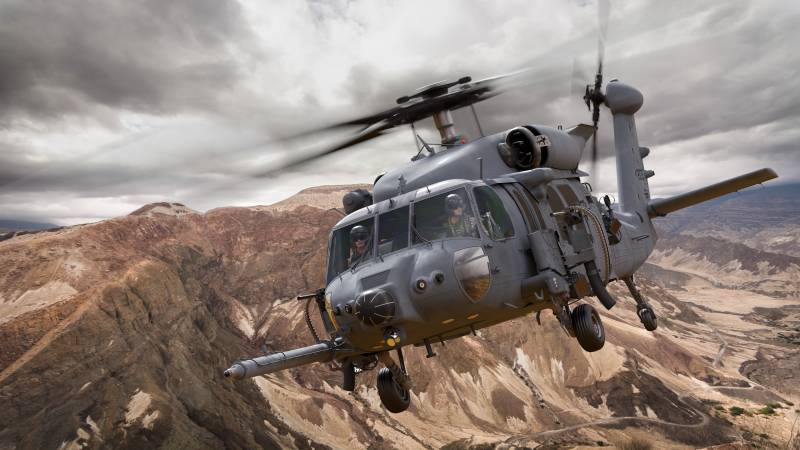 The Air Force also announced that the promising HH-60W helicopter, in accordance with existing traditions, gets its own name. The new car was named Jolly Green II. This name refers to the nickname Jolly Green Giant ("Jolly Green Giant"), which during the Vietnam War received search and rescue helicopters. Their characteristic green color caused associations with a character from an advertisement for canned vegetables.

Existing contracts, incl. signed recently, provide for the supply of four batches of HH-60W Jolly Green II helicopters with a total number of 31 units. 7 helicopters built and put to the test; 2 of them were transferred to the air force. Thus, in 2020-22. Sikorsky will have to build another 24 helicopters - the remaining experienced SDTAs and two LRIP lots.

After that, the launch of a full-scale series is expected, which will be able to ensure the implementation of all existing plans for the Air Force. A few years ago it was announced that 113 new HH-60Ws would be ordered to replace 112 obsolete HH-60G helicopters. Thus, the renewal of the park will be carried out in a one-to-one proportion in quantity, but with significant consequences for quality. 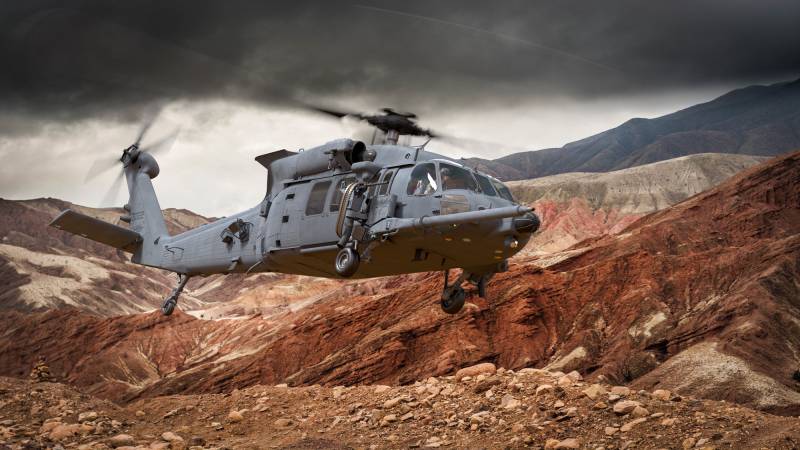 Available orders provide for the delivery of 26 serial helicopters out of 112 planned. Thus, in the near future, the Pentagon and Sikorsky will sign new agreements for 86 cars with production as part of a full-fledged series. The contract is likely to appear later this year, and its implementation will begin after the completion of the current stages.

According to existing plans, deliveries of the HH-60W Jolly Green II should continue until 2029. Depending on the launch date, full-scale serial production will last about 8-9 years. Thus, for the timely implementation of all plans, the manufacturing company will have to reach a pace of approx. 9-11 helicopters per year. While production is proceeding more slowly, which is mainly due to the current stage of the project.

The new HH-60W helicopter was developed on the basis of the serial UH-60M, which first took off in 2008. The base machine compares favorably with the obsolete HH-60G and has a number of important advantages. The current Jolly Green II project provides for a certain restructuring and re-equipment of the base helicopter in accordance with the requirements of the Air Force MSS. 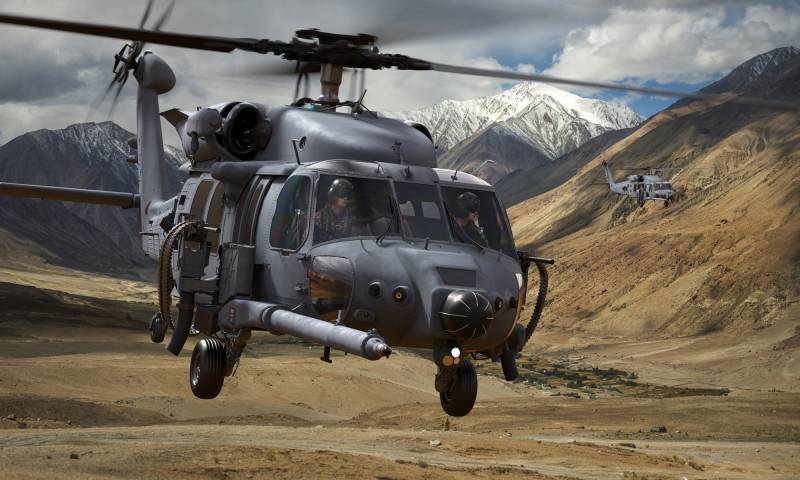 Saved efficient and economical power plant. At the same time, the fuel system was supplemented with new tanks, which led to an almost twofold increase in capacity. Flight range increased from 360 miles (approx. 580 km) for the base model to 700 miles (over 1100 km). The flight duration is accordingly increased, which increases the efficiency of search and rescue operations. Also, the helicopter has a refueling rod in flight.

The on-board electronics is partially borrowed from the UH-60M and supplemented by modern instruments for various purposes. A modern "glass cabin" with all the necessary equipment is used. Avionics allows you to search for victims, maintain communication and exchange data between helicopters and operation leaders.

Like other helicopters of its family, the HH-60W can be equipped with machine gun weapons for self-defense. So, in advertising materials the configuration with two onboard machine-gun installations appears. 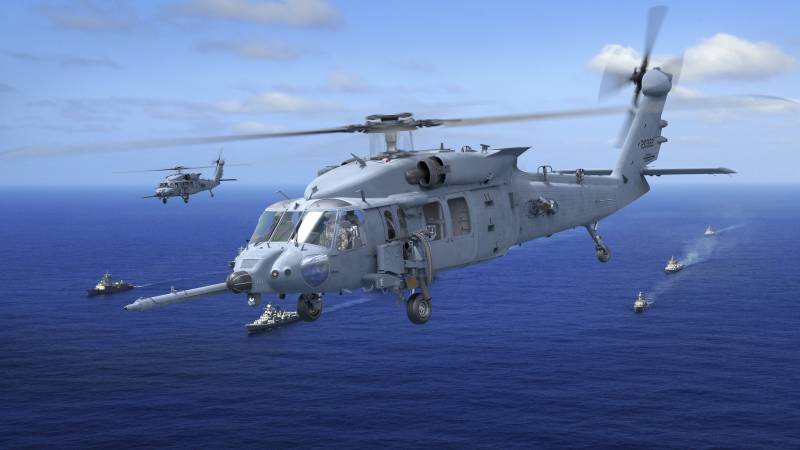 The cargo and passenger cabin in the middle of the fuselage can change its layout and configuration, as well as be equipped with various special equipment. It can accommodate chairs and stretchers of various types or other equipment appropriate to the current task. Re-equipment of the helicopter takes the minimum time, after which it can begin to carry out the task.

Thus, the new search and rescue helicopter for the US Air Force has a number of important advantages that can positively affect the effectiveness of its real work. Maximum unification with existing equipment should simplify production and operation, and the new equipment will provide the solution to the main problems.

However, while the US Air Force MSS will have to use the old equipment. The Sikorsky company is engaged in the construction of a second batch of prototypes and has not yet proceeded to assembling the first small series. Accordingly, the mass production and delivery of helicopters to combat units remains a matter of the future. Only after this starts the process of updating the search and rescue service park, which will continue until the end of the decade. This means that the obsolete HH-60G will still serve, although they will begin to give way to the modern HH-60W.

We are in Yandex Zen
Aviation against tanks (part of 23)
An-12 in Afghanistan
9 comments
Information
Dear reader, to leave comments on the publication, you must to register.