Defense Ministry commented on strike on Turkish forces in Idlib 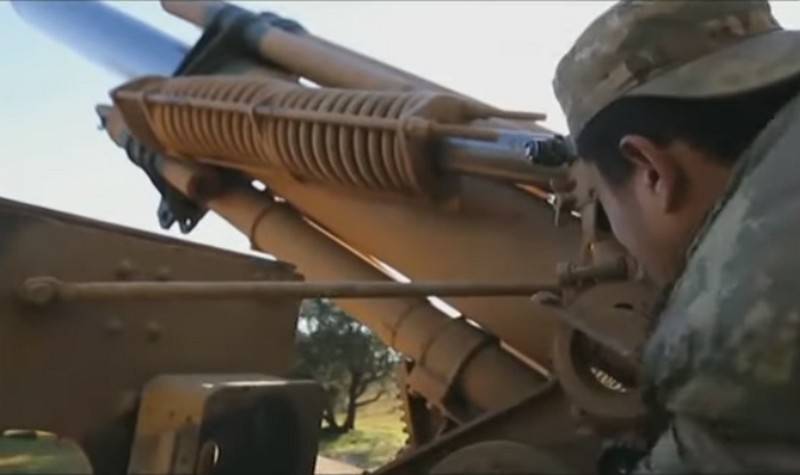 Turkish forces came under attack from the Syrian army, as they were among militants advancing on the positions of government forces. Ankara did not notify Moscow of the presence of its troops in this area of ​​Idlib province. This was stated in the Ministry of Defense of Russia.


The Russian military department noted that Turkish servicemen were hit in the area of ​​Behun, where government forces in Damascus attacked militants of the banned terrorist group Khayyat Tahrir Al-Sham (Jabhat al-Nusra) in Russia. The militants tried to attack the position of the Syrian army. At the same time, no information was received from Turkey that its forces were in the area, despite the requests of the Russian side.

According to the transmitted coordinates, no units of the Turkish armed forces in the area of ​​the settlement Behun were and should not have been
- said in the Russian Center for the Reconciliation of the warring parties in Syria.

The Russian Ministry of Defense noted that after receiving information about the dead and wounded Turkish military personnel, Russia helped establish a ceasefire in this area and a safe evacuation.

It is emphasized that aviation The Russian Aerospace Forces in the area of ​​Behun was not used.

In turn, the Russian side accused Turkey of violating the Sochi agreements.

In violation of the Sochi accords in the Idlib de-escalation zone, the Turkish side continues to support the actions of illegal armed groups by artillery fire and the use of reconnaissance and strike unmanned aircraft for striking at Syrian forces
- said the head of the Russian center for reconciliation of the warring parties in the SAR, Rear Admiral Oleg Zhuravlev.
Ctrl Enter

We are in Yandex Zen
Militants "Hayat Tahrir ash-Sham" in Idlib - Turkey: Just try to disarm us
Reports from the militia of New Russia for 27-28 September 2014 of the year
115 comments
Information
Dear reader, to leave comments on the publication, you must to register.