MH17 trial will test Netherlands for fairness of justice 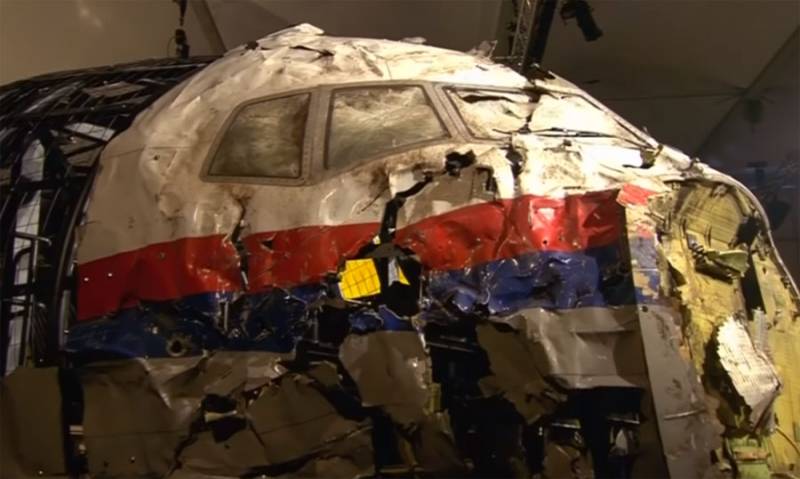 A few days remained before the start of the trial in The Hague on the July 17, 2014 crash case in the sky over the Donetsk region of Ukraine of a Malaysia Airlines Boeing-777 aircraft operating on the MH17 flight from Amsterdam (Netherlands) to Kuala Lumpur (Malaysia).


In this terrible disaster, 298 people were killed.

Court hearings cover with a veil of secrecy

The trial of MH17 will begin on March 9 at the Schiphol trial complex. It is called a maximum security court, because the building has enhanced security measures. Four judges were appointed to hear the MH17 case, one of them was reserved (so that, for example, in case of illness of one, the case would be continued without interruption). Judge Hendrik Steingayus became the chairman. And the process promises to be a test for objective justice for a country that has decided to deal with this lawsuit.

Experts do not expect a quick verdict of judges. Most likely, the process will drag on for years. Indeed, in the case of more than 30 thousand pages. This mass of material has to be disassembled in the most thorough manner. Since the evidence and other evidence collected by a special investigation team, cause mixed opinions of experts and lawyers.

The Dutch prosecutor’s office did not bother with these doubts. I simply filled out the collected material in the form of an indictment and submitted it to the court. Although not. The prosecutors not only supported the controversial version of the investigation team, but also decided to cover it with a cover of secrecy.

On Tuesday, the Dutch television and radio company NOS, citing a bill of indictment, said that 13 witnesses in the case of the crash of the Malaysian Boeing-777 in Donbass will remain classified. The Netherlands Prosecutor's Office believes that the health and safety of these people are at risk. At the same time, as noted by NOS, one of them was denied anonymity, since it is “almost impossible” to guarantee it.

What “baggage of evidence” did the prosecutor bring to court?

Admittedly, the situation around the process was not simple. However, not to the extent that there is a real threat to the participants in the hearing. The prosecutors need a veil of secrecy in order to be able to manipulate the MH17 case, which from the very beginning acquired an international political character.

The Dutch prosecutor's office has a special role in it: to organize a demonstration trial of pre-appointed defendants. Their names are famous. These are three Russians - the former “Minister of Defense” of the DPR Igor Girkin (Strelkov), Sergey Dubinsky (call sign Khmuryy), Oleg Pulatov (Gyurza), and Ukrainian citizen Leonid Kharchenko (Krot).

There is also a “former commander of the DPR air defense” Vladimir Tsemakh. Last summer, the investigation team retrained him from witnesses to suspects. After that, the Security Service of Ukraine stole Tsemakh from Donetsk Snezhnoye and arrested.

Apparently, Tsemakh did not present a great value for the Dutch investigation. In the fall, he was transferred to Russia for the exchange of prisoners. For decency, the Dutch were indignant, but quickly turned the arrows to Moscow.

“Russia's insistent demand to give Zemakh to her testifies to the fact that Moscow confesses its guilt in the crash of the Boeing-777 of flight MH17,” local media outlets replicated the version of the authorities. New variations were launched about how the Russian Bug complex entered the territory of Ukraine and then fired at a Malaysian civilian airliner.

Actually, this is the main accusation of the investigation team, supported by the prosecutor's office. Its meaning is to confirm Russia's involvement in the death of the liner and to justify all subsequent political and economic sanctions that have been imposed on our country.

The bias of the investigation outraged the authorities of Malaysia - the owner of the dead ship. Prime Minister Mahathir Mohamad has publicly stated that the main task of this investigation was not initially to establish the truth, but to accuse Russia of the death of the Boeing-777 of flight MH17.

What did the investigation not recognize?

Malaysians de facto left the process after the investigation completely ignored the materials submitted by Russia. Among them were satellite observations made at the time of the disaster, documents confirming the Ukrainian identity of the rocket that shot down the plane, and other materials.

Doubts about the impartiality of the investigation appeared in the Netherlands themselves. The country's parliament demanded that the government investigate the role of Ukraine in the crash of the Malaysian Boeing. Deputies drew attention to the fact that Ukraine did not close its airspace due to military operations in the area of ​​international air routes.

They also asked where the records of the negotiations of the Ukrainian dispatching services had gone, and the dispatcher himself, who had tracked the flight of МН17.
The initiative of the deputies did not find government support. Questions in Ukraine remained unanswered.

As the authorities ignored, the film investigation of the Dutch journalist Max Van der Werf about the Malaysian Boeing disaster, in which the journalist presented inconvenient for the investigation evidence that Russia was not involved in the disaster.

The other day Van der Werf again became a troublemaker. He published a letter dated September 21, 2016 to the Netherlands military intelligence, sent to the country's prosecutor's office. The document provides information on the location on the day of the crash of the Buk air defense system belonging to the Russian Federation and Ukraine. Intelligence wrote to the prosecutor’s office: “It becomes obvious that MH17 flew out of range of all detected Buk-M1 deployed air defense systems.

The journalist did not rule out that data on Ukrainian systems may not correspond to reality. “It is striking,” writes Van del Verfa, “that the Dutch military has detailed information about the positions of the Russian Buk systems that were not at their bases, but most Ukrainian Buk systems did not leave their bases according to the document. Is it possible to believe that during the "anti-terrorist operation" Ukraine left its air defense systems at the bases, instead of deploying them in positions? "

The doubts of the Dutch journalist were shared by Russian experts. This is what the famous military expert, reserve colonel Viktor Murakhovsky said in an interview with Komsomolskaya Pravda. “You have to understand that the Dutch have no space intelligence satellites,” said Colonel Murakhovsky. “But they have access to the NATO database.” Satellite images of the state of this area the day before the crash of the Malaysian Boeing have already been published. There you can clearly see the positions of the Buk air defense system of the Ukrainian division, which was much closer to the crash site of flight MH-17 than 66 km reported by the Dutch. Within the radius of the lesion. "

With all these arguments, rejected by the investigation, the court will now have to deal with it. We will find out whether he will be as engaged and biased as a special investigative group, or find the strength within himself to withstand political pressure - we will find out in the near future. The trial in The Hague awaits trial for justice.

We are in Yandex Zen
The collapse of the "Boeing" in the Donbas. Five years have passed, but the West is hiding the truth.
Situational analysis of the death of the MH17 flight (Malaysian Boeing 777), made on the basis of engineering analysis from 15.08.2014
71 comment
Information
Dear reader, to leave comments on the publication, you must to register.