Brain Drain: Where the Solution Is 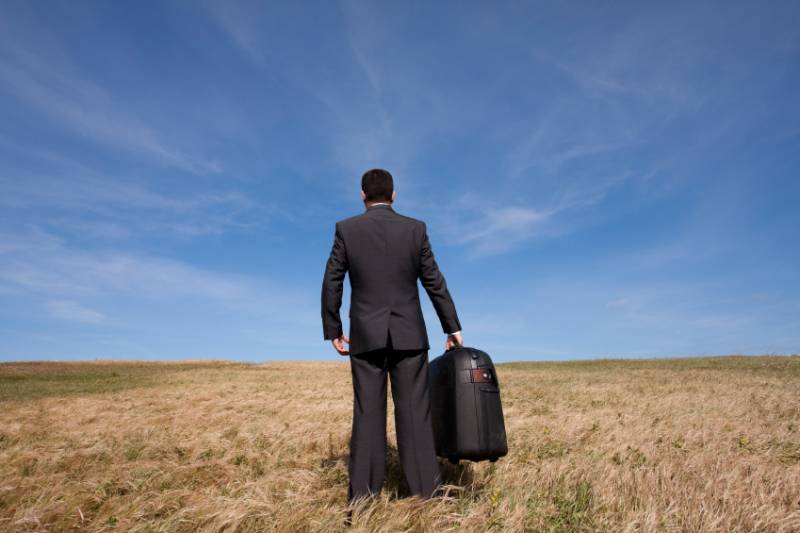 The brain drain problem, once again raised in an interview with TASS with Russian President Vladimir Putin, is the departure of scientists, highly qualified specialists and simply promising young people from our country who seek to find, if not happiness, then at least stability and prosperity, which has remained relevant for many years .


The methods proposed by the head of state deserve attention, of course, but it would be naive to believe that the slow flow of Russia's future abroad can be prevented by administrative or even economic methods.

First of all, the president himself admitted: not a single method of influence on this issue, apart from the pluses, is also without the minuses, sometimes not immediately manifesting themselves. His example with civil aviation, an increase in salaries in which led to the outflow of combat pilots from the airborne forces, who happily changed the controls of fighters or bombers to places in the cockpit of passenger airliners, is very revealing. Alas, the proverb mentioned by the president about fish looking for where deeper, has proved its relevance for centuries. However, do we, the descendants of the victors and great creators, really want to finally slide down to a “fishy” attitude towards life, measuring all values ​​in it exclusively with the amount of “feed”?

Without a doubt, improving wages in proportion to their qualifications, complexity, and intelligence is the first task for any state, especially for one that does not want to degrade or stagnate, but strives for development. Including economic, technical, innovative. However, it is worth remembering that in the present world in most cases there will always be corporations, states and other structures capable of offering more. Let's not forget that, in addition to Russian “brains”, brainy guys from all over the world are flocking to the same USA, Canada, Singapore, Australia. Including from those of its corners where salaries are much higher than domestic. From Eastern Europe, the living standards of some countries of which is a dream for many Russians, they are fleeing to the “long euro” to Germany, France, and Scandinavia. You can’t outbid everyone, and is it necessary?

A diametrically different approach, not without irony called by the president “to keep and not let go”, has long shown its low viability. Well, except that we can get a new “iron curtain” in the kit ... On the other hand, with Putin’s words about the need to demand from those who have received popular and promising specialties at public expense that it’s difficult to argue at least the cost of their own training. High-quality education all over the world is expensive, and allowing those who received it free of charge (in fact, at the expense of their own compatriots who do not tear “over the hill” in search of paradise, but work and pay taxes in Russia), to enrich completely different potentials for young people, including states unfriendly to us, Russia acts, to put it mildly, short-sighted.

In the light of this, the idea of ​​burdening graduates of the same medical universities with additional obligations does not look bad: they have unlearned - work out. However, such an approach will be effective only if the state has, in addition to a whip, a rather attractive carrot in the arsenal. For example, providing young professionals with especially sought-after occupations of housing, which they can occupy after working for a year, but call their property ten years after diligent work. This is only one of the options, however, all over the world it’s precisely these “traps” of a social character for retaining valuable personnel that are used even more effectively than a simple increase in salaries.

And one more point to mention which would be fundamentally wrong. The fact that the majority of those who go abroad to a more or less permanent place of residence are people with higher education, in general, is natural. The smarter and more learned, the more relevant, respectively. However, there is also a “double bottom" that we do not like to talk about (as is usually the case with shameful things). Alas, it so happened that the education system in Russia has been largely left to the people who have very definite outlooks on life and on our country. I will not give here the specific names of professors and other figures called to “sow the rational, the good, the eternal,” which were fully noted by frankly Russophobic rhetoric - they are already well known. That's where you need to look for the reason that many graduates of domestic universities leave them with a firm belief that in their native land, in principle, "there is nothing to catch."

In this state of affairs, it is not surprising that we are able to learn a qualified engineer, doctor or pilot, but to educate a true patriot who is ready to share not only her victories, but also her hardships with her Motherland .. somehow not very .. The problem is not that the Russian people want to earn more, but that they are ready to flee abroad in search of a more satisfying share, should their homeland enter one or another “turbulence band”. The fight against brain drain must begin with the battle for souls.

We are in Yandex Zen
Situational analysis of the death of the MH17 flight (Malaysian Boeing 777), made on the basis of engineering analysis from 15.08.2014
Results of the week. “In our cooperative, the board is always agreed”
168 comments
Information
Dear reader, to leave comments on the publication, you must to register.