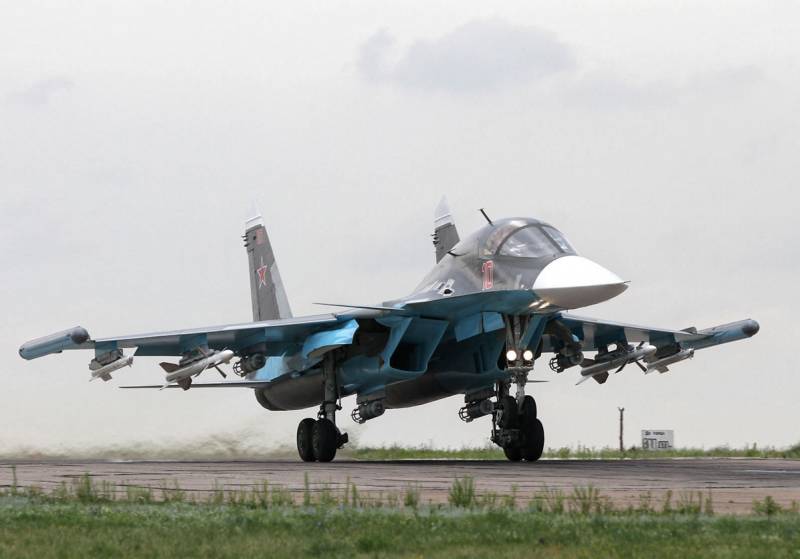 In the post-Soviet space, they love the narrow specialization of winged combat vehicles, although world practice shows that it is gradually becoming a thing of the past. First, let's look deep stories. The Second World War approved the main types of bombers at that time, dividing them into light, medium and heavy. Although, for example, already at the beginning of World War II, the concept of the light Su-2 showed that such an aircraft would not live in a real battle for long (unless, of course, it would have the speed like the British De Havilland Mosquito). The end of the war consolidated the main subtypes fighters, attack aircraft and bombers, but many decades after its completion in the air forces of Western countries and the USSR there will remain a “vinaigrette” of a wide variety of vehicles, a significant part of which will, of course, be supersonic fighters and bombers.

Why did this happen? Firstly, during the Cold War, military technology developed incredibly fast, albeit not as fast as during the Second World War. So several generations of aircraft could be in the air force at once, and it has been so for a long time. Secondly, tactics changed, and this required the presence of highly specialized machines. At one time, a low-altitude air defense breakthrough was extremely popular through flight at very low altitudes with an envelope of the terrain. So, in the 60s and 70s, the American F-111, equipped with a system of enveloping the terrain, capable of operating at low altitudes seemed "ultimatum" weapons. In turn, the fighters had to operate at high altitude, providing cover and gaining dominance in the sky. 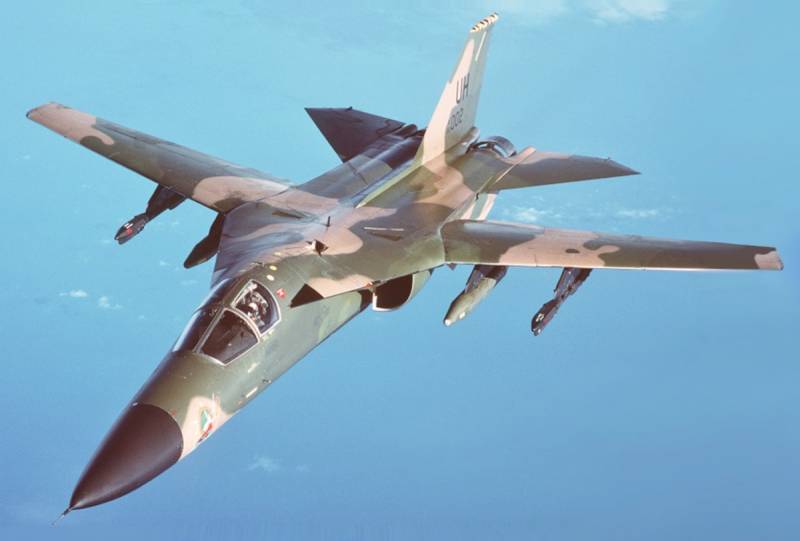 However, modern realities have made some adjustments. The use of Panavia Tornado during Desert Storm has shown that a low-altitude breakthrough is fraught with serious risks and losses, even if the enemy is not equipped with the latest technology. More importantly, modern aviation weapons of destruction allow aviation to effectively act against air defense without flying near the ground. Therefore, such aircraft as the F-111, have become little in demand, although no one says that this machine or its direct analogue in the person of the Su-24 were initially bad. Not at all.

The firstborn of a new time

The appearance of the McDonnell Douglas F-80E Strike Eagle in the late 15s marked a qualitatively new stage in the development of attack aircraft, despite the fact that the combat debut in 1991 turned out to be “blurry" and the creators had to eliminate children's diseases characteristic of the new technology for a long time.

And although initially the F-15 was created as an air fighter, a large range of action and good combat load indicators made Strike Eagle a real multifunctional complex. In one of the new photos you can see this aircraft carrying 20 (!) New bombs GBU-39 SDB (Small Diameter Bomb). And in May 2015, Strike Eagle was presented with its new version in the form of SDB II, capable of hitting not only stationary (like GBU-39), but also moving targets. 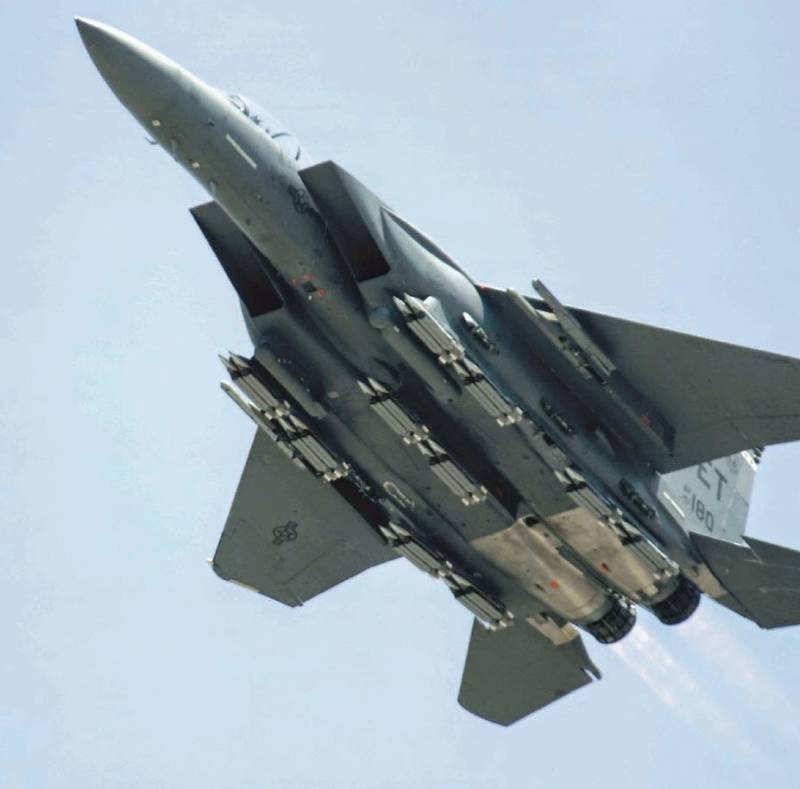 In general, if we look at modern fighters, such as the Dassault Rafale or Eurofighter Typhoon, we will see how these aircraft differ in terms of functionality from third-generation fighters. One of the Eurofighter’s loading options, for example, involves mounting eighteen of the latest Brimstone air-to-surface missiles. We are not talking about fifth-generation fighters, which have not only wide functional capabilities, but also stealth.

In this situation, Russia continues to buy the Su-34 front-line bomber - the brainchild of the Cold War. Recall that in February of this year it became known that a new contract for the supply of the Russian Sukhoi Aerospace Forces will be signed in the summer of 34. The exact number is unknown, but probably the total number of these machines will greatly exceed one hundred: that is how much has already been built for the Air Force.

It would seem that one can only be happy for the Russian air force, but, in truth, the plane raises too many questions. Here are just a few of them. 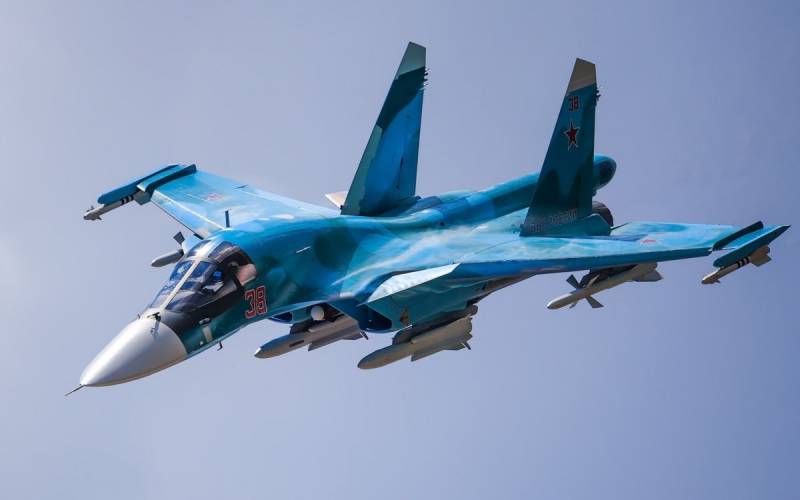 Airplane concept. The Su-34 was created with a clear eye on the American aircraft F-111 and Su-24 - aircraft, which, as we saw above, became the swan song of highly specialized tactical bombers. Now, due to the development of modern high-precision aviation ammunition, there is no need for such a machine. Its role may well be taken over by a multi-functional fighter. Simply put, the Su-34 has no real advantages over the Su-30SM or Su-35S, which have practically the same combat radius and the identical payload mass (the comparison with the Su-34 is incorrect - these are cars of different eras) . At the same time, using the Su-24 as a fighter is difficult. This is facilitated neither by the huge mass of the aircraft for a fighter (normal take-off weight is 34 tons!), Nor the low maneuverability associated with this, nor the side-by-side crew accommodation that is constraining the review and poor visibility of the rear hemisphere for both crew members. For some reason, it is not customary to talk about this in the Russian-language media, but the old F-39E is completely devoid of such restrictions. As, however, the new Russian multifunctional fighters. 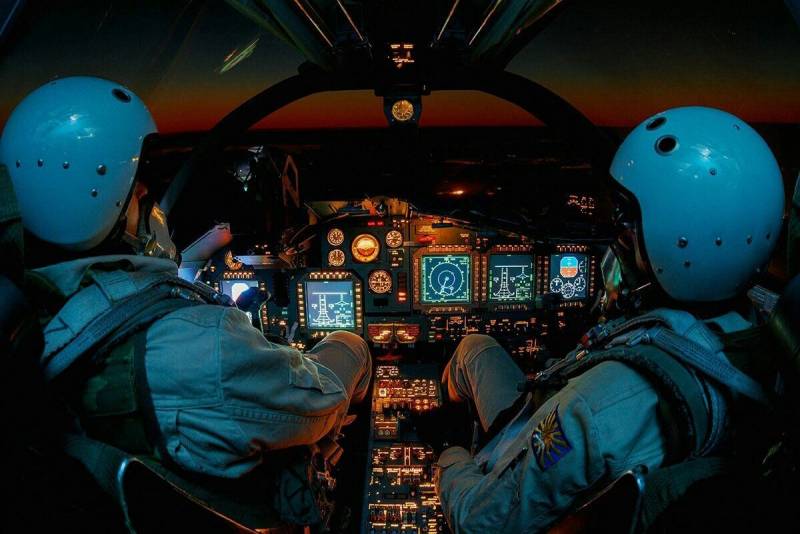 Obsolescence avionics. Developed in the Soviet years, the Su-34 was outdated not only conceptually, but also from the point of view of the "filling", although it was updated as the complex was brought to serial production. A sharp negative reaction of specialists is caused by the Platan optical system, which has very limited viewing angles and is far from the best “picture” quality to date, to say the least. There are claims to the radar. It is known that the Sh-141 radar station supports simultaneous tracking of up to ten targets when firing at up to four of them, but it is already difficult to surprise anyone with this. But the plane does not have an active phased antenna array (which, incidentally, will also not surprise anyone). Most likely, it will be simply ineffective against inconspicuous vehicles: although, as we already wrote above, it was not created for air battles and is unlikely to be able to fully conduct them, having received even the most advanced radar station in the world. 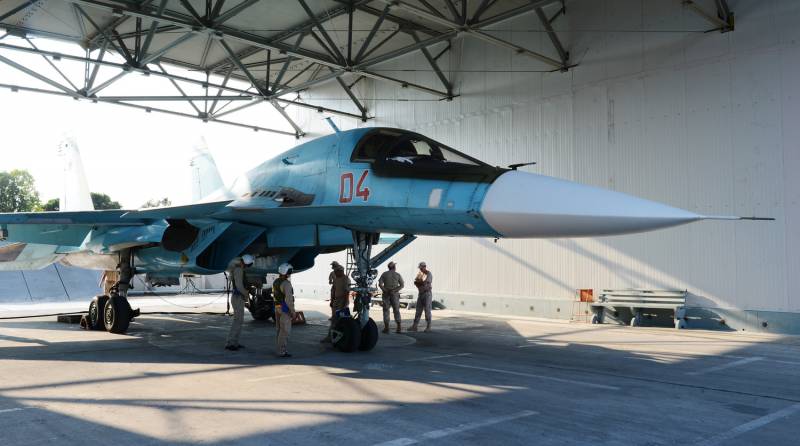 Unification of the fleet. This is a very sore subject for the modern Russian Air Force, and it does not directly address the shortcomings of the Su-34. However, without considering the situation, it is impossible to understand why the procurement of the Su-34 is not only meaningless, but also harmful. Recall that now the Russian Aerospace Forces are already operating hundreds of new-built Su-35S, Su-30SM, Su-30MK2, Su-27SM3 and MiG-29SMT aircraft, as well as fifty modernized Su-27SMs. And that's not counting the MiG-31 interceptors! Needless to say, all these machines have completely different sets of on-board electronics and, most surprisingly, different engines, although all Sukhoi engines are based on the Soviet AL-31F. Such de-standardization clearly does not paint the Air Force, but this is all the little things against the backdrop of new deliveries of the Su-34 - an aircraft that was de facto late for an entire era, and taking into account stealth fighters - just two.

In this case, the advantages of the Su-34, as they say, are sucked from the finger. As one of these indicate "the ability to act day and night, in any weather conditions" (meaning the defeat of ground targets). The problem is that now any Western modern fighter of generation 4+ and any Russian fighter of a similar generation can do this, provided that a hanging sighting container of the LANTIRN type is used. Fortunately for the rather successful Su-30SM and Su-35S, they do not carry an extra load in the face of the old built-in Plane, like the Su-34, but they have many potential suspension points for modern sighting containers. But what kind of containers they will be is a completely different topic for discussion.

We are in Yandex Zen
"Mosquitoes" of the Royal Air Force
An-12 in Afghanistan
335 comments
Information
Dear reader, to leave comments on the publication, you must to register.