"The defeat of the confused enemy": in Vietnam appreciated the military power of the Russian special forces 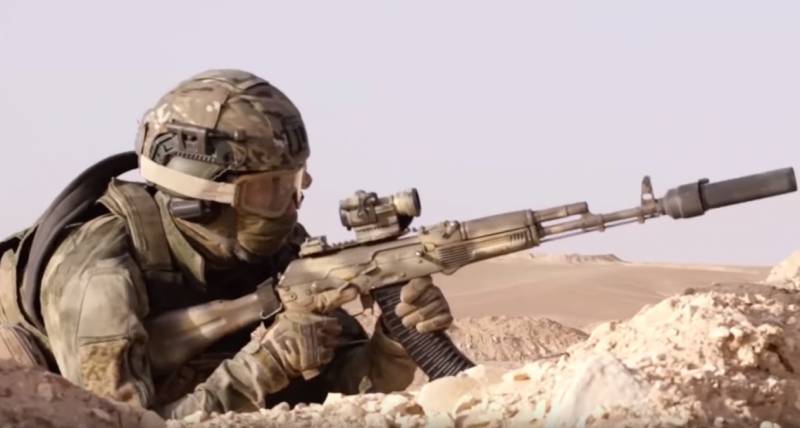 The Ministry of Defense of Russia in honor of the celebration of the Day of Special Operations Forces published footage of the work of special forces soldiers. According to the Vietnamese publication Toquoc, the shooting was conducted during the conduct of hostilities in Syria.


The record shows the implementation of the MTR assigned to them combat missions. The video does not last long, but it contains a lot of interesting points related to the elimination of terrorists from various means of destruction.

SWAT demonstrates its outstanding work in Syria, causing a nightmare among the rebels
- gives its rating Toquoc.

According to him, since the Russian army entered the war in Syria in 2015, the MTR, as part of assisting the forces of Damascus, consistently engaged in the destruction of militants at each stage of the military campaign, defeating many of their logs - in Palmyra, Deir ez-Zor , Aleppo, Homs and now in Idlib.

Although this video is short, the viewer can clearly see how each SSO fighter skillfully uses his fighting skills, masterfully removes any “obstacles” on the battlefield, cracking down on a confused enemy and successfully completing every mission assigned to the Russian army
- writes Toquoc, noting that Russian special forces are able to competently use many different types weaponsavailable in the Russian Federation.

We are in Yandex Zen
Reports from the militia of New Russia for 27-28 September 2014 of the year
December 2010 years. Russian March. Senseless and merciless? Notes not a Russian person
35 comments
Information
Dear reader, to leave comments on the publication, you must to register.