The Grom missile and bomb weapons system and its carriers 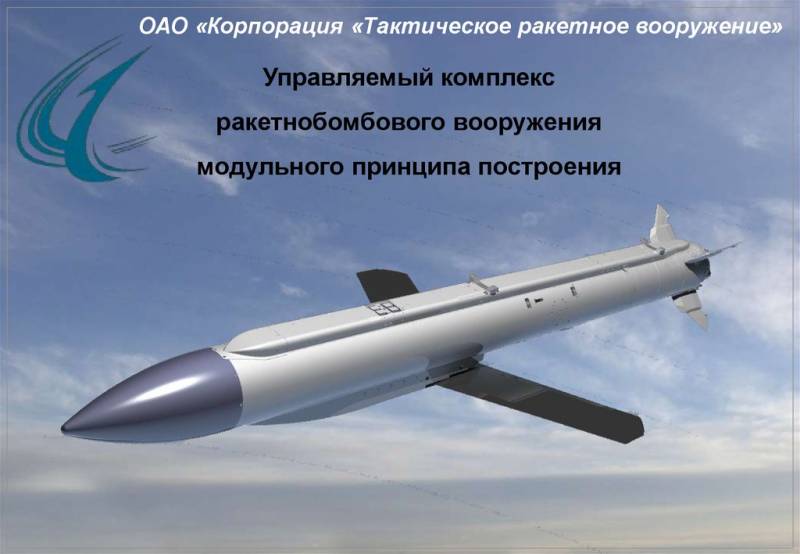 In 2015, Tactical Missile Weapons Corporation (KTRV) for the first time presented materials on the Kh-36/9-A-7759 / Thunder, a promising guided missile and bomb weapon system. Over the past years, the complex has passed all stages of development and testing, as a result of which it is ready for adoption. New aviation weapons of destruction (ASA) are intended for all major domestic combat aircraft, as well as for UAVs.

Since the first demonstration of promising TSAs, regular reports have appeared about possible carriers of such products. It was claimed that they could be used by all the main domestic tactical combat aircraft, up to promising fifth-generation fighters. More details appeared later.

In June 2018, a presentation was presented in free access, describing the main features of the Thunder project and the progress of ongoing work. Among other interesting materials, it contained photographs of 9-A-7759 products on carrier aircraft.

The first picture depicted a Su-34 front-line bomber with a whole set of promising ASPs. Two bombs (missiles) were under the planes and two more products were suspended under the fuselage. Each of them occupied one beam holder. The second photo showed the possibility of using the "Thunder" as part of the arms of the MiG-35 fighter. In this case, the product 9-A-7759 was located on the AKU-58U device. 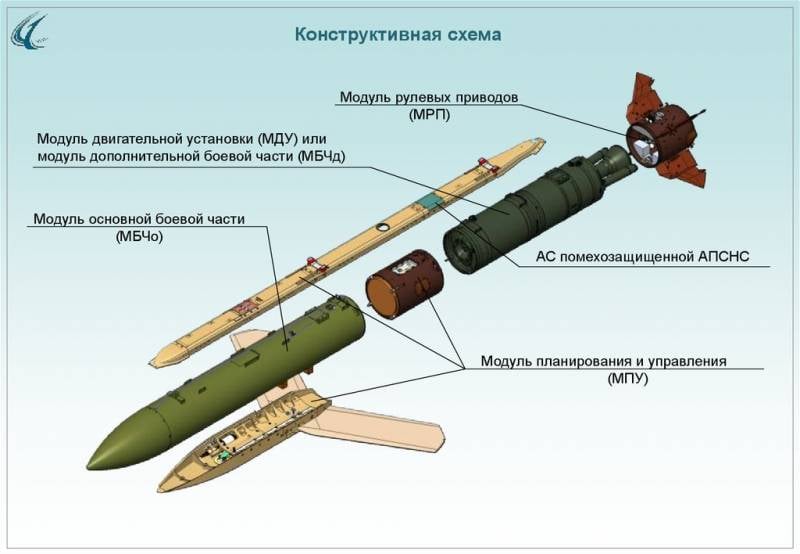 In early August 2019, KTRV announced the completion of tests of new ASPs and its readiness for deliveries to foreign customers. In these reports, another potential Thunder carrier was mentioned, characterized by its characteristic features. So, missiles and bombs of new models can be carried by a Su-57 fighter - including on an internal suspension.

Thus, the 9-A-7759 Grom products are compatible with all major tactical aircraft of the Russian aerospace forces. Such TSA can be used by fighters and front-line bombers of modern and new models, which significantly expands their combat capabilities.

Over the past few years, our industry has been developing unmanned aerial vehicles for attack purposes, capable of carrying one or another weapon to destroy ground targets. Recently it became known that the “Thunder” complex will contribute to the development of this area and will also become weapons new UAVs. 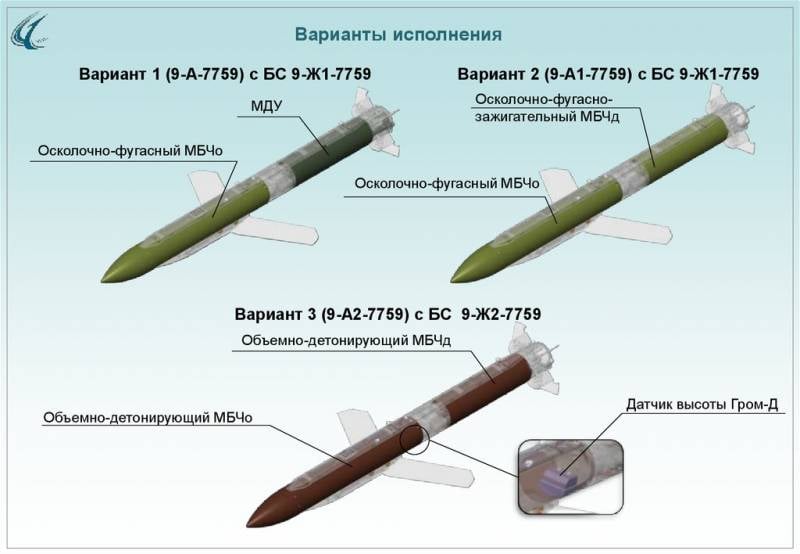 Such news On February 27, Izvestia was published, citing sources in the defense industry. It is argued that a fundamental decision has already been made to equip the shock UAVs with systems of the Thunder family, which will allow attacking ground targets with high accuracy and efficiency. As carriers of such TSA are considered drones S-70 "Hunter" and "Altius".

Part of the work in the new direction has already been completed. It is reported that Thunder has been tested with the Hunter UAV. An experienced drone successfully coped with the removal of large-size mock-ups of bombs (missiles) and performed their reset. How soon the entire process of integration of new weapons will be completed is not specified.

Work on the introduction of products 9-A-7759 in the ammunition list of Altius UAVs has not yet been completed. KTRV conducted an assessment of such opportunities at the beginning of 2018, but in the future, work slowed down. For a number of reasons, the Altius project has moved from one development organization to another, which has led to some difficulties. All these events led to a temporary suspension of work on the implementation of the Thunder. However, now the development of "Altius" continues, and the same applies to new weapons for him. 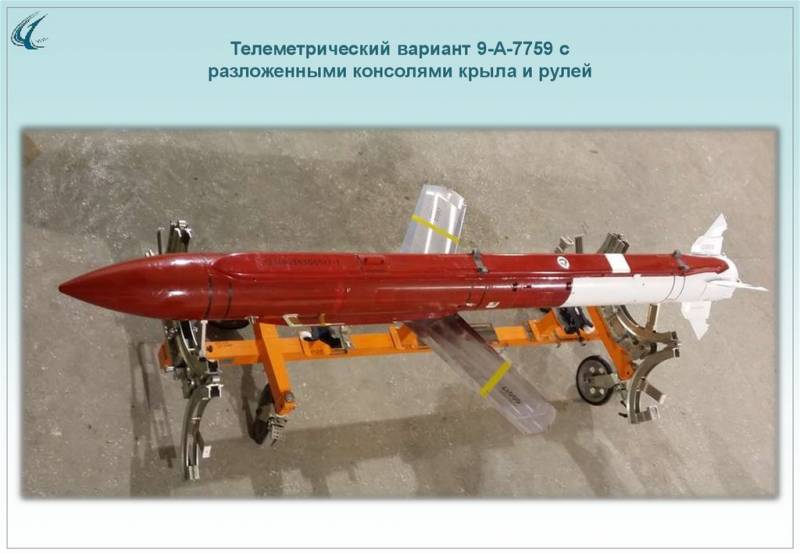 Thus, in the foreseeable future, two promising heavy UAVs with shock capabilities capable of carrying products from the Kh-36/9-A-7759 complex can enter service immediately. Thanks to this, the VKS will receive all the advantages inherent in unmanned vehicles and modern controlled TSA.

The Thunder project offers aviation weapons of various classes, built on a modular basis. Due to this, bombs or missiles with different characteristics can be assembled from common components. The project makes extensive use of finished components. One of the main sources of units was the X-38 air-to-ground guided missile.

A product of the 9-A-7759 family is assembled from several units. This is the module of the main warhead (MBCho); an optional MBChd module is optionally used. Designed by so-called propulsion module module MDU. There are also planning and control modules (MPU) and a module of steering drives of MCI. The combination of four modules with one or another equipment gives a bomb or missile. Three variants of such TSA with different features have been developed. 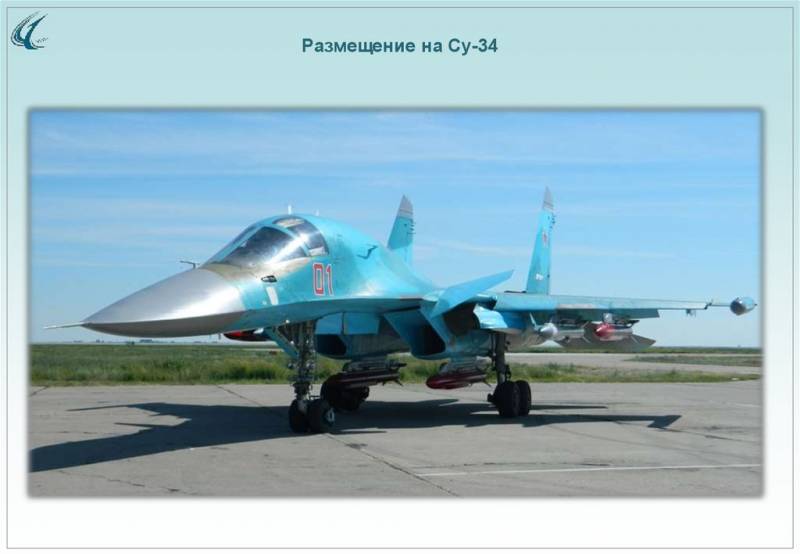 Product 9-A-7759 "Thunder-1" ("Thunder-E1") is a guided missile. She receives MBCho type 9-Zh1-7759 (high-explosive fragmentation, weight 315 kg) and carries 161-kg MDL. The MPU and MPP modules are equipped with a wing and rudders folding in flight. Aiming at a target with known coordinates is carried out through a satellite navigation system. The 4,2 m long and 594 kg rocket has an average speed of 300 m / s and is capable of flying at a range of up to 120 km.

Product "Thunder-2" or 9-A1-7759 is a guided planning bomb. It is generally similar to the Thunder-1 missile, but differs in the absence of an MDM. Instead of a motor module, an MBChd with a mass of 165 kg is installed. Guided bomb "Thunder-2" can be used for targets at a distance of 60-65 km. A maneuver is possible for hitting an object in the rear hemisphere of the carrier.

The second version of the bomb, 9-A2-7759, is equipped with two warhead modules of the 9-Zh2-7759 type with volume-detonating equipment. MBCHo has a mass of 250 kg, MBChd - 120 kg. The total mass of the product is reduced to 488 kg while maintaining other parameters. Range of application - 65 km. 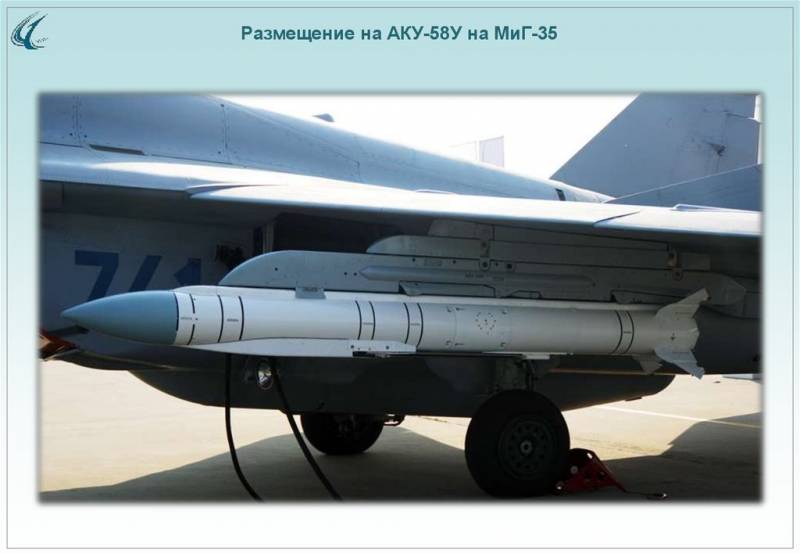 Products of the Thunder family have serious advantages over a number of existing samples. First of all, it should be noted the power of the warhead modules. According to KTRV, the combat effectiveness of the Thunder-1 is 80% higher than that of the OFAB-250-270 air bomb. The Grom-2 bomb with two MBCH is 50% more effective than the OFAB-500U product. 9-A2-7759 volume-detonating ammunition is twice as powerful as the KAB-500OD bomb.

Also, the Grom complex compares favorably with other ASPs with a discharge / flight range. From this point of view, the 9-A-7759 family surpasses most modern models of domestic development. The satellite guidance system provides a CVO of not more than a few meters, which also meets current requirements.

Weapons with the declared characteristics can be used to destroy a variety of ground targets with known coordinates, from manpower to fortified objects. The “Thunder” family is able to supplement existing TSAs in solving certain problems, and in other situations it can completely replace them, realizing its advantages. 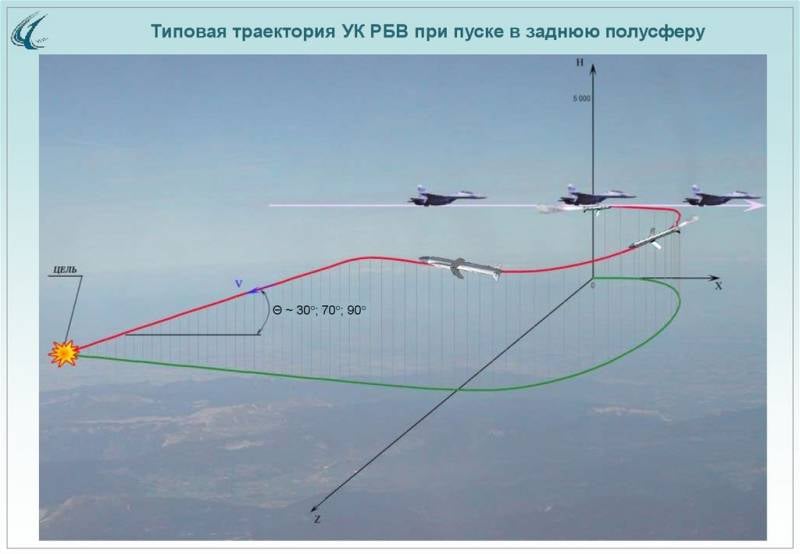 Weapons for the future

Last year, KTRV announced the completion of major work on the 9-A-7759 Thunder project and its readiness to supply serial products to customers. Bombs and missiles of new types are ready for use in the aerospace forces and the use of various types of combat aircraft. At the same time, development work is ongoing to integrate such ASAs into the armament complex of promising UAVs.

Apparently, these processes will be completed in the next few years - probably simultaneously with the adoption of drones in service. Thus, in the foreseeable future, the Russian air force will be able to get all the required weapons systems with high performance and wide capabilities.

However, the future of the ASP family “Thunder” is still unknown. Reported completion of the tests, but information on the adoption of such weapons in the arsenal of the Russian Aerospace Forces has not yet arrived. In addition, well-known messages featured only a willingness to export - but not to the supply of their army. However, the latest news provide reasons for optimism. The Ministry of Defense decided to equip promising UAVs with Thunder, and with them manned aircraft of all major types can also receive such weapons.

We are in Yandex Zen
The Thunder rocket-bomb armament complex: modular architecture and accuracy
An-12 in Afghanistan
29 comments
Information
Dear reader, to leave comments on the publication, you must to register.